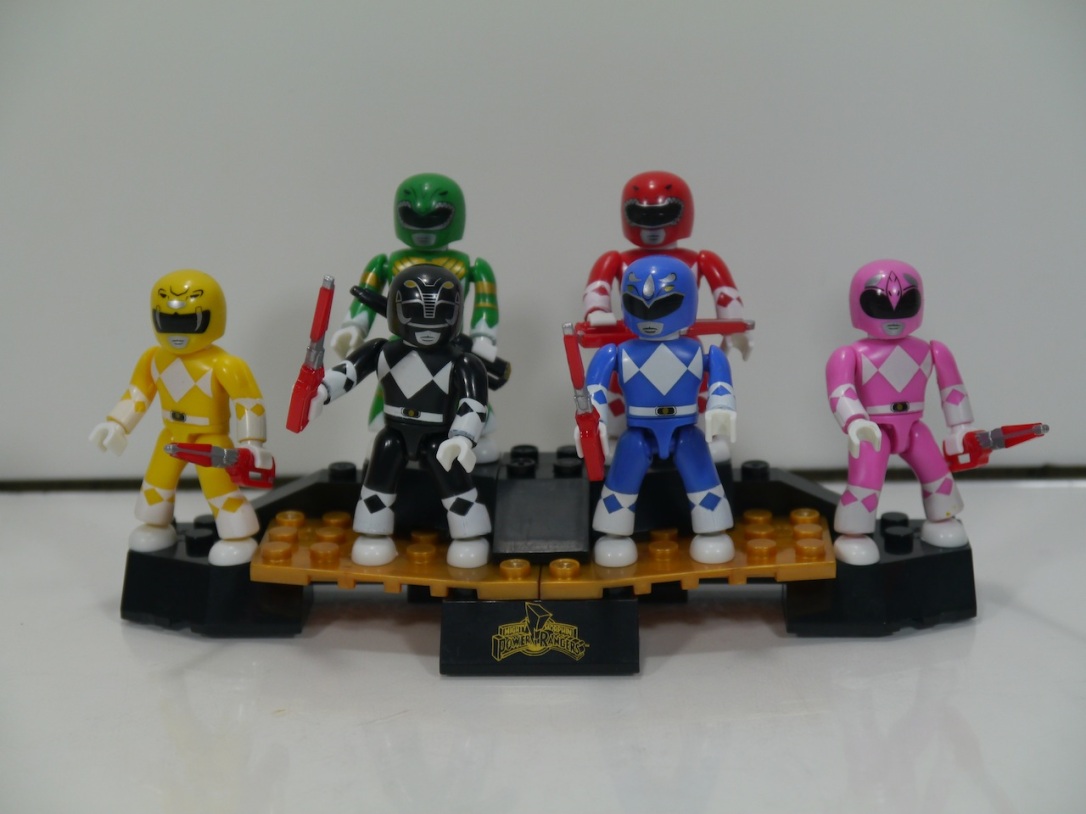 To celebrate the 20th Anniversary of Power Rangers, MegaBloks has broken away from the current season to go back where the series began, Mighty Morphin Power Rangers. This Collector Pack is $14.99 and is a Toys R Us exclusive. The set includes the six original Mighty Morphin Power Rangers: Green, Black, Pink, Blue, Yellow, and Red. Each figure is done in the style of the latest Megaforce Mini-Figures, which feature movable joints in the shoulders and hips, as well as the hands and feet. Included with each Ranger is a Blade Blaster in Blade Mode, with the exception of Green, which includes a Blade Blaster that is painted up to vaguely resemble the Dragon Dagger. Yeah. All share the same mold, and all the males have the same face while all the females have the same face. Unfortunately Green does not have a Dragon Shield, but instead has it painted on his chest. This is a bit of a disappointment, as it would have been fun to have a Dragon Shield to attach to any other Mini-Figure release. The lack of individual weapons is also a bit of a let down, considering this is meant to be a Collector Pack. Also included are pieces to build a black and gold base, with the front featuring the MMPR logo. The base is cool, and has room for all six figures, and more if you wanna squeeze them in. Overall, this is a great pack that is a must have for Megabloks fans and fans of MMPR or Zyuranger. It’s unfortunate that I have the feeling Megabloks won’t be releasing any more team sets, but with Super Megaforce on the horizon, lets hope we have some more teams! I’d love to have a team I’m actually excited for. Overall, definitely worth the $14.99, despite the flaws.