I come home to find a Mandarake box and an HLJ box from forever ago since I shipped them SAL, and SAL is awful (sorry people named Sal). In light of deciding to forgo most collectible figures and pursue completing sets of RP toys and giant robots, as well as the fact I was getting the Super Best Den-O and OOO belts coming soon, I made a Mandarake order for the Keitaros Phone, Birth Driver, O-Medal Holder, and a couple odds and ends I can’t remember. They ended up only having the Birth Driver and O-Medal Holder, but I got them for cheap so that’s fine with me. My HLJ box shoulda had Tobaspino in it, but they’re awful people over there. I did manage to get the Figuarts Book, the LBX Paradise Capture Set I got on sale, as well as the Super Sentai Zyudenchi Set 02. Yup, toys.

The next day I did the rounds on one side of town. I did manage to find Beast Hunters Arcee, who kinda sucks, and I stumbled upon a Target that actually had Pokémon toys! I felt like it was seeing a yeti. I did stop at one more Target and found the Ultra Morphin figures, so that was a plus I guess. I need more Pokémon. 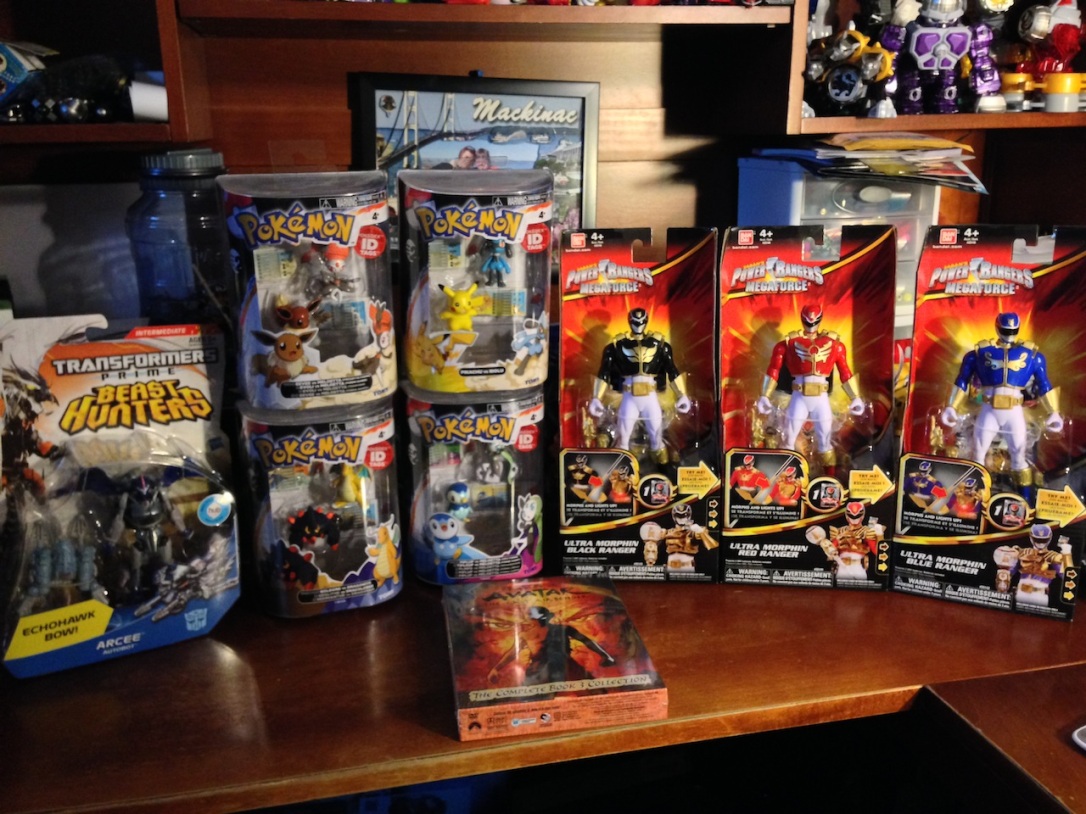