I apologize for the loud static like audio in the video. The raw footage sounded very quiet, so I upped the audio level. When it rendered, it apparently turned into that. I’ll forgo any audio adjustments in the future. Really sorry for the lack of quality in the video. I hope to have everything worked out soon. Thanks.

It’s been a while! I’ve missed a few hauls thanks to the move, but pretty much everything has been mentioned in the Podcast or reviewed, so it’s not really a huge deal. I’m finally 100% in my new house. Once everything is unpacked and in place, I’ll do a V-Log showing it off. It’s a small place, but it’s perfect for just the two of us (and Bella!) so we’re happy with it for sure. I’ll hopefully have a review station up soon to get back to the regular setting, but for now, it’s the retro desk wall. Anyway, this is a pretty small box that contains all of October’s Gaim toys (sans the Musou Saber) and Kyoryuger items (sans Bragigas) as well as some more Ultra Hero 500 toys, the newest Sentai Figuarts, an SIC, and a Makai Kado. Oh yeah, an LBX is there too! I was able to secure a Bragigas and Musou Saber from AmiAmi thanks to Jedimon, but I’ll probably hold off on shipping them to save on shipping costs (both items are huge) and because I’m low on money for the rest of the month, thanks to the whole buying a house thing. I’m after Super Sentai Zyudenchi 03, I’m gonna start cranking out the newest figures first, then go back and touch upon the backlog. Sorry it’s been a long time coming for some of these toys, but I hope to be all caught up by the end of the year. Here’s hoping! Thanks for all the support during the move. You guys are great. 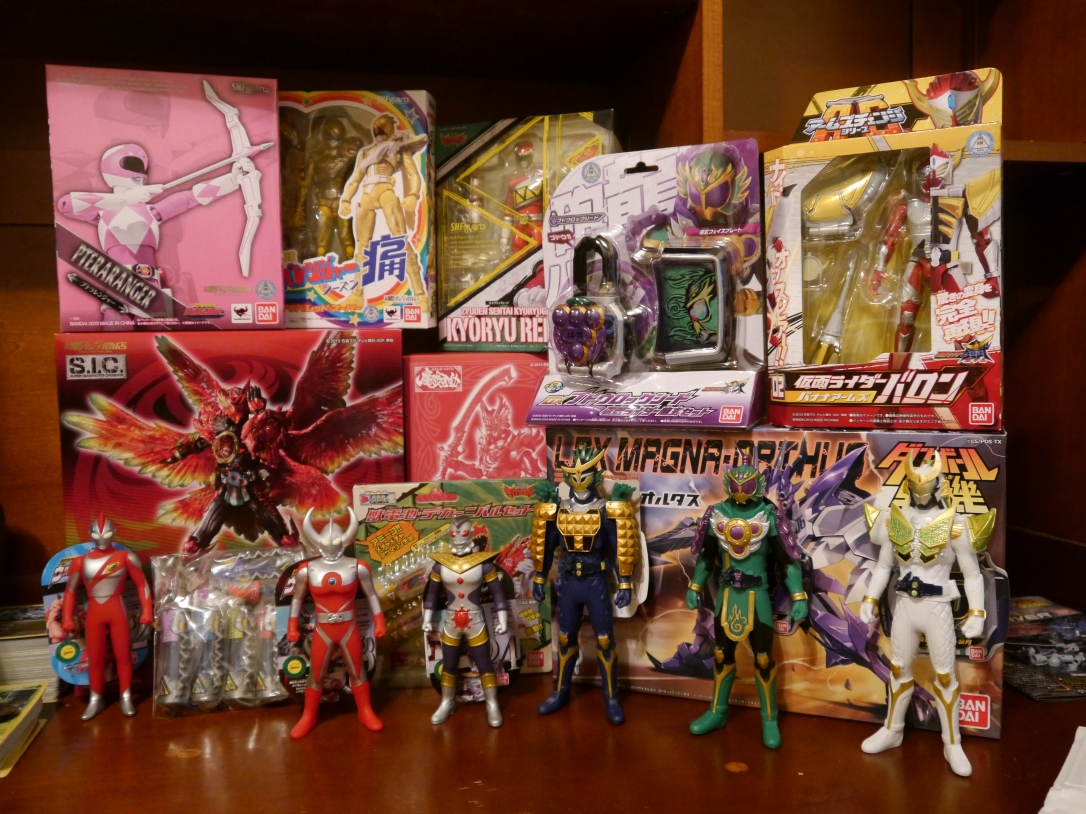