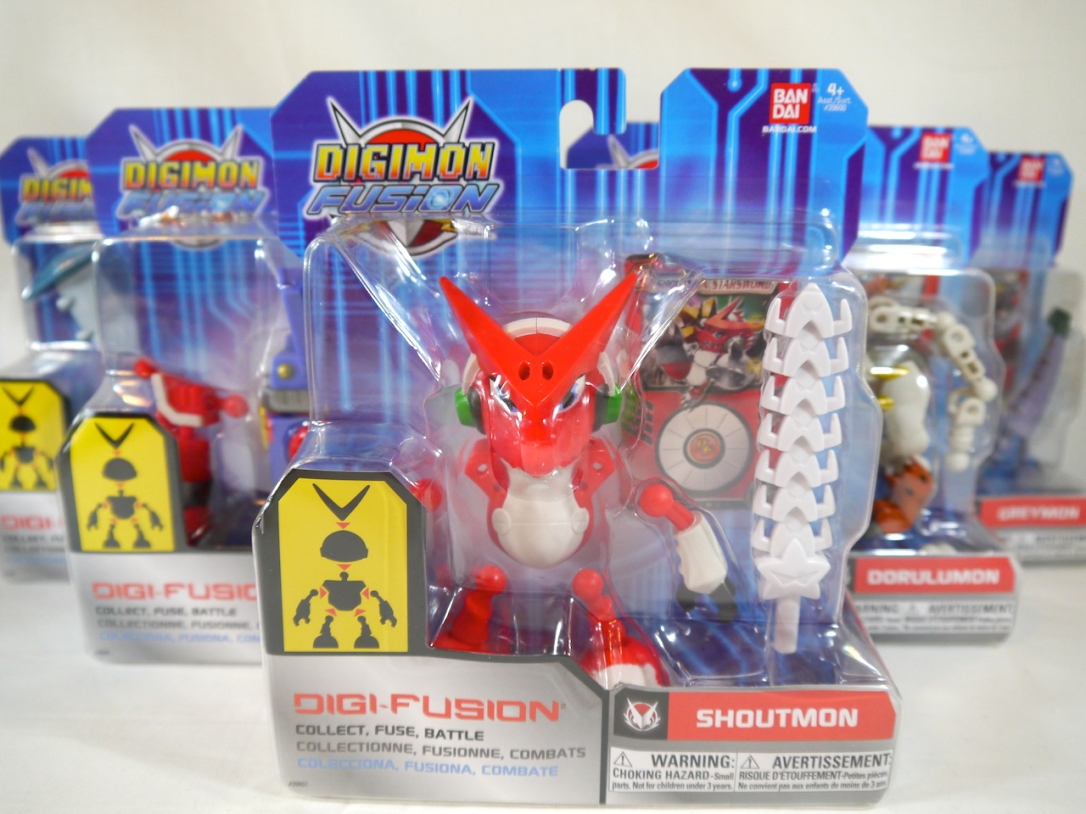 The Digi-Fusion line is a line of roughly 4-5″ figures that are half figure, half buildable kit. It’s not a straight up model kit, but it’s a snap together figure similar to the kind of joint system LEGO Hero Factory uses, just implanted into an action figure. Each figure retails for $8.99 and includes one Digi-Card of the character you’re buying. The whole point of this line is to have fun and be creative! You can follow the rules and create Shoutmon X3, Shoutmon X4, and Metal Greymon, or you can go wild and create your own Digimon! It’s worth noting that with only five figures released, your possibilities are rather limited, but nearly every pieces is compatible with each other, so there’s nothing stopping you from making a Shoutmon with Ballistamon as a head and Greymon arms. I personally think the most fun is adding pieces to Shoutmon X3 or X4 to see what alternate combinations you could make. I’m really fond of the create at the end of this video. As standalone toys they’re not that great, and if you’re not going to collect them all, the future “action feature” line is probably more along what you need. However if you’re going all in, and really love building toys, then you’ll probably really enjoy these. While Shoutmon X4 is pretty neat, Metal Greymon is unfortunately lacking and the engineering just really hinders the end result. While they’re not great pick ups, Greymon and Mail Birdramon do give you some really cool pieces to use on the other figures, so they’re not that bad on that merit. Overall, this is a really fun line geared towards kids and lovers of building toys. If you have a wild imagination, it’s fun to see what you can come up with, even with the limited amount of pieces. I can’t wait to see what other Digimon get released, and what whacky combinations they will result in. They fill a very specific role and they fill it well.