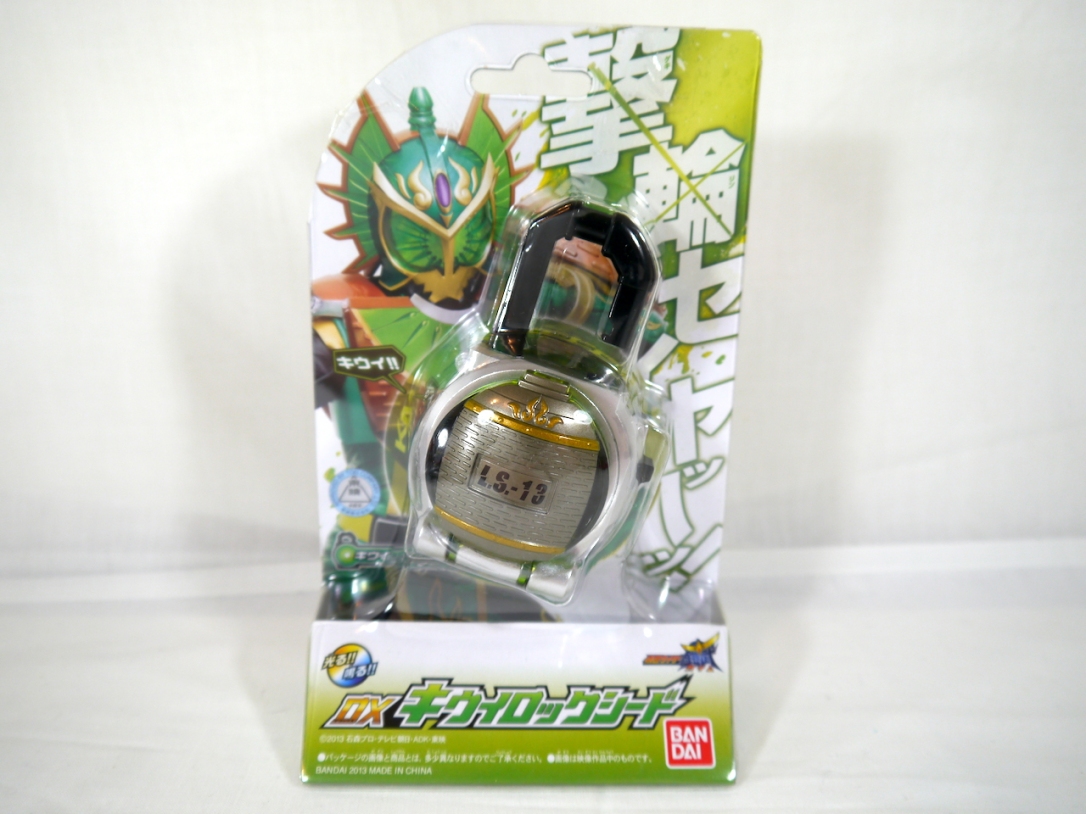 Lock On! Get your Kiwi Lock Seed from CSToys International!

Ryugen receives his second Lock Seed in the form of the DX Kiwi Lock Seed! It was released early December, 2013 for the normal price of ¥1,500. The Kiwi Lock Seed grants the user the Kiwi Arms, a unique take on the simple plop and unfold style of armor from the series. The user is granted the Kiwi Gekirin, a set of chakram (bladed rings) for a new, unique fighting style. Given how Ryugen is usually a long distance fighter, a set of arms giving him power in close combat is really neat. As usual, the button on the back cycles through the Inves Game sounds, and on the fifth “Battle Start!” you’ll hear an Inves squeal. In the Sengoku Driver you can hear “Kiwi Arms! Geki! Rin! Sei-ya-ha!” followed by the Squash, Au Lait, and Sparking attacks. The Musou Saber lets you discover the “Kiwi Charge!” and “Kiwi Power!” sounds as well. In short, it’s a great addition to the collection, and the way the toy says Kiwi is probably my favorite thing ever to be honest.