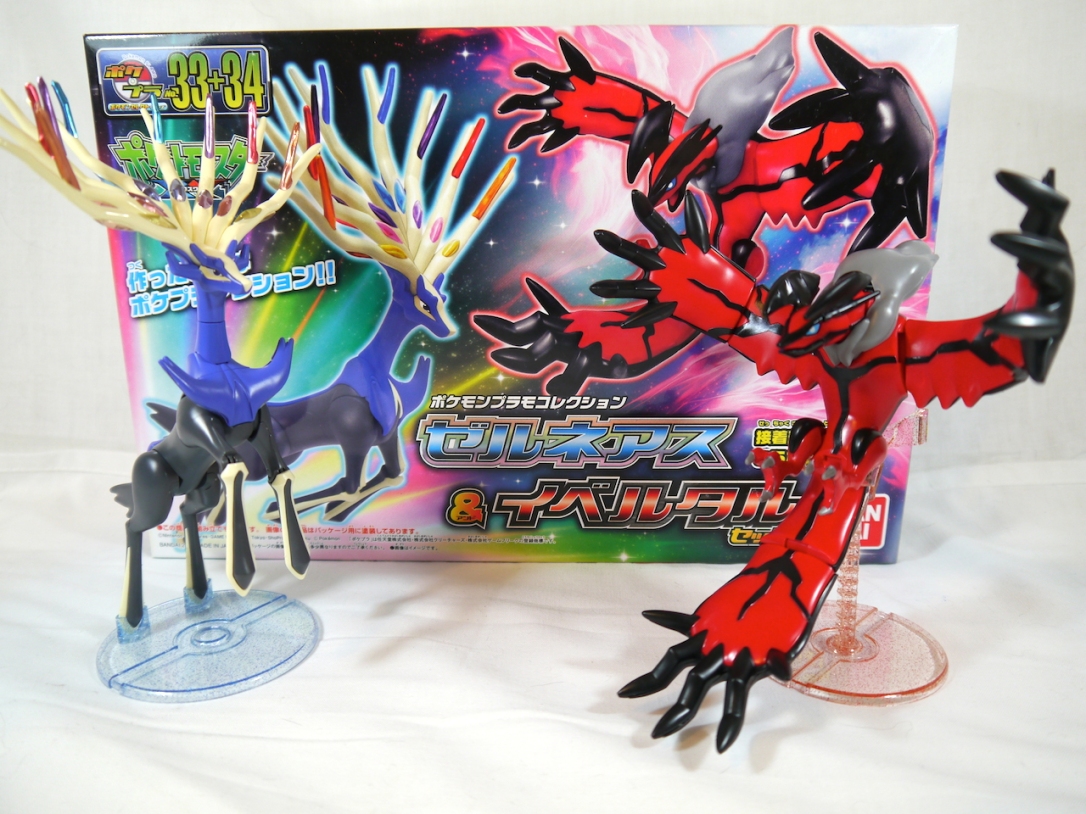 Due to the odd drought of releases after Mewtwo, and the long gap between the individual releases and this set release, it’s been a while since we last took a look at the PokéPla line. With Bandai’s lower line kits seeing a lot of upgrades lately, it’s always interesting to see if these kits have improved. While I can’t say there’s been a huge jump, Xerneas and Yveltal continue the trend of pretty solid kits established with Genesect. Both kits feature some pretty decent articulation for what they are, and being Legendary stand alone releases, have minimal amounts of stickers. Xerneas’s stickers all accumulate into the beautiful antlers on his head, while Yveltal’s make up the black lines on his body and gray diamonds on his back. Xerneas features articulation in his head, neck, hips, and front knees. Yveltal has articulation in the head, mouth, neck, shoulders, middle of wings, tail, middle of tail, and hips. While not the greatest in articulation, for their builds, it works for them. Overall, both kits are really easy to build, and are great for people who like a relaxing build with a nice statue-esque result. Given my past with the PokéPla line, as well the end result of most of the stickers falling off my kits during the move, I’m hesitant on continuing this line, and unfortunately I probably won’t, as I want to put my focus on Zukan and the TCG. That being said, don’t let my disinterest deter you, as these are pretty solid kits for their less than $10 price tag, and I recommend tracking them down if you want a nice relaxing build. But given how there are/will be larger vinyl releases and other such releases, there are nicer, more solid representations of these guys out there.