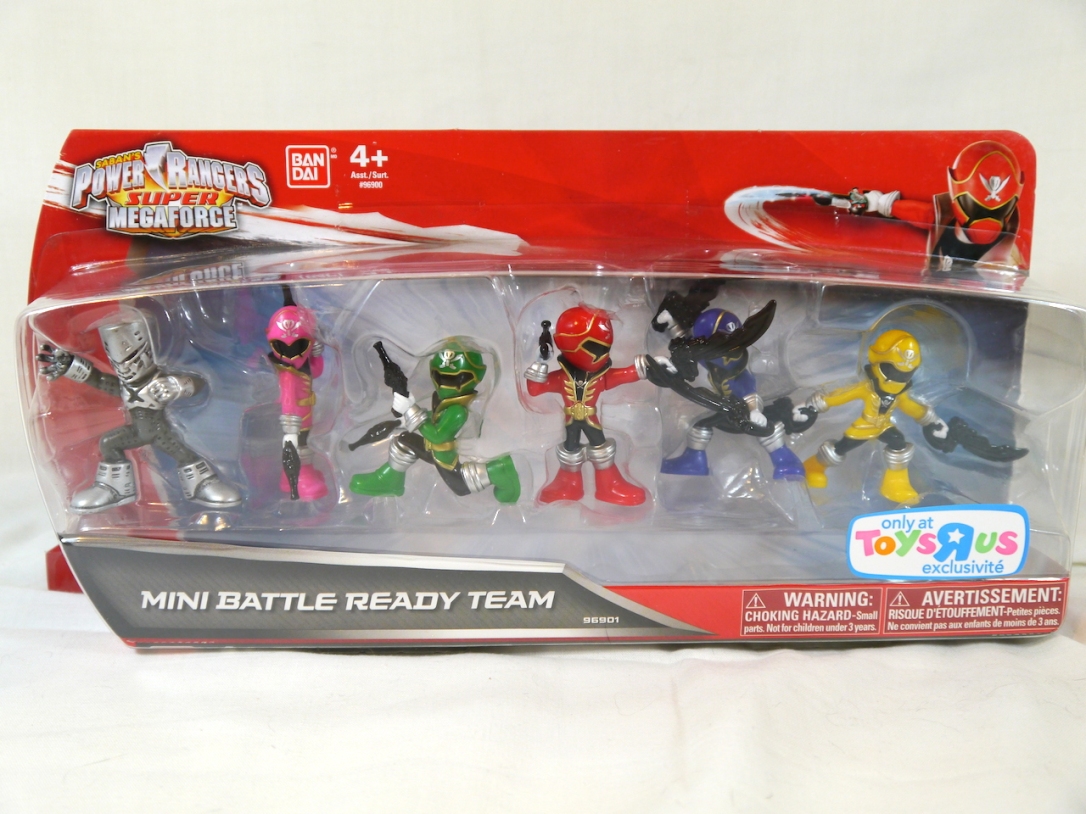 Can’t find it? Order it now from TRU.com!

Despite the fact that (due to low sales) Bandai canned any attempt at “Mini Battle Ready Figure” blind packs for Power Rangers Super Megaforce, a set has been produced and sold exclusively through Toys R Us! Like previous sets of these, it includes the full team of five as well as a villain. If it wasn’t obvious enough at this point, the set includes Super Megaforce Red, Super Megaforce Blue, Super Megaforce Green, Super Megaforce Yellow, Super Megaforce Pink, and an Xborg. Articulation is minimal, with only some Rangers featuring some swivels in their design. Regardless of articulation, the figures done in the same style as Megaforce. I love that they highlight their fighting styles, with Red having one of each weapon, Blue and Yellow having two swords, while Green and Pink have two guns. The Xborg has no weapon, but that’s fine. Sculpt is nice, as is the paint. The Xborg even has a nice blackwash just like the 5″ figure! Overall, for $19.99, the set isn’t bad. This places it at $3.33 before tax per figure, which fits right in with the previous $3.99 per figure price with the blind packs. Given how this is the only way to get these, fans of these figures should definitely grab this set.