Our next group of Support Ressha arrive in the form of the Police Ressha and the Fire Ressha! Both of these rescue Ressha were released in May, 2014 for ¥1,500 each. Certainly on the affordable side of import collecting! The Police Ressha is, as you guessed it, modeled after a police car, complete with light bars and the traditional black and white color scheme. The front car contains a flip out gun, while the rear car features flip out handcuffs. Each segment replaces an arm on ToQ-Oh or Diesel-Oh to make ToQ-Oh Police and Diesel-Oh Police respectively. The Fire Ressha is probably our coolest Ressha to debut yet. Modeled after a fire engine, it sports a traditional red and black color scheme. The front car features a small water cannon, while the back car features a fold out ladder with another water spout (which can apparently spout fire too!) on the end. The rear car replaces the right arm of ToQ-Oh and Diesel-Oh. While you CAN pop the normal front car onto the left arm of each robo, it can actually fold up, with a pop out handle to form a fire extinguisher! This is to be held in the normal left arm of ToQ-Oh and Diesel-Oh. Together it forms ToQ-Oh Fire and Diesel-Oh Fire. Unfortunately these two awesome Support Ressha do not have any positions in Cho ToQ-Oh or the upcoming ChoCho ToQDai-Oh, at least as far as we know. Hopefully these two Ressha will make their way into the final combination, as I feel these are the coolest standalone releases yet, and deserve a place in the final cluster of trains. Both are highly recommended to Ressha collectors. The weapons and features in these two make them the neatest to just play with and display. 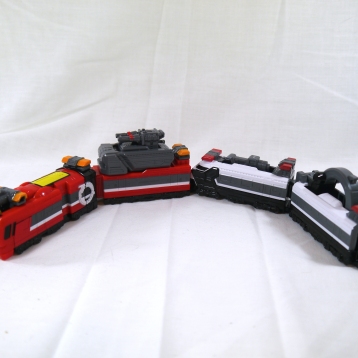 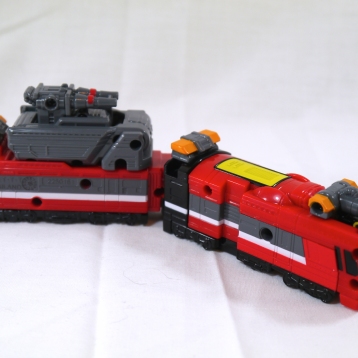 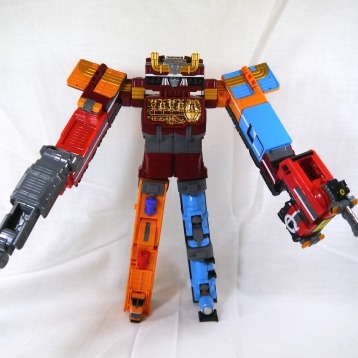 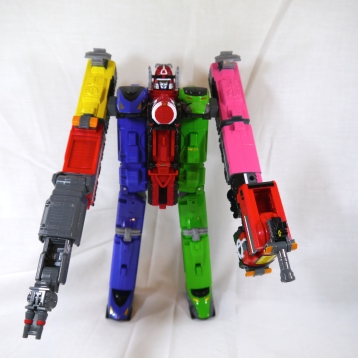 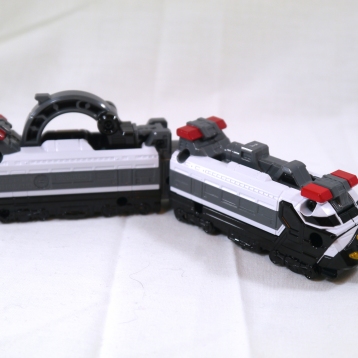 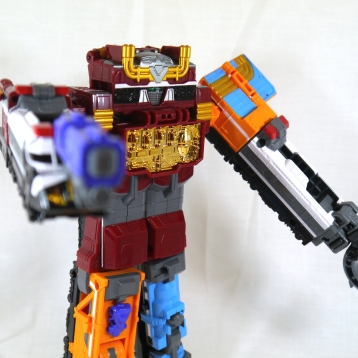