Our 12th entry (even though it’s well beyond 12 at this point) into the Arms Change series is Ryouma Sengoku himself, Kamen Rider Duke in his Lemon Energy Arms. He was released in May, 2014, for the usual price of ¥3,000. Duke’s base body is really cool. While he shares a lot of design with Baron and the other European Riders, Duke’s head sculpt is just really cool. Possibly one of my favorites. The blue used is really nice too. The Lemon Energy Arms itself is a remold of the Mango Arms. Fortunately the retooling and simpler design works, as it’s much easier to transform the Lemon Energy Arms than it is the Mango Arms. Like Mango, the giant plastic shell cape leaves a lot to be desired. While I love the way the front, shoulder pad, and helmet look, there’s just no way to make that cape look appealing. On the plus side, the Lemon Energy Arms does have a fully painted back piece that looks really nice, so I have to give it a little credit. Also included is the Sonic Arrow. By getting this toy, and thus the Arms, you’re also now capable of giving Kamen Rider Baron his final upgrade! Unfortunately if you plop this thing on Baron, the Driver is completely wrong. Fortunately, by removing the screws and top portion of the figure, you CAN swap Drivers to give Baron the Genesis Driver. Unfortunately, the Duke logo on the armor makes him inaccurate still, so in the end, unless you customize the chest armor, there’s no major point. It’s at least possible to do for you customizers out there. Regardless of potential Baron inaccuracies, Duke himself is a great figure and a cool base body to own. He’s unique enough from the others to add a lot of new formations to the line. Definitely worth the pick up. 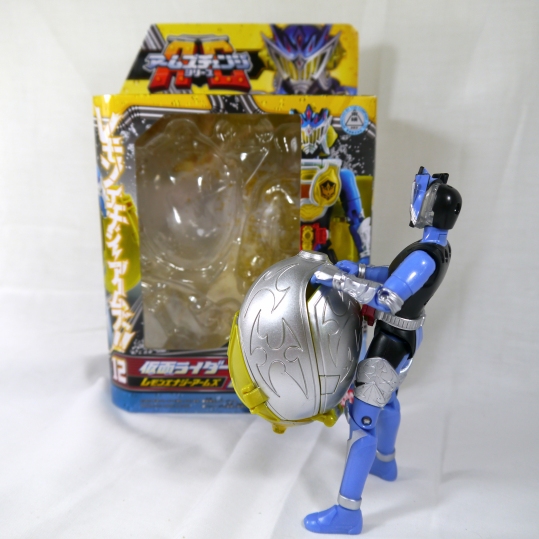 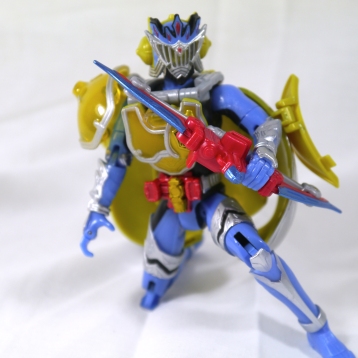 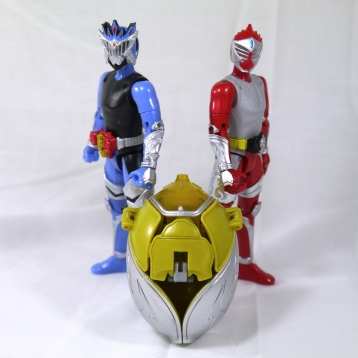