The Kamen Rider Gaim summer movie features two all new Kamen Riders: Mars and Kamuro! These Riders transform using the power of the Apple, in both gold and silver variations. Mars wields the Golden Arms, while Kamuro wields the Silver Arms. Of course, to promote the film, Bandai has released the Gold and Silver Ringo Lock Seeds in a set together, bundled with Mars and Kamuro faceplates for the Sengoku Driver! They were released in tandem with the movie in July, 2014 for ¥3,800 for the set. Both Locks have their own unique activation noise, with the button playing an opening and closing Helheim Crack noise! Each Lock Seed obviously has its own unique call and attack sounds as well. The Mars faceplate plays Baron’s “Come On!” on the Sengoku Driver, while Kamuro’s plays Gaim’s “Soiya!” Like most Lock Seeds, they can be used in any other Lock Seed functional toy on the market, and use the usual “____ Charge!” and “___ Power!” sounds in the weapons. Overall, these Locks just LOOK beautiful. The chrome is nice, the unusual colors are great to see, and the sounds are unusual and interesting. While not necessary, as they more than likely won’t pop up in the show, I feel they are worth it for the sounds alone. Just really neat looking additions to the collection. 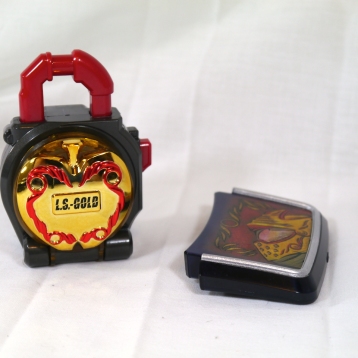 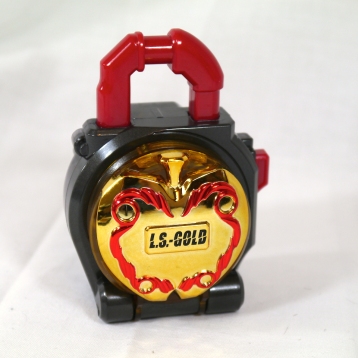 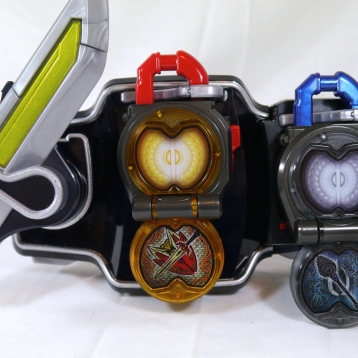 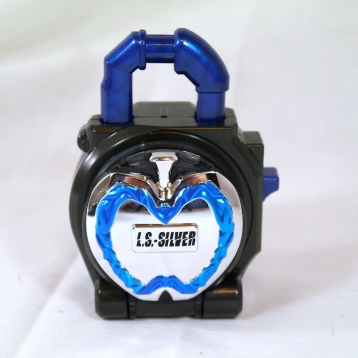 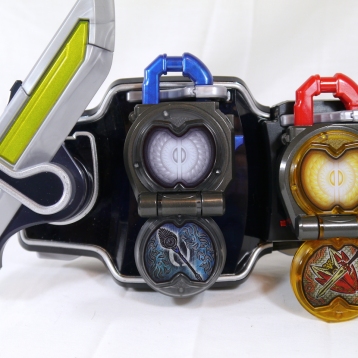