SpruKits is a catch-all model kit line released by Bandai America. As the “Designed in Japan” tagline says, these are a collection of model kits released in Japan, now available on US shelves. At release, the line consists of DC Comics, Halo, and LBX (now airing on Nicktoons, for all you Danball Senki fans out there). I’ve been a fan of Danball Senki/LBX for year or two now, so I basically knew what to expect going into Bandai Hobby’s model kit lines. I was met with an experience very much like LBX or even GunPla. Nice simple kits that at the core, require no scissors, no glue, and no paint. For those worried about not being able to build it, you shouldn’t worry. These basic kits are really easy to build, and shouldn’t give you much trouble. Bandai set me up with a set of the three Halo releases for review. Like I said in the video, my experience with Halo ended with Halo 2, as I never purchased an XBox 260 or XBox One (though I will admit, The Master Chief Collection has me on the fence about a future XBox One purchase). That being said, I’ve moderately kept up with the franchise after not being able to play the games anymore.

That being said, I actually really like these kits. I haven’t handled any Halo toys since I stopped playing the games, but I’ve seen plenty of releases that were pretty detailed. While I can’t directly compare, I can safely say just in terms of look, these kits won’t compare to a detailed figure. Despite that, if you’re an experienced model builder, I’m sure you can turn these pretty basic kits into some gorgeous display pieces. Each piece has plenty of molded details that could be brought out with a thin blackwash on each kit. Each figure stands roughly 5″ tall and has all the basic points of articulation you would expect from today’s figures. Each figure includes a display stand, a left open hand, and two weapon holding hands. Master Chief and Gabriel include the Battle Rifle and Pistol while Sarah includes two Pistols. Each weapon can be stored on the figure via attachable pegs and holsters. Sarah and Gabriel have a few sticker applications, but Master Chief comes with no stickers whatsoever.

At the end of the day, while there are ultimately more detailed options to purchase, if you enjoy building, these kits are pretty great. Sarah and Gabriel unfortunately have some weird looking biceps, but Master Chief is a pretty nice kit. Unfortunately price plays a huge factor in this. Level 2 SpruKits run $19.99 at Toys R Us. Considering LBX are also at this price point, and retail in Japan for about $10, the $19.99 price tag just seems way to high. Given the convienence of buying off a US shelf, I can understand $14.99, but $19.99 a pop just seems to high for what you get out of the box. That being said, if you can find these on a discount, or some kind of BOGO sale, the price evens out, and the kits are actually worth it. If you’re a fan of Halo, give one of these (probably Master Chief) a shot. They’re not the greatest, but the build is fun, and the end result is an enjoyable little figure. 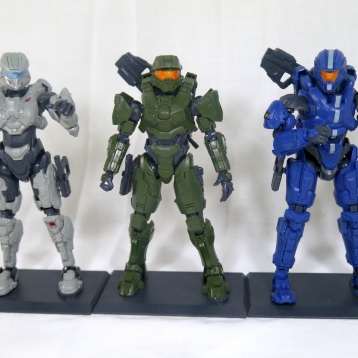 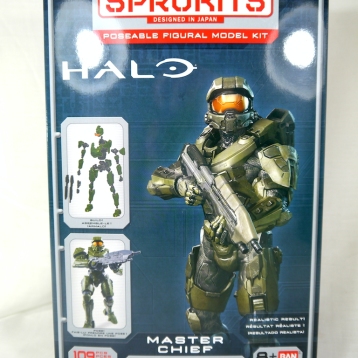 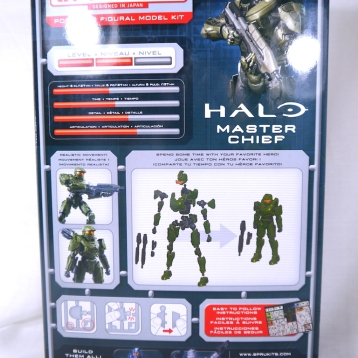 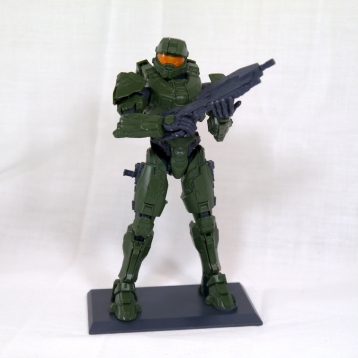 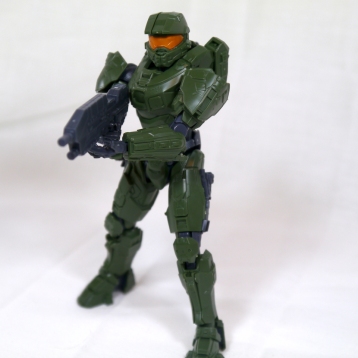 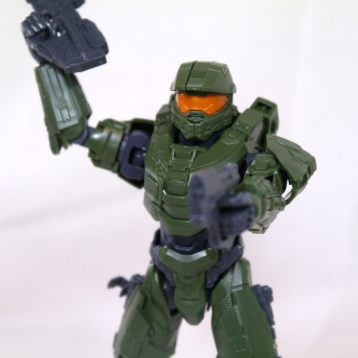 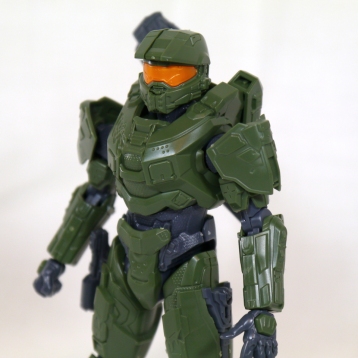 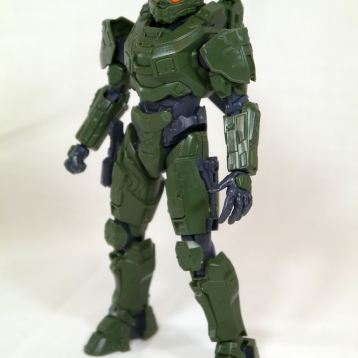 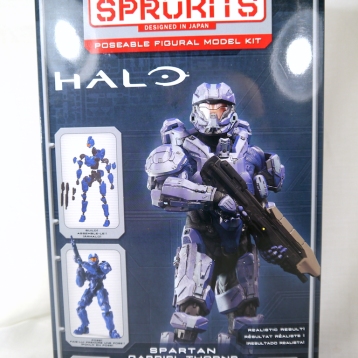 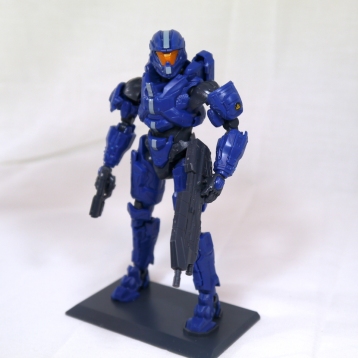 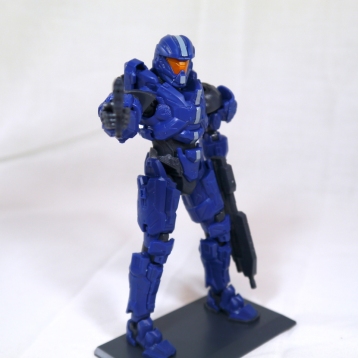 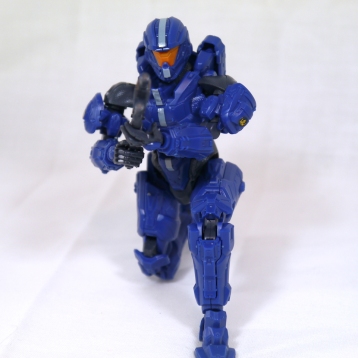 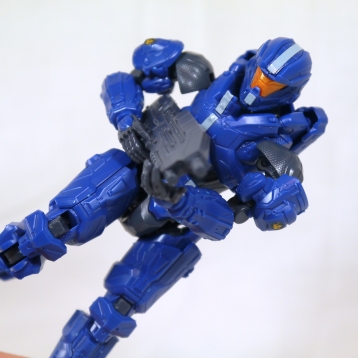 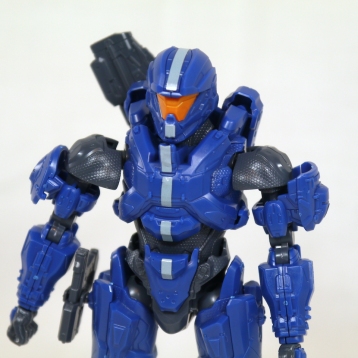 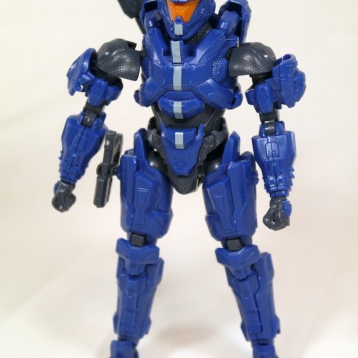 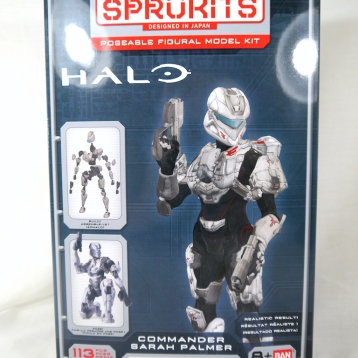 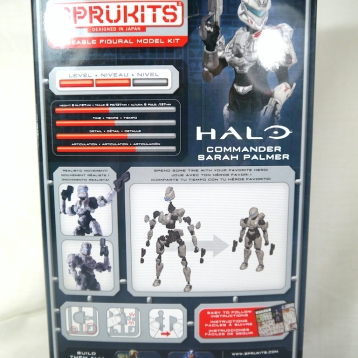 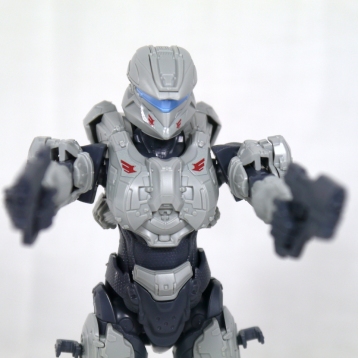 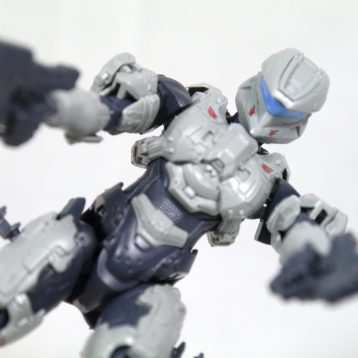 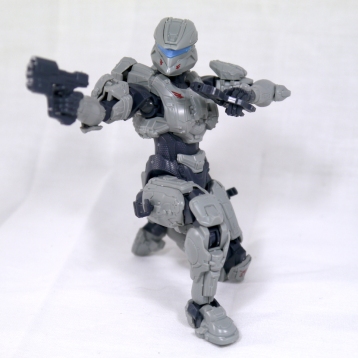 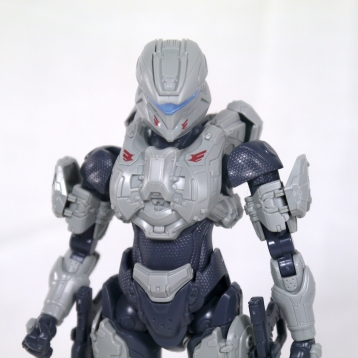 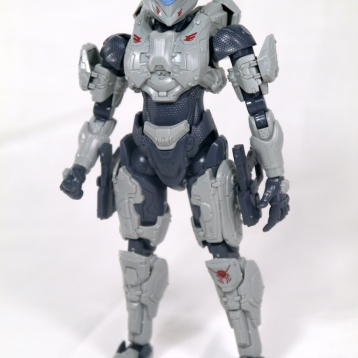 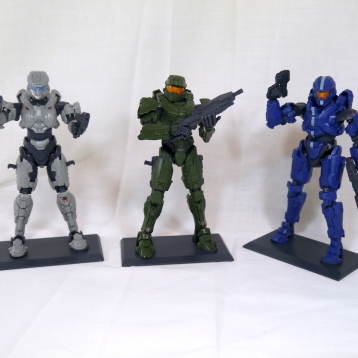