Gaming has always been a core element of the Nerd Block Classic, but the company has hence decided to split the world of gamin into a new product: Arcade Block. For the same $19.99 plus shipping as Nerd Block Classic, you get a t-shirt and a boxful of goodies all related to your favorite gaming franchises. What you get inside is random every month, so you never know what franchises or items the Block Crew will touch upon next. For those of you not quite into gaming, you can check out Nerd Block Classic (pop culture/comic based), Horror Block (horror based), or the Nerd Block Jr. (kid franchises) varieties as well. There’s a Block for everyone! Click on the link below to subscribe.

Contents of October 2014’s block, as well as my unboxing video are after the jump. 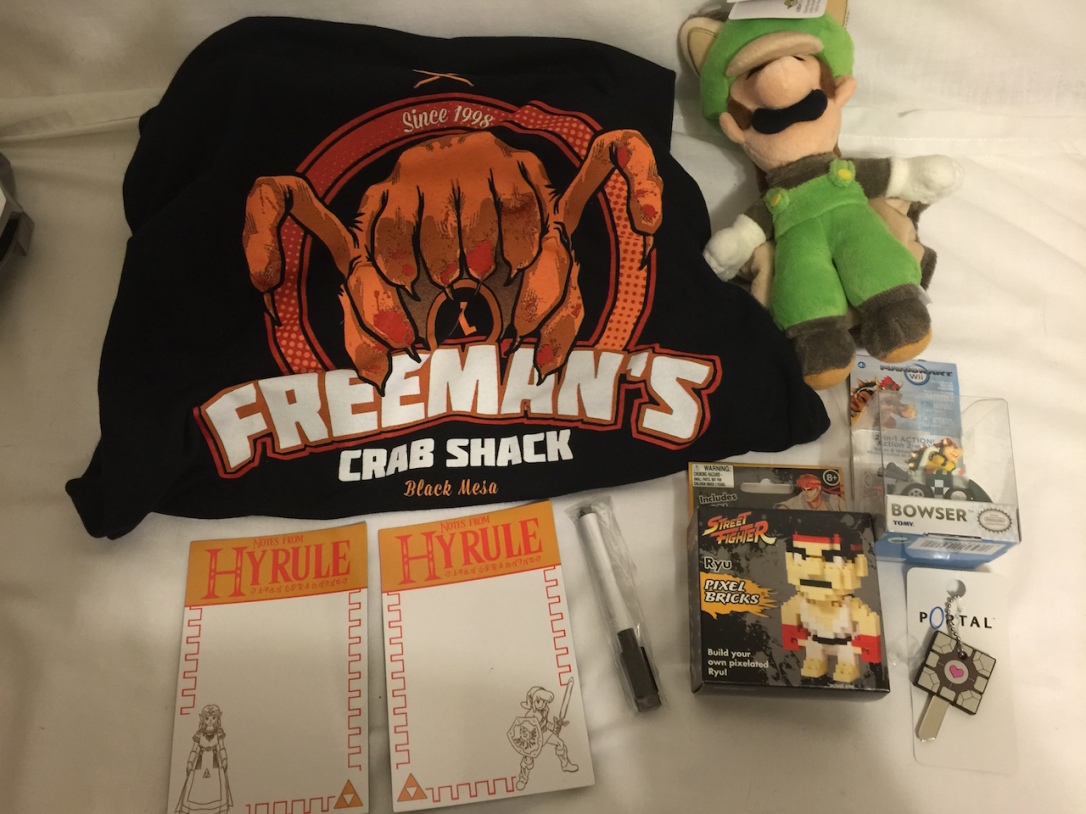 I sat around and contemplated joining Arcade Block when it was initially announced so long, that the subscriptions for September closed out from under me. With the knowledge that I would be receiving 1Up Box (and under the assumption it was going to be gaming focused) I didn’t know if this was something I needed. After viewing an unboxing for September’s Block, I determined it was. My first Arcade Block did not disappoint. I’m big into gaming, to the point that I know quite a bit about franchises I don’t even play. With that in mind, I knew I was going to love this. I’ve even played all the franchises (and games) in this Block. The shirt is great, the plush is something I didn’t have, and the “Pixel Bricks” is something I didn’t even know existed, I dig it! The smaller items are neat too, with the key holder being awesome, and the whiteboards being particularly neat as a hardcore Zelda fan. Where Nerd Block is hit or miss for me, I know Arcade Block is something that will continue to make me happy month after month.

As always, these aren’t for everyone, but if you’re willing to dish out about $30 a month for a surprise box filled with a bunch of neat (and possibly exclusive!) items, then this is a great thing to do. If you’re a horror fan, comic fan or have children you want to share the experience with, be sure to check out the Horror Block, Nerd Block Classic, and Nerd Block Jr. subscriptions as well. These things are really fun to me, and I look forward to next month’s Block.