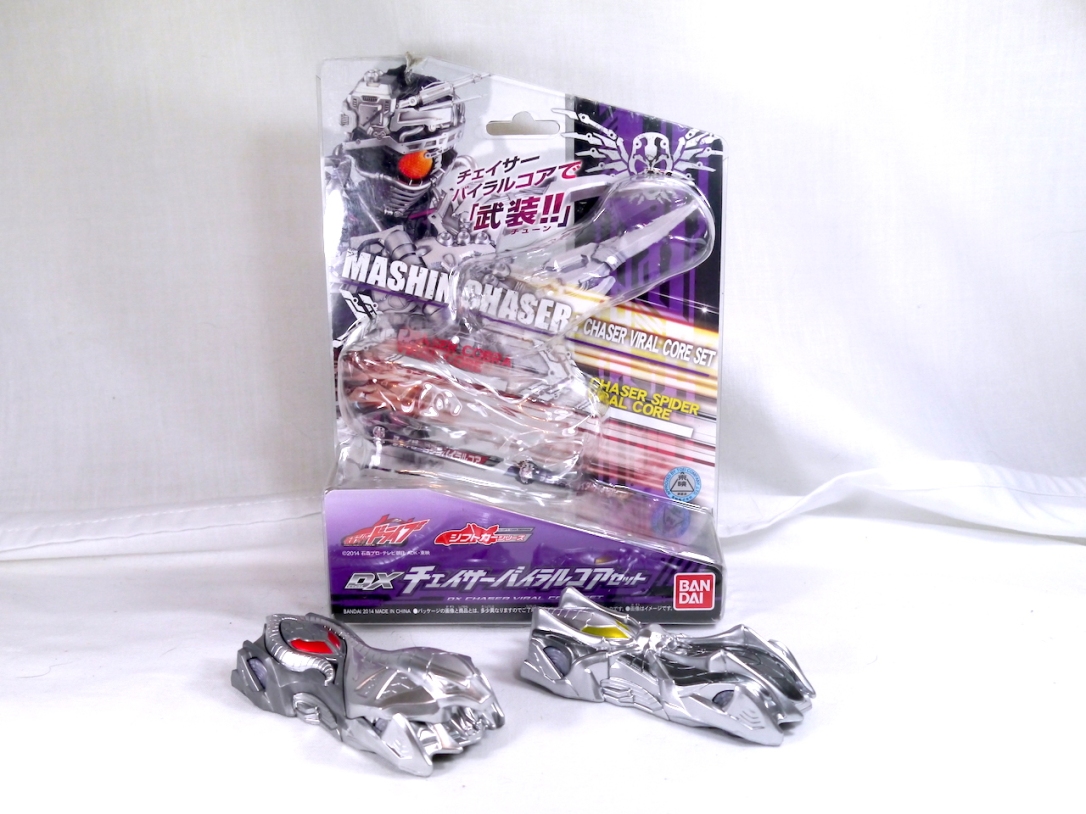 Released alongside the Break Gunner is the Chaser Viral Core Set. It was released in November, 2014 for ¥1,500. This set brings us the Chaser Spider Viral Core and the Chaser Cobra Viral Core, completing the trio of Viral Cores that Mashin Chaser uses to change the forms of his weapon. Both Viral Cores look fantastic, coated in a beautiful silver paint and looking like a beast covered version of a Batmobile. Both activate new attack sounds in the Break Gunner, and of course have new finishing attack phases as well. They can also be used in the Drive Driver, creating the “Dangerous!” sound. You can also use both Viral Cores can be used in toys like the Handle-Ken and Door-Ju as well.

Overall, if you picked up the Break Gunner, these are must haves, as they activate new attack sounds unique to these Viral Cores. Even if you haven’t, they look beautiful on display. While I can really only recommend these for Break Gunner owners, they’re worth a look regardless.