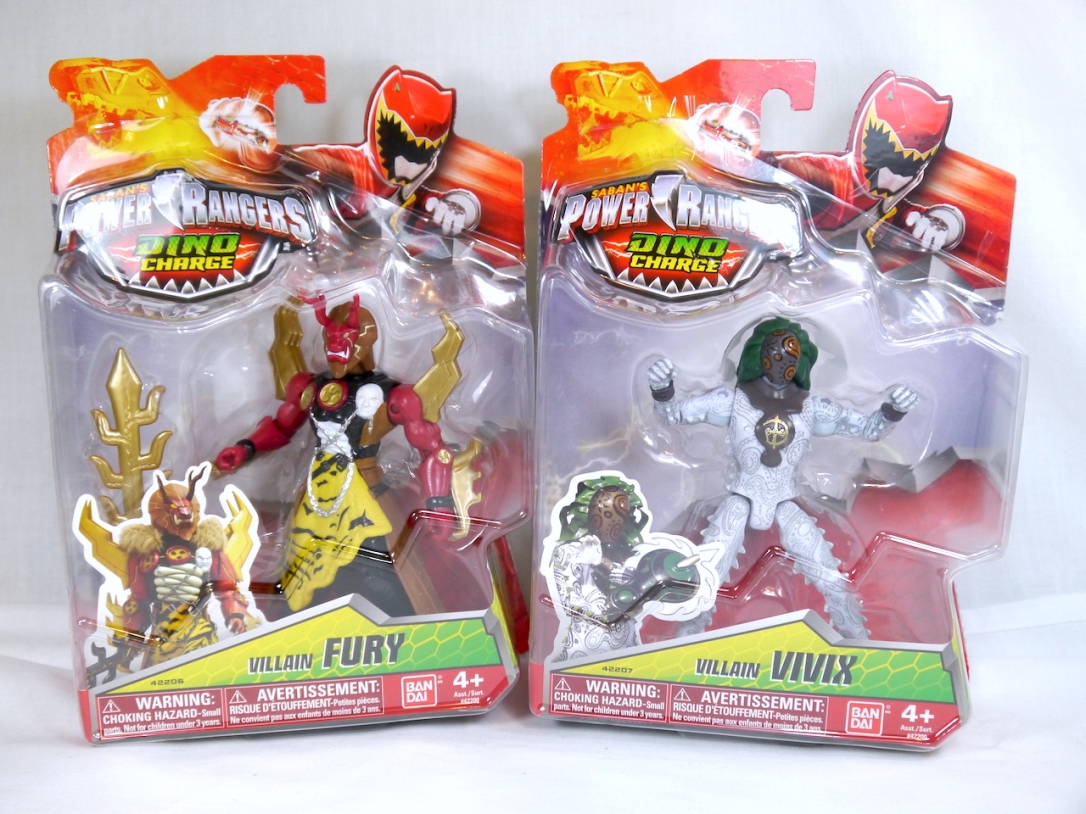 Wave 2 of the Power Rangers Dino Charge Action Heroes, much like the Super Megaforce line, bring us two villain figures in the form of Fury and Vivix, the Dino Charge representations of Dogold and the Zorima respectively. Given how little the villains get merchandise in Japan, these are always my favorite parts of the lines. Fury is a pretty fantastic figure. Give him a blackwash and the figure would probably look extraordinary. Right out of the box though, he’s still pretty fantastic in sculpt and detail. His design leaves some points of articulation hindered, but overall he’s just as solid as someone like Vekar was last year. Fury includes his sword accessory. The Vivixs are actually really well done. Like the X-Borgs, the Vivixs seem to have a light blackwash already applied, with some nice black line detailing appearing in the sculpt. Unfortunately, despite appearing on the box with a saw weapon attached to their hands, the figure version of the Vivixs unfortunately do not include any accessories. That doesn’t stop them from looking like nice figures though.

Overall, both Fury and Vivix are great pick ups, and are definitely worth the hunt and purchase. I love that we’re doing a decent amount of villains, as we already know of at least Sledge coming sometime this season. Hopefully future releases will look as good as these ones do. Definitely recommended. 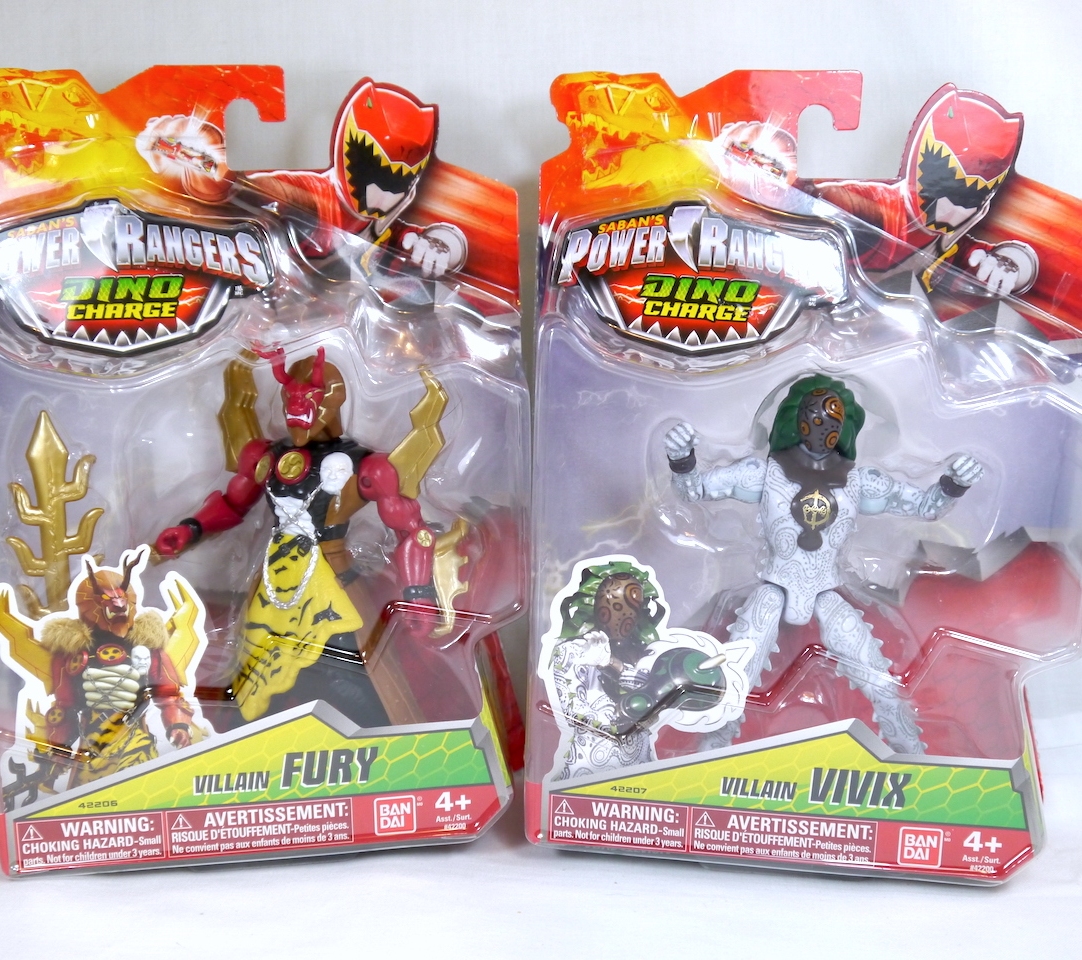 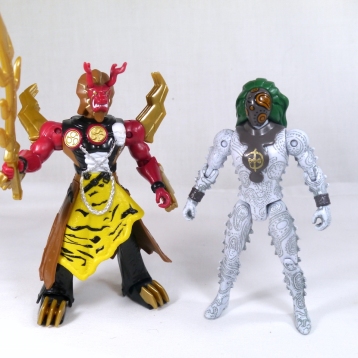 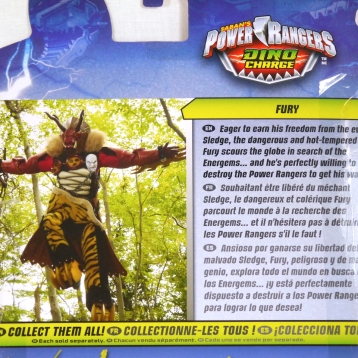 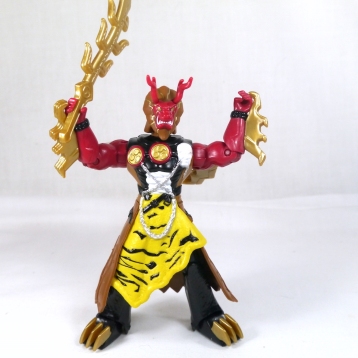 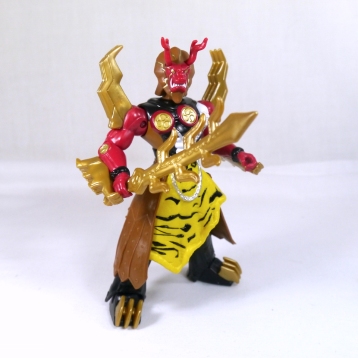 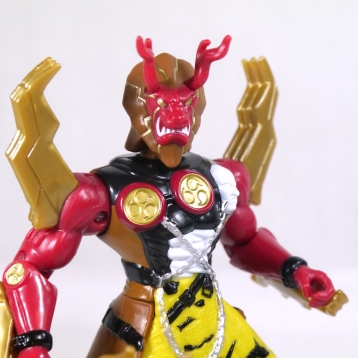 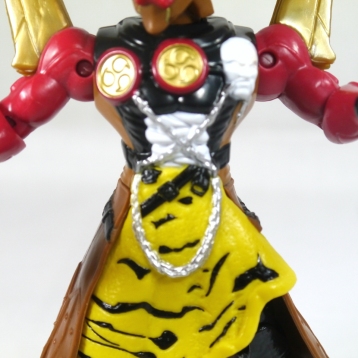 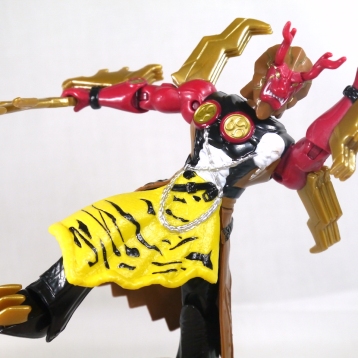 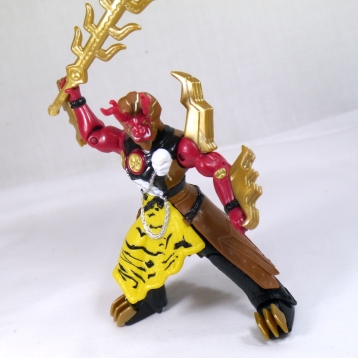 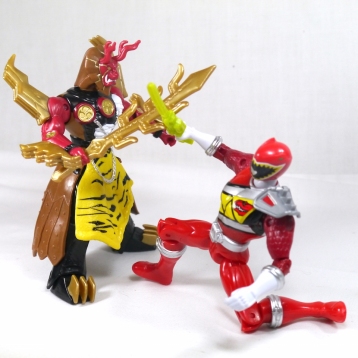 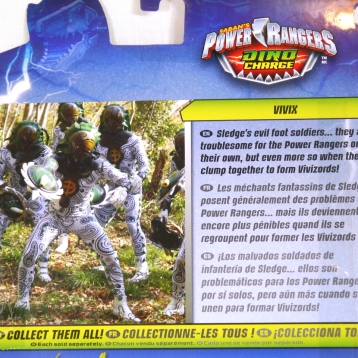 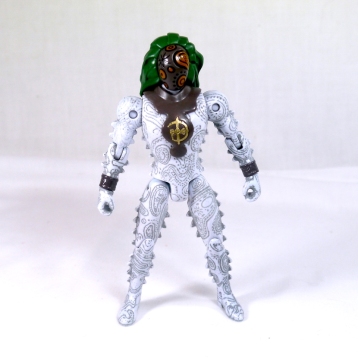 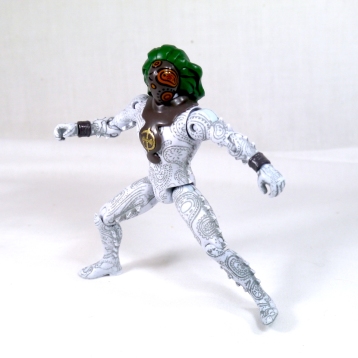 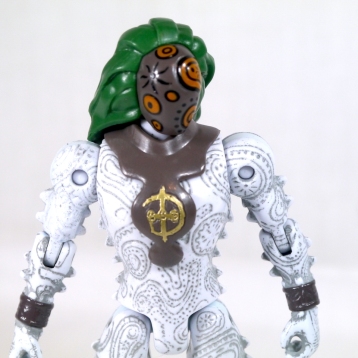 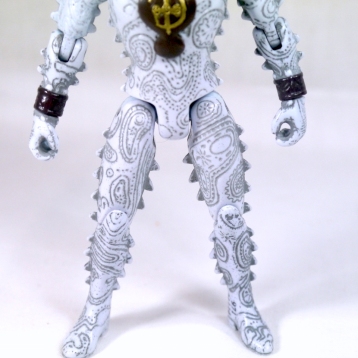 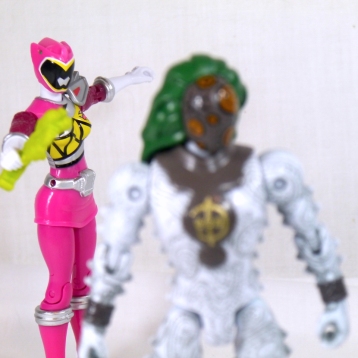 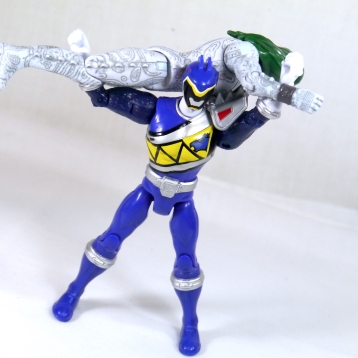 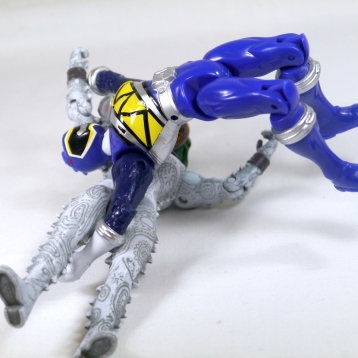 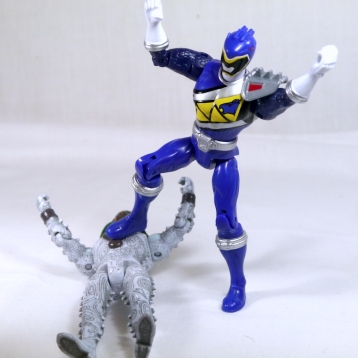 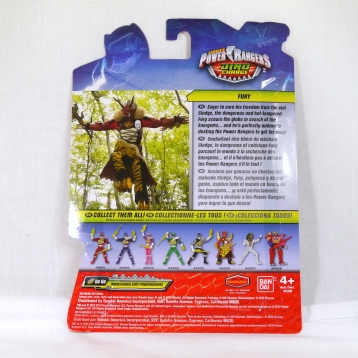 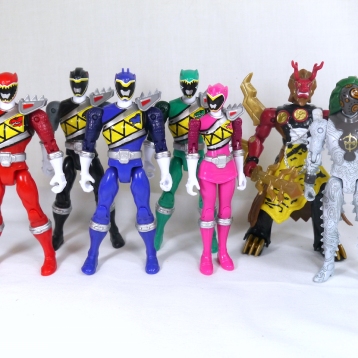