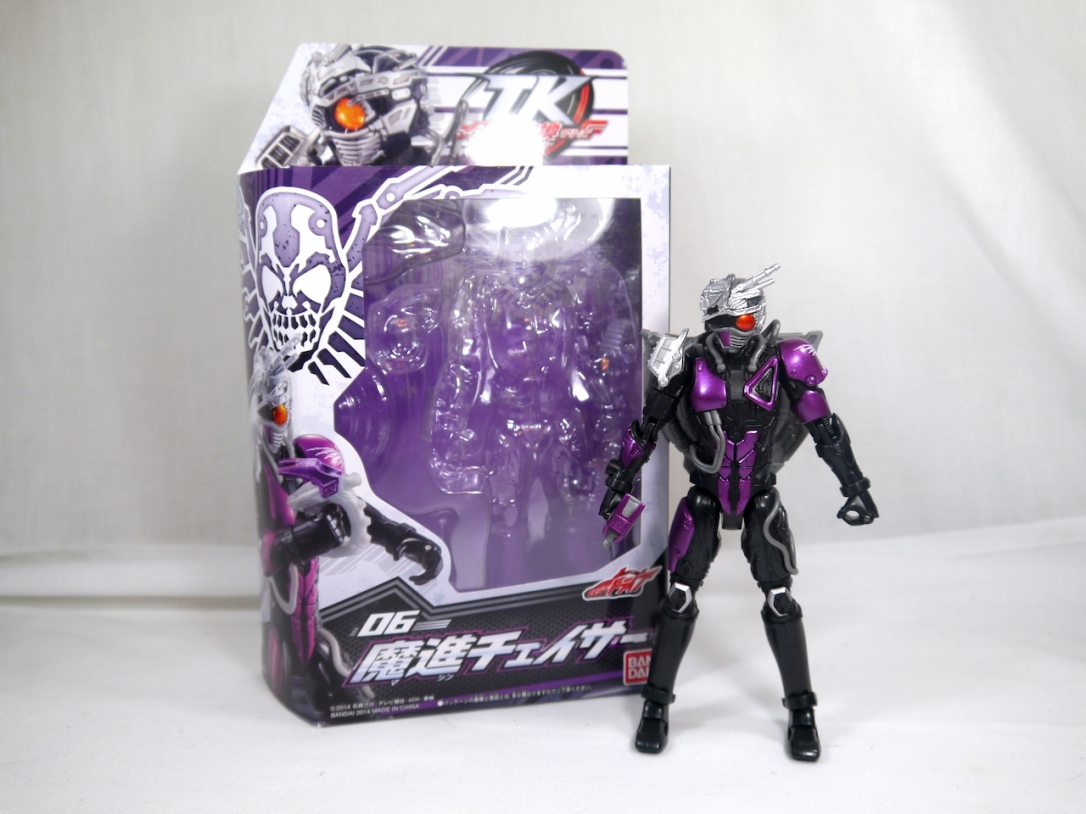 Mashin Chaser, the villain that just keeps getting merchandise! Our next TK release gives us the Grim Reaper himself, Mashin Chaser. He was released in December, 2014 for the usual price of ¥3,200. Included with Chaser is the Break Gunner and the E-Circular, which can transform into its Bat, Spider, and Cobra forms as seen in the show. The Chaser figure itself is sculpted really well, and is actually quite impressive on the shelf. The only issue I have with the figure is the huge Koukan port on his back. It’s there to hold the E-Circular in place, but when it’s not attached, it just looks really gaudy. The E-Circular can pop off the main portion of the connector and swing around to connect to Chaser’s arm. Unfortunately the cable isn’t as pliable or long enough for the figure to get some decent poses while it is attached to his arm. The weapon itself has three forms, Bat (a bow), Cobra (a whip), and Spider (a claw). Bat can even be used while still attached to his back to give him workable wings. The one benefit to this figure is that, thanks to the gaudy Koukan Port, Chaser can use any of the previously released tires no problem. They don’t do a whole lot back there, but considering Chaser can use the Shift Cars in the Break Gunner, it’s cool to see them equipped like that. The E-Circular can’t really be used with Speed or Technique, but it can fit on Type Wild and function mildly well.

Overall, despite my gripe about the Koukan Port being gaudy, Chaser is a great figure, and probably the best one to pick up as a standalone purchase. I wish the E-Circular was longer, but considering it can pop off the cable, you can still get decent poses with it. Unfortunately they won’t be accurate to the show, but hey, it’s a workaround. The release is a nice, affordable way to grab a Chaser figure, while still having some awesome functionality with past and future Tire releases. 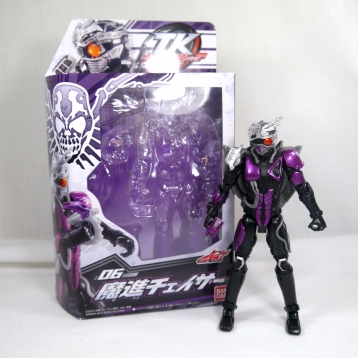 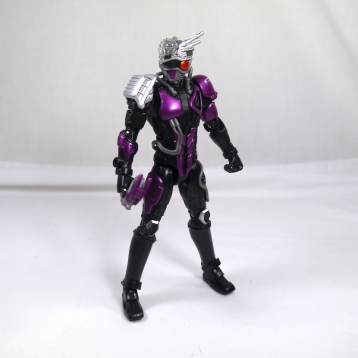 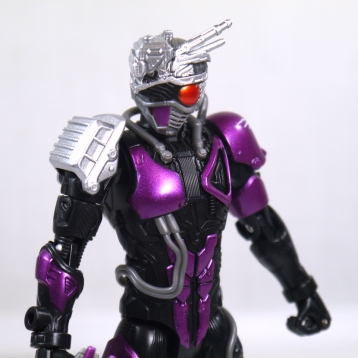 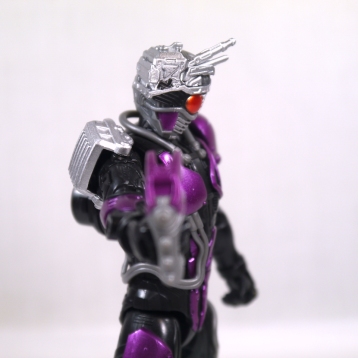 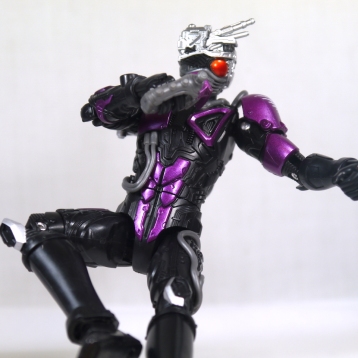 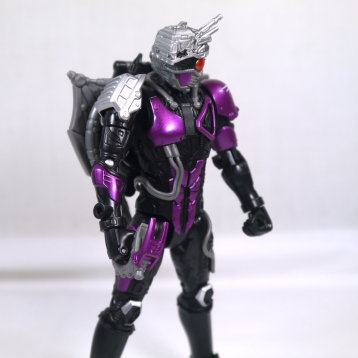 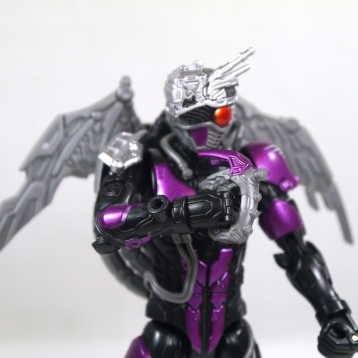 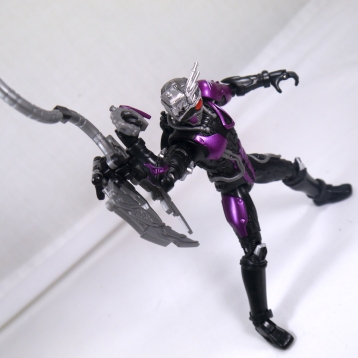 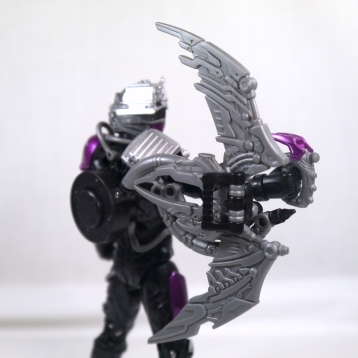 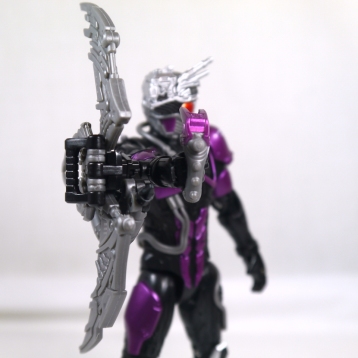 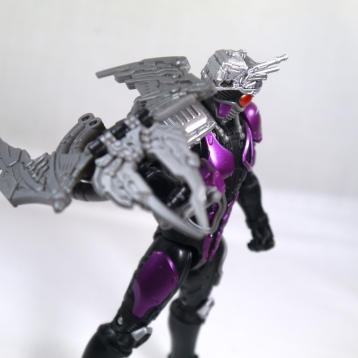 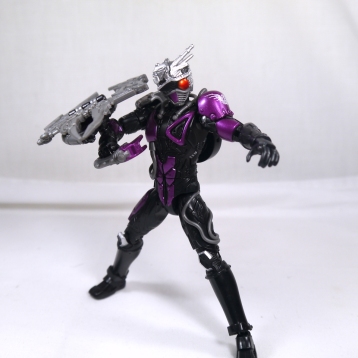 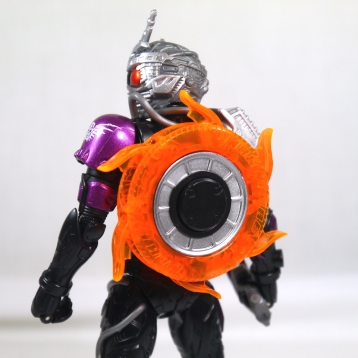 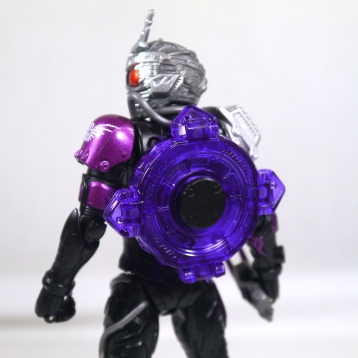 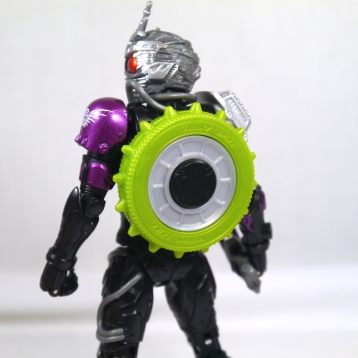 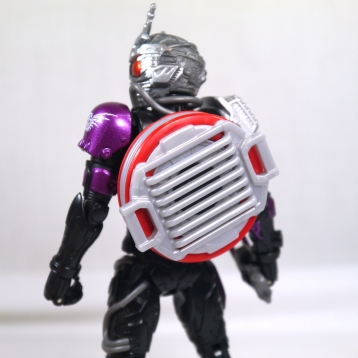 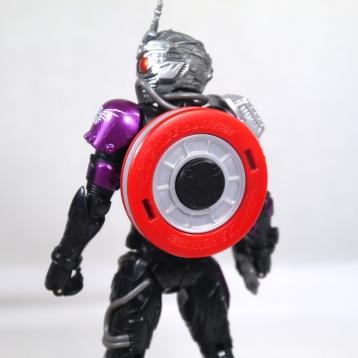 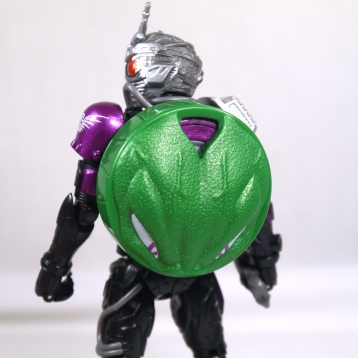 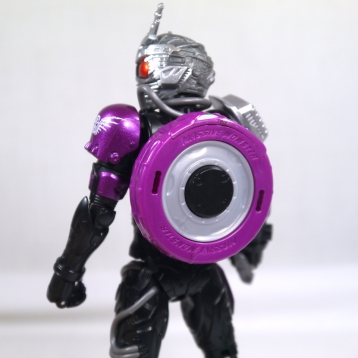 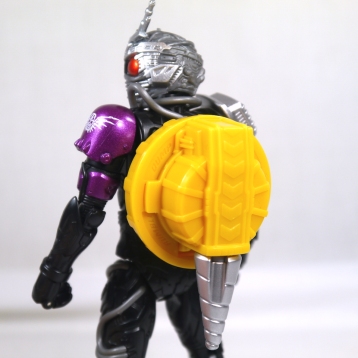 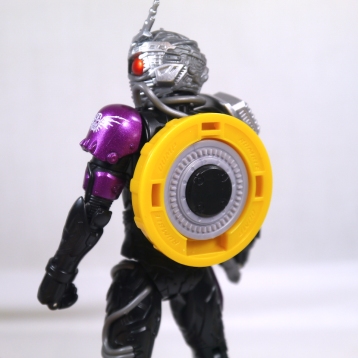 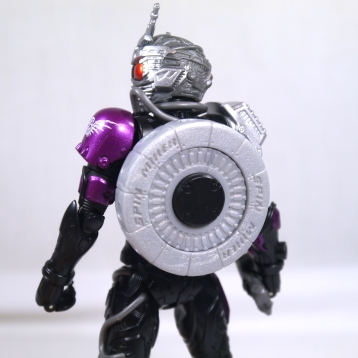 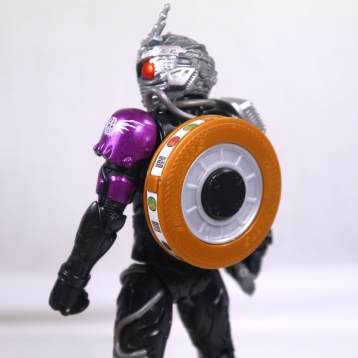 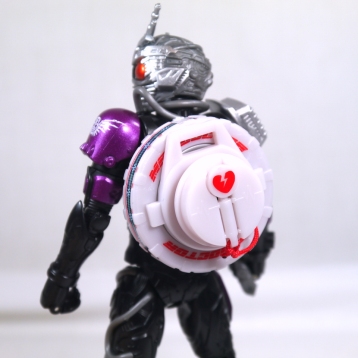 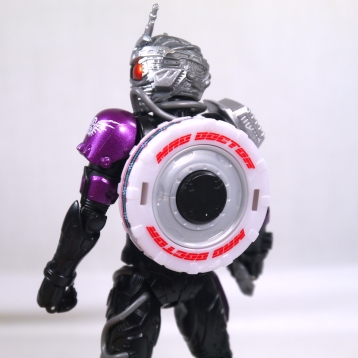 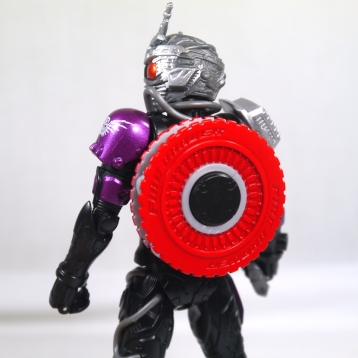 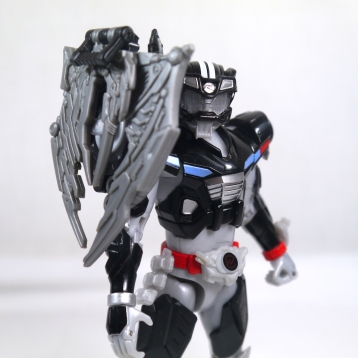 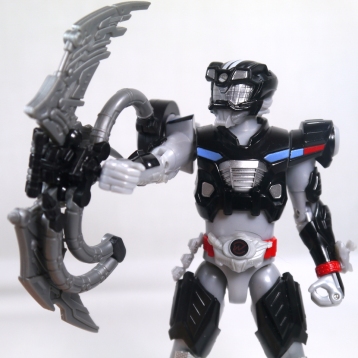 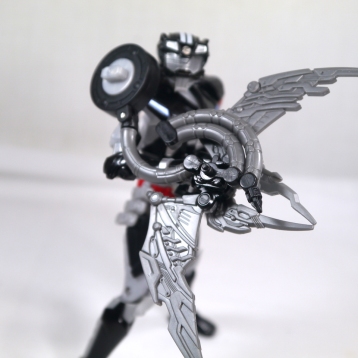