Gaming has always been a core element of the Nerd Block Classic, but the company has hence decided to split the world of gamin into a new product: Arcade Block. For the same $19.99 plus shipping as Nerd Block Classic, you get a t-shirt and a boxful of goodies all related to your favorite gaming franchises. What you get inside is random every month, so you never know what franchises or items the Block Crew will touch upon next. For those of you not quite into gaming, you can check out Nerd Block Classic (pop culture/comic based), Horror Block (horror based), or the Nerd Block Jr. (kid franchises) varieties as well. There’s a Block for everyone! Click on the link below to subscribe.

Contents of January 2015’s block, as well as my unboxing video are after the jump. 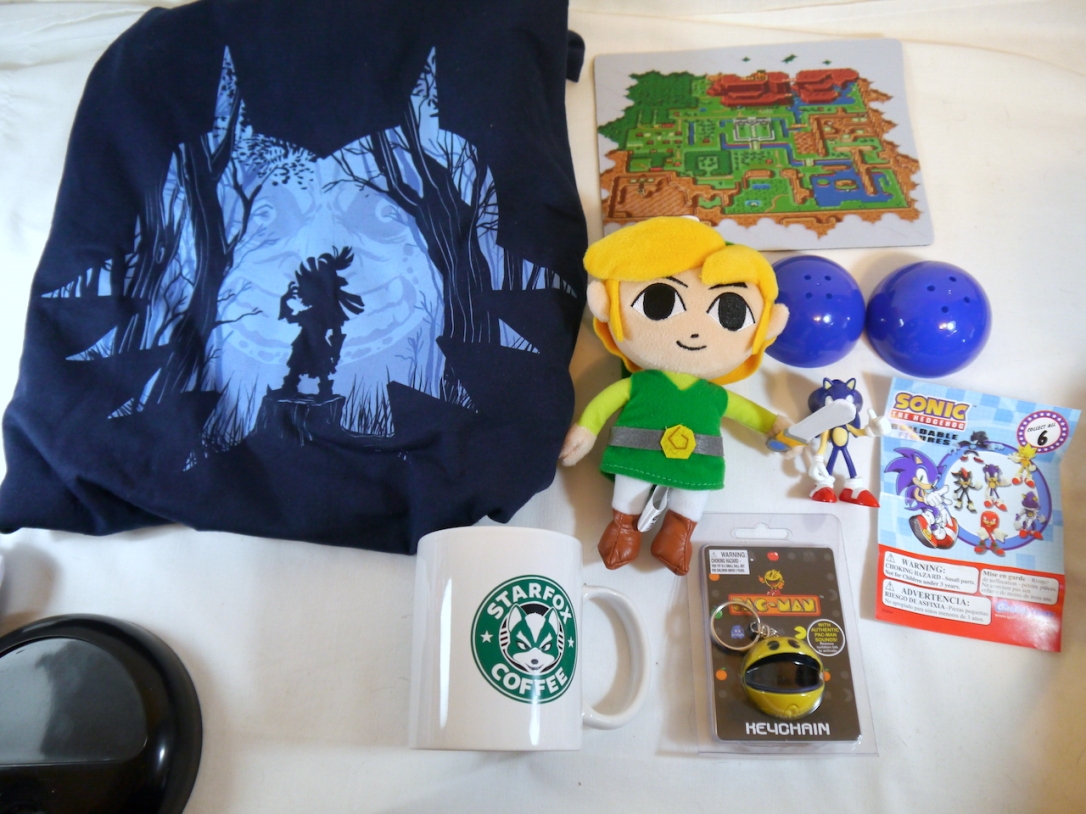 Another winner from Arcade Block. I think I’ve finally found a subscription box service that won’t disappoint me. I knew going into this Block that we’d be getting three Zelda items, so I knew it was going to be a hit. I just wasn’t expecting them to all be so cool. Just to get it out of the way, the shirt is probably my favorite shirt I’ve ever gotten out of these boxes. As a huge Zelda fan, I will wear this one with pride. It’s really beautiful. The mousepad, being ALttP fan, is amazing. So much so I probably won’t actually use it, but it will be hung, I can say that much. Finally the Phantom Hourglass Link plush is adorable. He’s a new desk buddy. The Star Fox item was unexpected. I knew it was coming, but I had no idea it would be a mug. The joke is pretty great, and I’ll definitely use it in some fashion. The Pac-Man keychain is a winner only because it makes the waka-waka-waka sound I love so much. Finally the least important item is the Sonic figure. I probably would have liked it if I had ANYONE else, but I got Sonic. Ugh. Regardless, this was a fantastic Block, and easily my favorite one yet. If you keep cranking out superb blocks like these, I will cherish you forever Arcade Block. Forever.

As always, these aren’t for everyone, but if you’re willing to dish out about $30 a month for a surprise box filled with a bunch of neat (and possibly exclusive!) items, then this is a great thing to do. If you’re a horror fan, comic fan or have children you want to share the experience with, be sure to check out the Horror Block, Nerd Block Classic, and Nerd Block Jr. subscriptions as well. These things are really fun to me, and I look forward to next month’s Block.