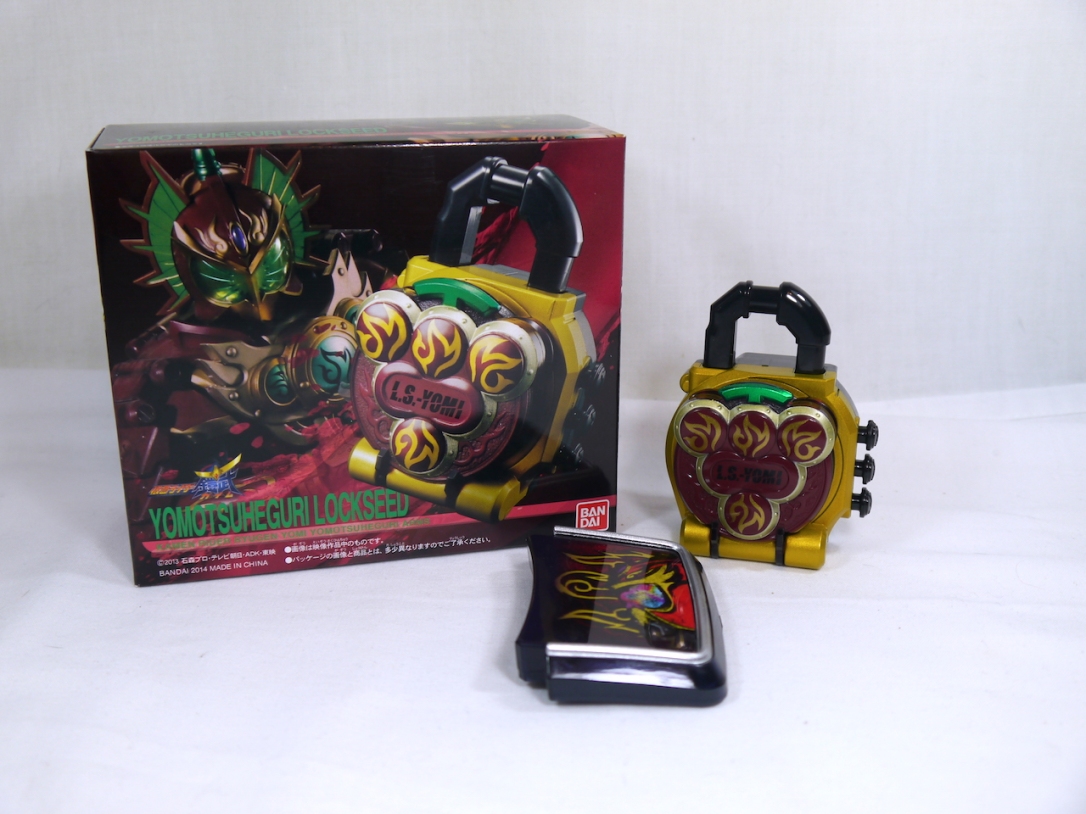 The Yomotsuheguri Lock Seed is a mysterious Lock Seed found in Ryouma’s drawer, apparently being a prototype Lock Seed that has the potential to take the users’ life. Of course, in his desire to save Mai and defeat his nemesis buddy, Mitsuzane gets a hold of it, creating Kamen Rider Ryugen Yomi Yomotsuheguri Arms. Of course, we needed a DX toy release! The Lock Seed was released via Premium Bandai in December, 2014 for ¥2,160 before fees. It even includes Ryugen Yomi’s unique Sengoku Driver faceplate!

The faceplate, while cool, is nothing really exciting. It’s a simple repaint of normal Ryugen’s, initiating the same sounds in the Sengoku Driver. I guess it’s worth noting that this is the only other faceplate to give that sound. If you missed out on the Budou Lock Seed, this might be worth the pick up for that alone.

The Lock Seed itself is pretty great. The design is just the Budou Lock Seed, but with a brilliant gold base and a nice deep maroon to represent the fruit. The bottom of the inside features a nice picture of the Budou Ryuhou and the Kiwi Gekirin weapons. The back button sounds are all phrases said by Mitsuzane, with my favorite being the shouts of pain when he transforms. It’s oddly pleasing to hear that little runt yell via a Lock Seed button. The transformation tune is spooky and evil, and I absolutely love that. Of course you get all three attacks from it as normal.

Overall, despite how short it appeared in the show, I can recommend this for pick up. Even though it’s a repaint of the Budou Lock Seed, the sounds are new and unique, while the Lock Seed itself looks fresh and different. While it’s passable in terms of use, the faceplate and Lock Seed combo is something that should be in everyone’s collection. 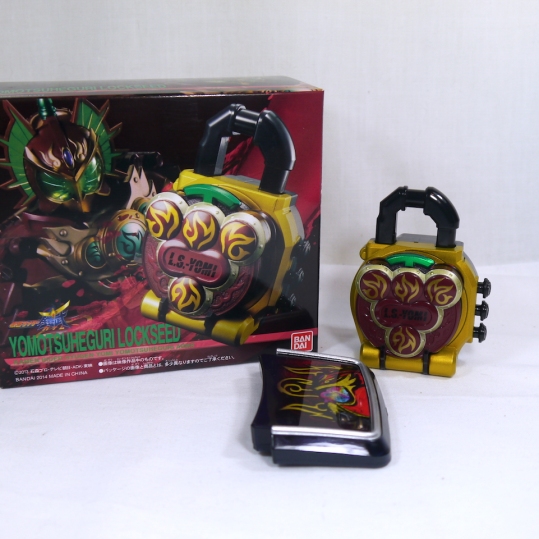 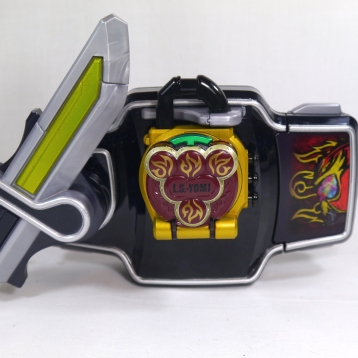