Mixx N Morph is Bandai’s answer to Hasbro’s expansive “Hero Mashers” line. The concept is simple. Take your core characters, create a compatible, universal joint system, and make the characters limbs and accessories mix and match, or in this case, Mixx N Morph. Figures come in two varieties: Ranger and Rangerzord. The Rangers don’t have as much playability, but can act as a core for mixing and matching parts from the Rangerzords. The Rangerzords armor can be used to create the Zord they represent as well. Mixing and morphing is all done via the figures’ ball and socket joint system, so all parts can fit everywhere else. The line also includes double packs, which includes a Ranger as the core figure, and their associating Zord. Use the pieces from the Zord to mix with the Ranger to create the new Rangerzord! The first wave of figure packs includes the Dino Charge Red Ranger and T-Rex Zord, the Samurai Gold Ranger and ClawZord, and the Mighty Morphin White Ranger and Tigerzord! Each figure pack retails for $19.99.

The Dino Charge Red Ranger and T-Rex Zord is probably the most playable of the sets to me. While they all feature basically the same amount of mix-and-match-ability, I absolutely adore the T-Rex Zord. It features the most poseability out of all the available Zords, and it’s just insanely fun to have a poseable T-Rex Zord. To make things different, the Red Ranger included in this set is transparent in color. The single pack Red T-Rex Rangerzord is not out, so at the time of this write-up I am not sure what the differences in the T-Rex Zord releases may be. Included is a large Dino Cannon, which I think looks awesome hooked onto the back of the figure. If it wasn’t obvious, the pieces of the T-Rex Zord can mix with the pieces of the Red Ranger to form the Red T-Rex Rangerzord. The dark crimson pieces clash a bit with the translucent bright red pieces, but I think the end result is sort of cool.

The Samurai Gold Ranger and ClawZord is unfortunately the weakest of the group. The Gold Ranger himself is actually pretty cool. Each Ranger has unique limbs, so the Gold Ranger got some singular blade like sticks coming out of his arms. While not as neat as the White Ranger’s claws, it is kind of cool, and the figure himself is kind of neat. The ClawZord looks alright (it’s nice to see him in his normal color scheme) but the point still stands that it is a pretty boring combination that doesn’t do much. The ClawZord can mix with the Gold Ranger to form the Gold Claw Rangerzord, which actually looks pretty neat in its proper colors. The same flaws from the previous video apply to this one. The hollow legs are flimsy, and I’m not a fan of the elbow movement.

Finally the Mighty Morphin White Ranger and Tigerzord is my favorite set of the group. The White Ranger just looks really awesome. To give him some style, they added claws to the forearms and boots of the figure. This alone gives him a pretty cool look, but to top it off they gave him a giant rendition of Saba that just looks awesome when hooked to his back. The design just looks really awesome. The Tigerzord is a nice little figure that unfortunately can’t do much. While not as fun as the T-Rex, it is definitely miles better than the ClawZord. Mix the White Ranger and the Tigerzord to form the White Tiger Rangerzord. It’s nice to see this mold in its proper colors, and it definitely looks a ton better than the green and black version from the single packs. However, if you swap the green pieces with the white pieces, you have a pretty awesome looking bot. Between how neat the White Tiger Rangerzord looks, as well as how amazingly awesome the White Ranger looks, this was locked in as my favorite set pretty fast.

Mixxing and morphing is really easy to do, and even with just these four figures, the possible combinations is incredibly high. As I mention in the video, these aren’t figures you really want to sit on display, or keep in a bin or anything like that. These are figures you want on your desk, or split apart into pieces and tossed in a container. While not the best in detail or poseability, they definitely succeed in fun. I am someone that lives off customizing and imagination. I love the concepts of mixing and matching, especially when it comes to robots. Kids that love to customize, or collectors that just want to have fun will really like what this line has to offer. It’s easy, fluid, and just plain works.

Overall, the figure packs are actually a pretty great deal. The single packs for $12.99 give you a singular figure and that is that. The Ranger single packs are even more pointless since they can’t even form a Zord like the Rangerzord single releases can. However these sets, for only $7 more, give you a Ranger to use as the base, while also giving you the Zord pieces to mix with the Ranger to create the Rangerzord, or some sort of weird hybrid. With this in mind, the single pack releases are a pretty hard sell unless you adore the color scheme of one of the new looks, or just really want a opaque Dino Charge Red Ranger. The single packs almost feel like booster packs, while these are the actual “theme decks” of the franchise. We seem to be getting some pretty neat new molds in the next wave, so I can’t wait for that to hit stores. These figures are fun, the concept brings a ton to the table, and I can’t wait to see more. 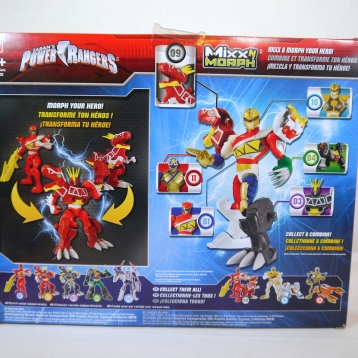 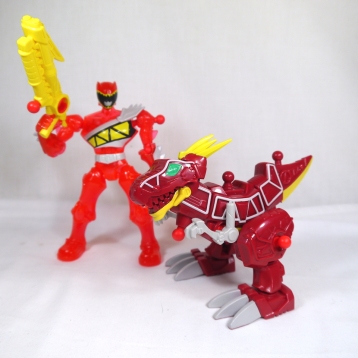 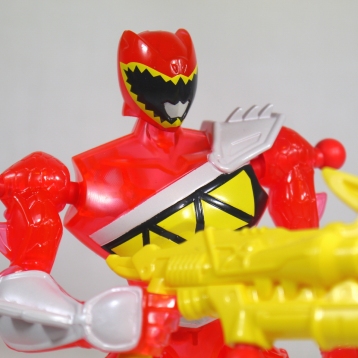 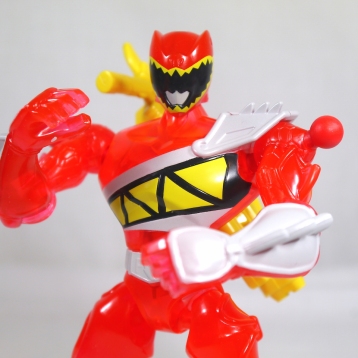 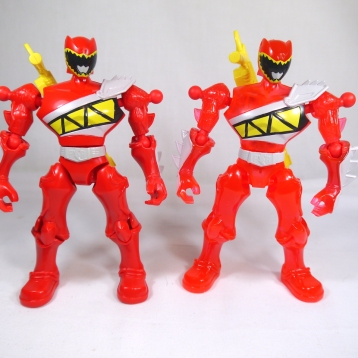 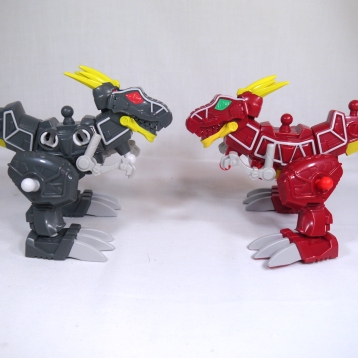 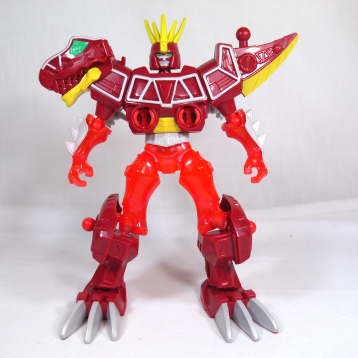 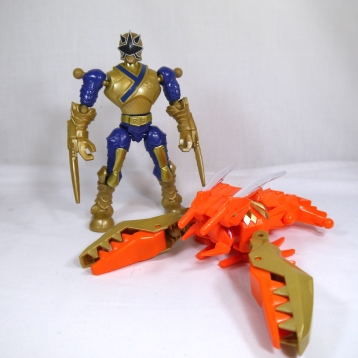 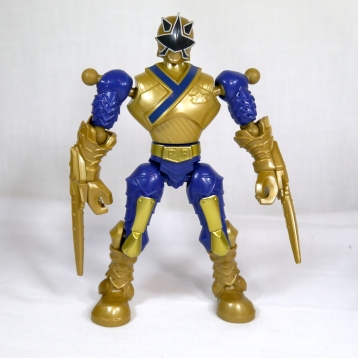 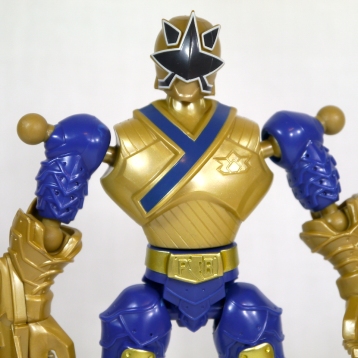 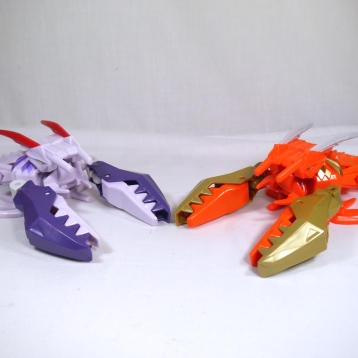 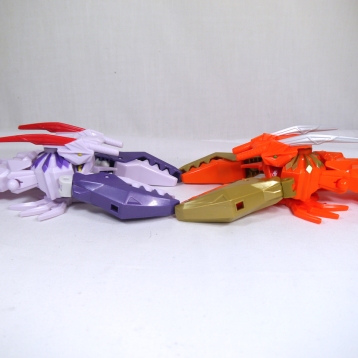 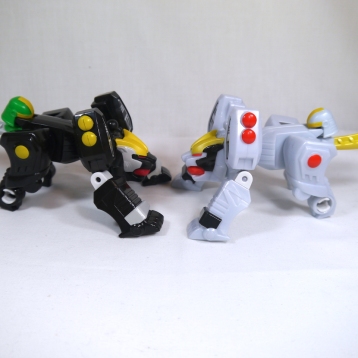 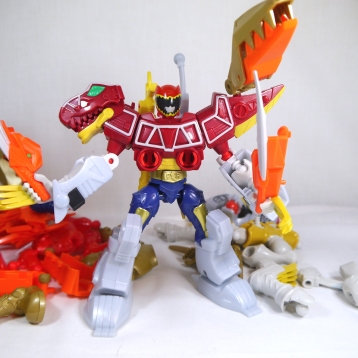 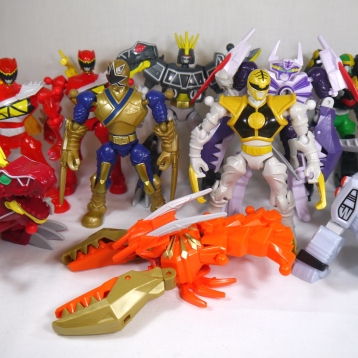