In a surprising move, Bandai has released the “NinShuriken Series” a series of individually packed NinShuriken. While many speculated they would be different somehow, the releases are exactly the same as their previous toy pack-in versions, meaning you can now get the Aoninger, Kininger, and Shironinger Shuriken without buying the associated toy. Best of all, the Momoninger Shuriken has finally been released, previously unavailable in any toy in the line. The entire series was released in one go in May, 2015 for around ¥1,500 each.

The toy itself is the same as previously released NinShuriken. With no blade attached, the core will say “Momoninger!” Upon application of the blade, the Shuriken will say “Momoninger Shuriken!” Finally, when the back button is pressed, Byunmaru’s train sound will be heard. When attached to the Ichibanto, spinning will create the usual “Aka ja! Ao ja! Ki ja! Shiro ja! Momo ja! Ninja!” sound, followed by “Ninja Issen!” with the pull of a trigger. Nothing out of the ordinary, but it’s great having the full team of six FINALLY. There was really no reason for this.

Overall, the Momoninger Shuriken is exactly what you would expect and fits in with the other toy-included Shuriken perfectly. The entire concept of releasing them all individually is a slap in the face to those that bought the role play toys in the beginning of the line, but those things happen. Why Bandai went this route with the series I have no idea, but like I said, I’m just glad to finally have Momoninger. 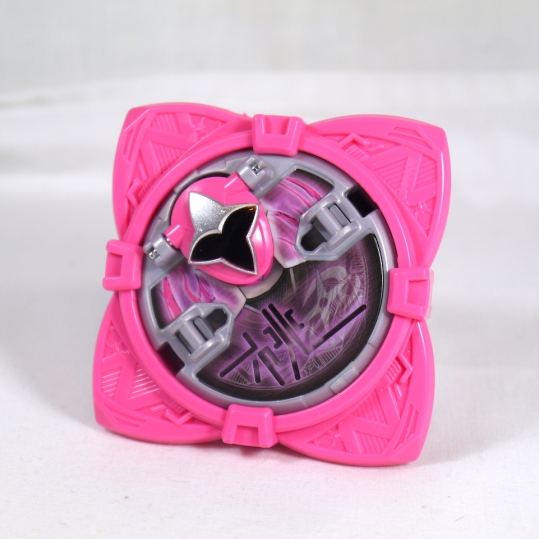 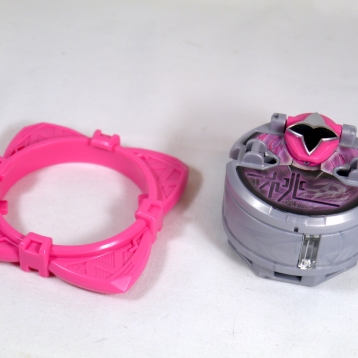 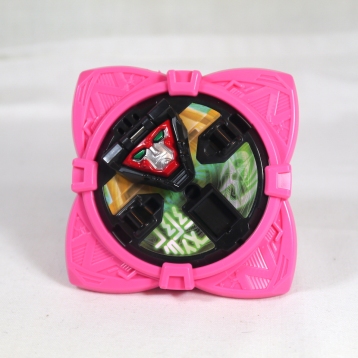 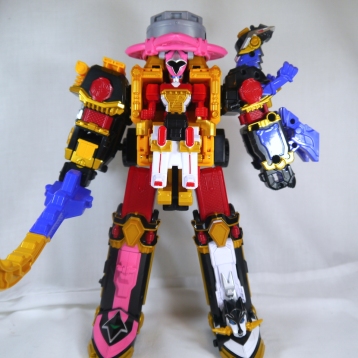 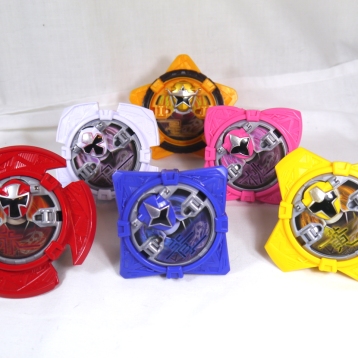