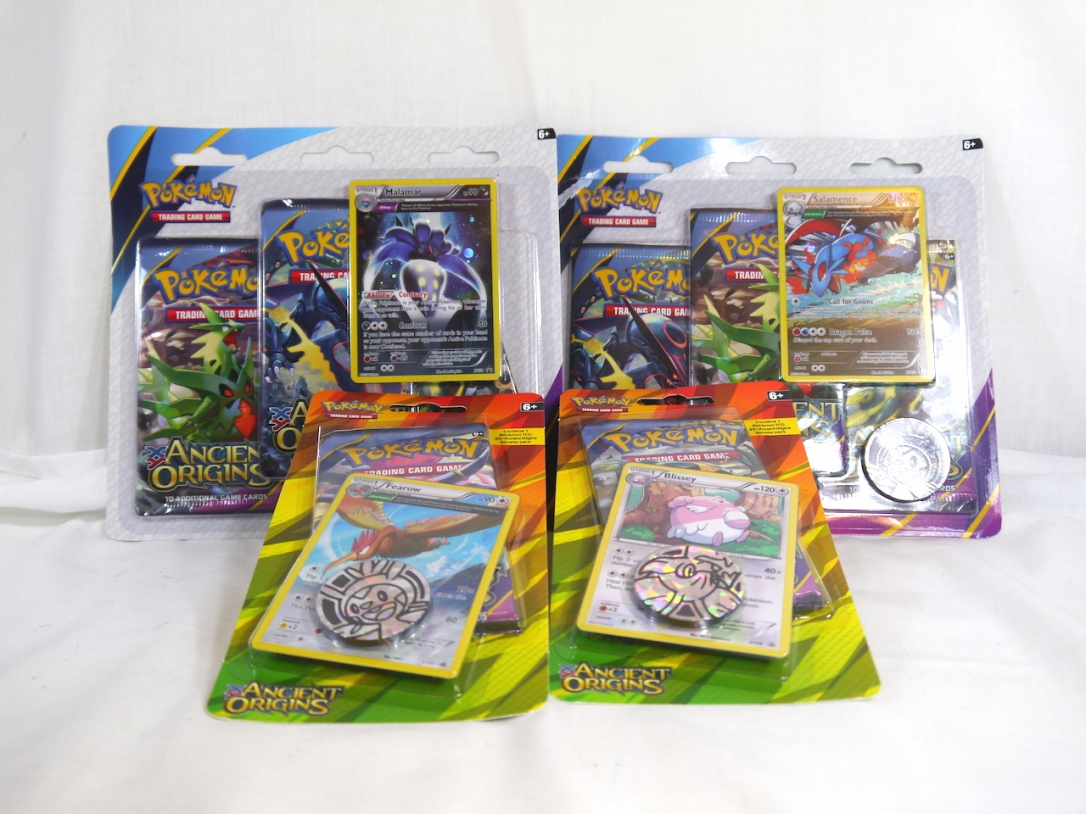 Ancient Origins’ single pack Promo Blisters include Blissey (XY56) and Fearow (XY57). The triple pack Promo Blisters include Malamar (XY58) and Salamence (XY59). The blisters, at least at the time of this recording and purchase, are including stained glass foil silver coins of Chespin and Fennekin. While not absolutely exciting, the promos are really interesting. Malamar has the makes to be a really fun league play deck. Plus the art is just awesome.