Powers Beyond Tins
Latios-EX, Rayquaza-EX, and Hoopa-EX
$17.99 Each from Target 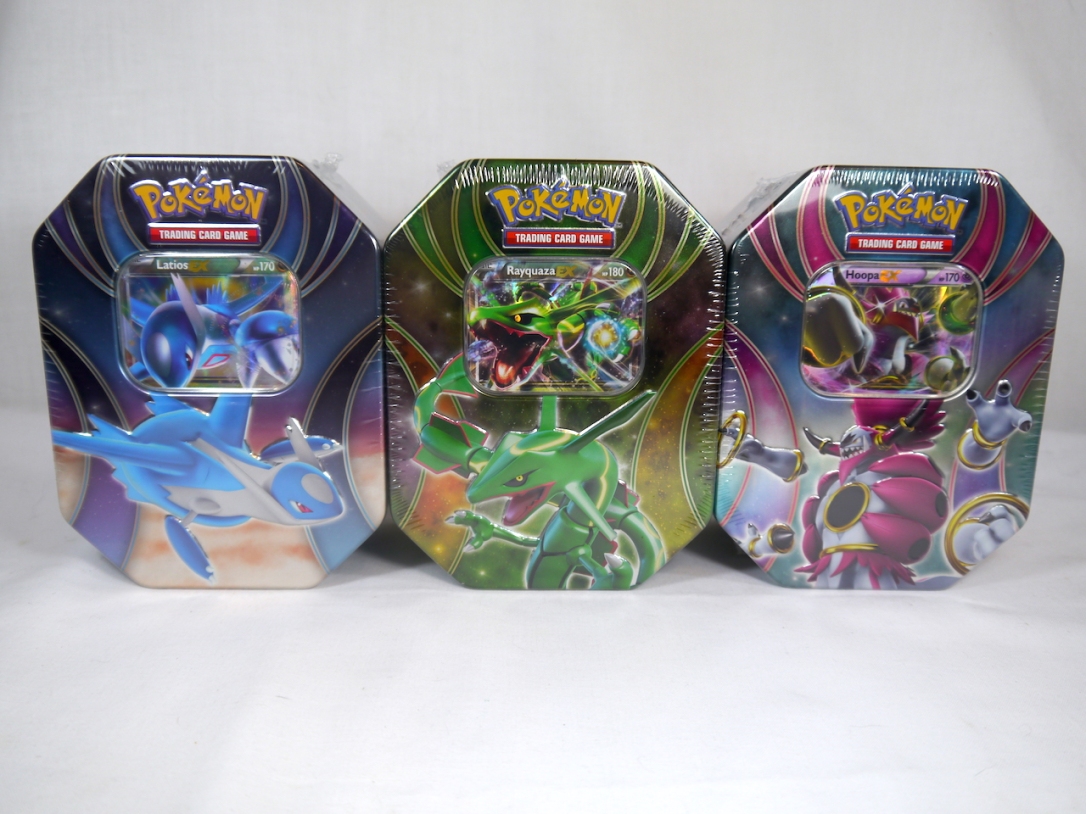 After our venture through Hoenn Legendaries and Hoenn Starters, we…stay in Hoenn for the most part as we hit up the three new Pokémon TCG Fall 2015 assortment of tins, dubbed the “Powers Beyond” tins. As the norm now, the tins include one Pokémon-EX promo card, a code card unlocking an online deck themed around that Pokémon-EX, as well as four Booster Packs of some of the most recent sets. These tins feature Latios, Rayquaza, and Hoopa, the newest Legendary Pokémon. The packs included in these tins are two Ancient Origins, one Roaring Skies, and one Primal Clash. I picked up each of these tins from my local Target for $17.99, though they’re usually sold for $19.99.

The Powers Beyond tins feature Latios-EX, Rayquaza-EX, and Hoopa-EX, finally giving us a Pokémon that’s not native to Hoenn. All three of these EXs are usable to some degree, despite Rayquaza not being the more popular colorless version seen in Roaring Skies. Hoopa in general is an all around great Pokémon that lets you search for three Pokémon-EX straight out of your deck via the Scoundrel Ring ability. In EX heavy decks, this card is a must have for speed. Latios-EX is a pretty nice card that can dish out decent damage on the first turn of the game, great for a donk attempt, or just drawing that early prize against decks that use weaker starting Pokémon.

The decks you unlock are not that great at all, but give you two of each Pokémon-EX, as well as a handful of impressive Trainer Cards as well! While I wouldn’t play any of these decks straight out, they’re useful for gathering some good cards to build your own deck.