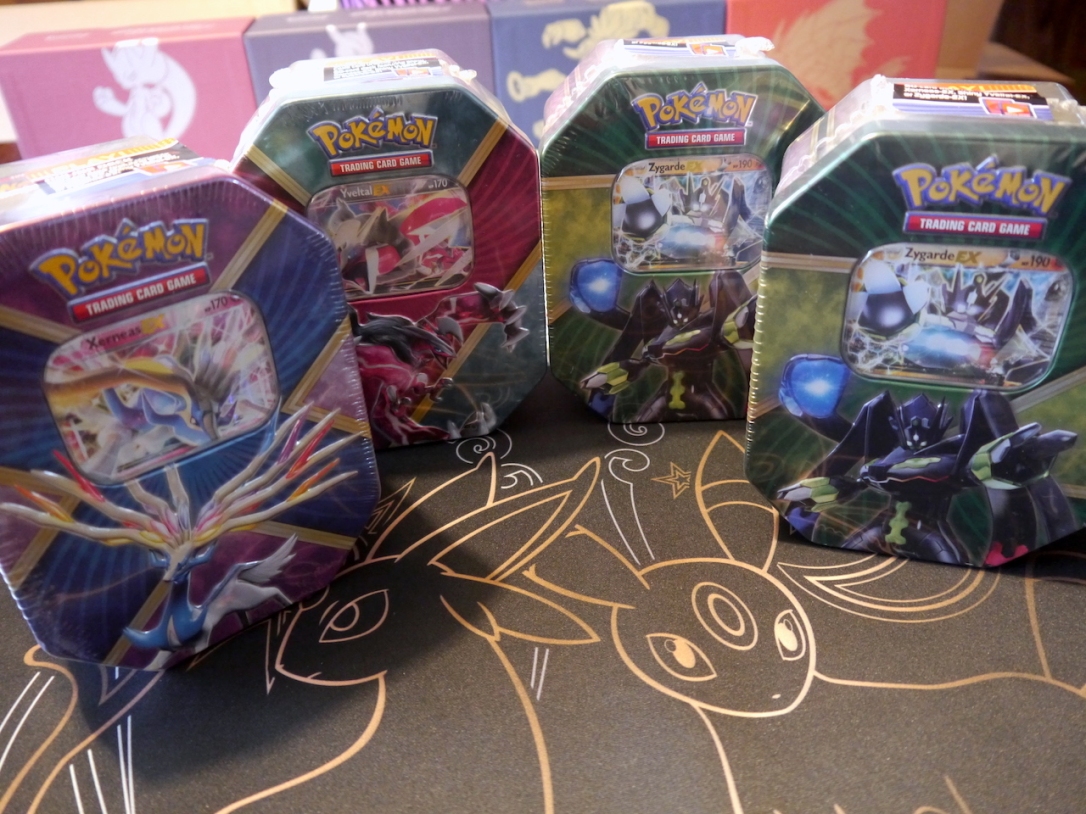 Our next set of Pokémon TCG tins brings us back to Kalos, visiting their legendary trio of Xerneas, Yveltal and Zygarde in the Shiny Kalos Tins set. As the name suggests, Xerneas and Yveltal are both done up with new artwork depicting their Shiny coloration. While Zygarde doesn’t get the same treatment, the card and tin represents Zygarde’s new 100% form depicted in the Pokémon animé. Each tin includes an EX card of that specific Pokémon, a TCGO code card that unlocks a new deck online based around that Pokémon, as well as four Booster Packs (two Fates Collide, one BREAKthrough, and one Roaring Skies). At $19.99 at most major retailers, you’re essentially paying $4 for a powerful EX card and the snazzy tin.