BREAK Evolution Box: Ho-Oh and Lugia
$29.99 at Most Major Retailers 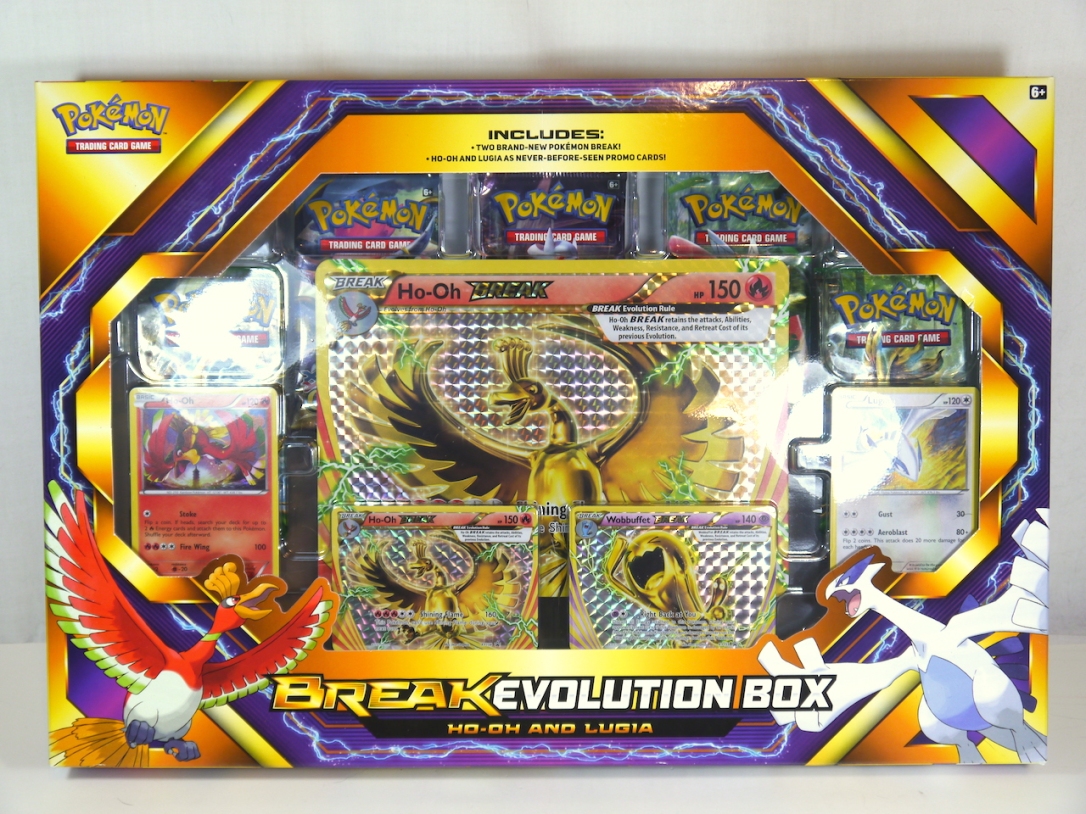 A while back during BREAKthrough, BREAK Evolution was the new thing, and to promote said new thing, The Pokémon Company put together the BREAK Evolution Box that featured Empoleon BREAK, Beeheeyem BREAK, and Noctowl BREAK. Now that BREAK Evolution has been here for a while, they have decided to bring us an all new BREAK Evolution Box in the form of Ho-Oh and Lugia…sorta. While the box may be called Ho-Oh and Lugia, the BREAK Evolution Pokémon featured in the box are actually Ho-Oh and Wobbuffet, since Lugia BREAK was featured in Fates Collide already. Ho-Oh’s partner in crime however is featured as a normal promo card along with a normal Ho-Oh promo card. Also included is a giant Ho-Oh BREAK card, and five booster packs (one Ancient Origins, one BREAKthrough, one BREAKpoint, and two Fates Collide). You also get a code card that unlocks the four promo cards on PTCGO.

As for the BREAK Evolution Pokémon, Ho-Oh has a whole lot of potential, even with the rotation’s loss of Blacksmith. If you can hit a Stoke turn one (going second), you can have a fully powered Ho-Oh BREAK dishing out 160 Damage on turn two! Wobbuffet is actually a nasty little thing with Dimension Valley, but since that’s getting rotated, having to discard two Energy to protect himself just isn’t really a viable strategy, not to mention it’s easy to get out of.

This is something collectors are gonna want to take a look at (four promos is pretty huge), but none of these guys scream tournament winning strategies to me. Ho-Oh seems like a fun deck to try out for fun though. For what all you get $29.99 is a little steep, but not bad when you factor in the four exclusive promos. I sort of wish Wobbuffet was put into Fates Collide, and Lugia saved for this set, but it is what it is.