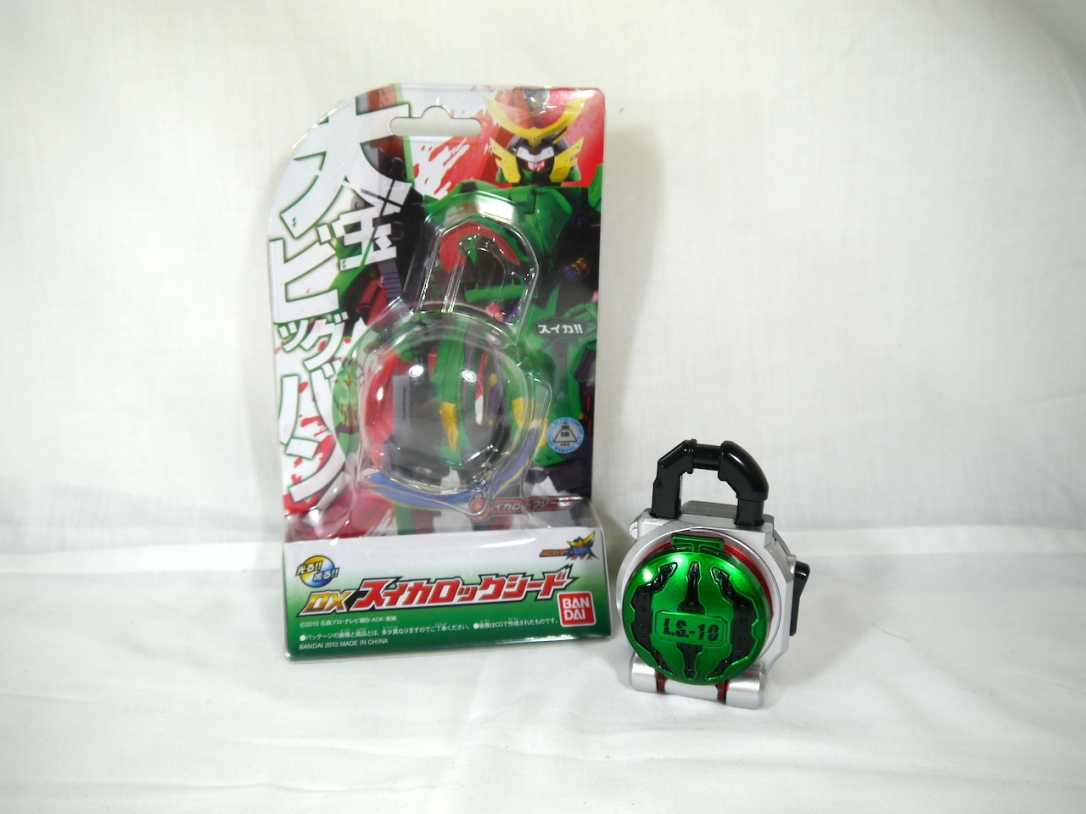 Lock On! Get your Suika Lock Seed from CSToys International!

The next DX Lock Seed was released in early November, 2013 for the average price of ¥1,500 and gives Kamen Rider Gaim a giant mech suit to pilot: The DX Suika Lock Seed! The Suika Lock Seed gives Gaim a large watermelon themed suit of armor that can transform between Odama Mode (fruit, essentially a big ball), Gyro Mode (a flight capable transportation and attack mode), and Yoroi Mode (the armor mode). These mode changes take over for the Inves Game noises usually found in these DX Lock Seeds, which is a really cool touch. In the Sengoku Driver, it plays the same function, with the Squash, Au Lait, and Sparking attacks, complete with nifty bowling sounds. The Lock Seed can also be used in the Musou Saber for the “Suika Charge!” and “Suika Power!” sounds. I really loved the two-toned look the Suika Lock Seed brings, and the mode changes are a nice change of pace for these toys. I dig it.