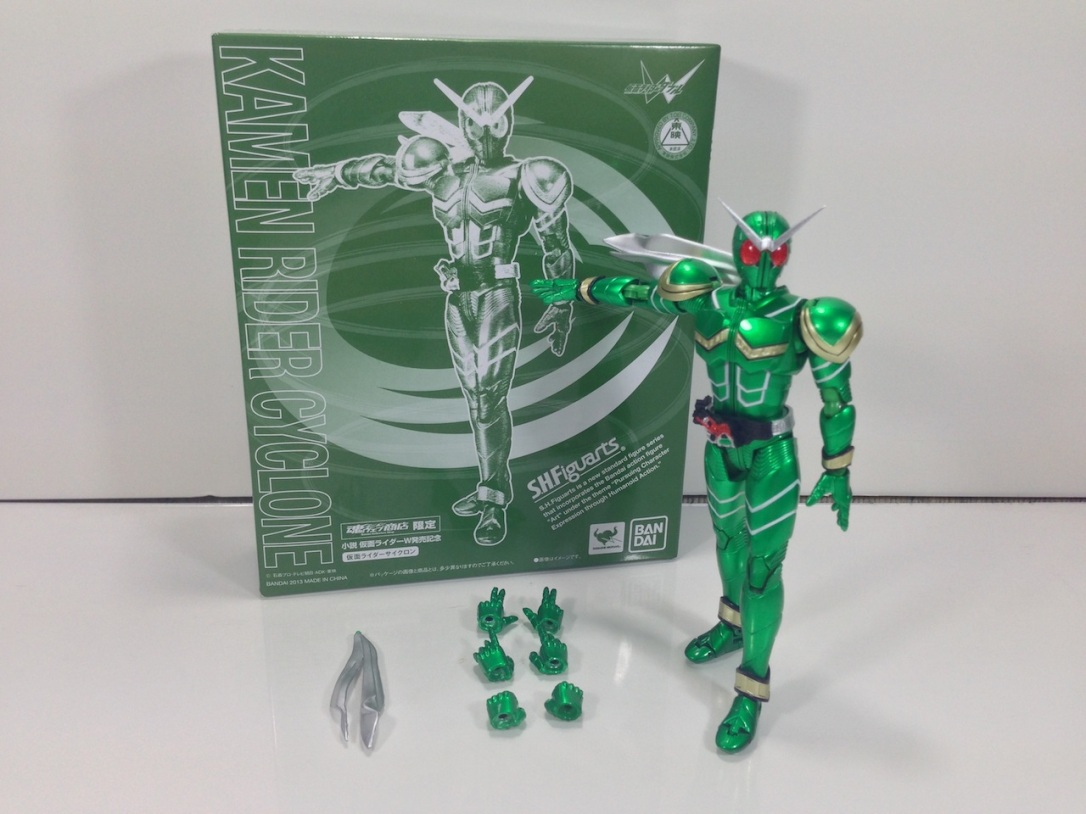 I don’t remember that from W?! Well, that’s because Kamen Rider Cyclone made his debut in the Kamen Rider W novel that was released late 2012 that takes place between Episodes 32 and 33. Philip is forced to fight on his own, and using the Lost Driver left behind for him by Shroud. Cyclone finally made his way into the S.H.Figuarts line as a Tamashii Web Exclusive in June, 2013.  Cyclone uses the same base Double mold that we’ve come to know in 2010, but just like Joker, he holds up and has no major loose joint issues like some of the other Double releases. Cyclone uses a beautiful metallic green paint that looks gorgeous on the figure, with some nice white paint used as panel detailing, setting him apart from the other forms. Included with Cyclone is your choice of two mufflers and six alternate hands. If you’re a fan of W, then by all means this is a great pick up that looks great with Joker. If you don’t have Joker, then this is a pretty easy pass, given how he never appeared in the show, and really isn’t anything new, especially if you already own CycloneCyclone. A nice, but unnecessary figure.