Had a really nice mail day last Friday. My box from CSToys came in containing Plezu-Oh and a bunch of Zyudenchi arrived, which pretty much made my sick little day (I was really sick over the weekend, but I’m getting better!). Alongside that, I got a box with my eBay winning SDCC Gold Gosei Morpher. I got it for around $80, which isn’t all too bad since it cost $50 at the show. ALSO along side that I received my set of 6 SDCC ACG cards. The only one missing is P-188, Mighty Morphin’ Red Ranger. The issue with this card is that it was given out by the Vortexx Street Team…who were OUTSIDE the convention hall. Meaning most scalpers/randoms that were collecting cards to sell didn’t even KNOW there was people outside giving away a 7th card. Needless to say, despite being the easiest to obtain, it goes for $15-$20 on eBay. Finally the next day my last two Skylanders GIants Sidekicks arrived, so outside of Lightcore Hex (pre-order with Swap Force), my Giants collection is 100% complete. 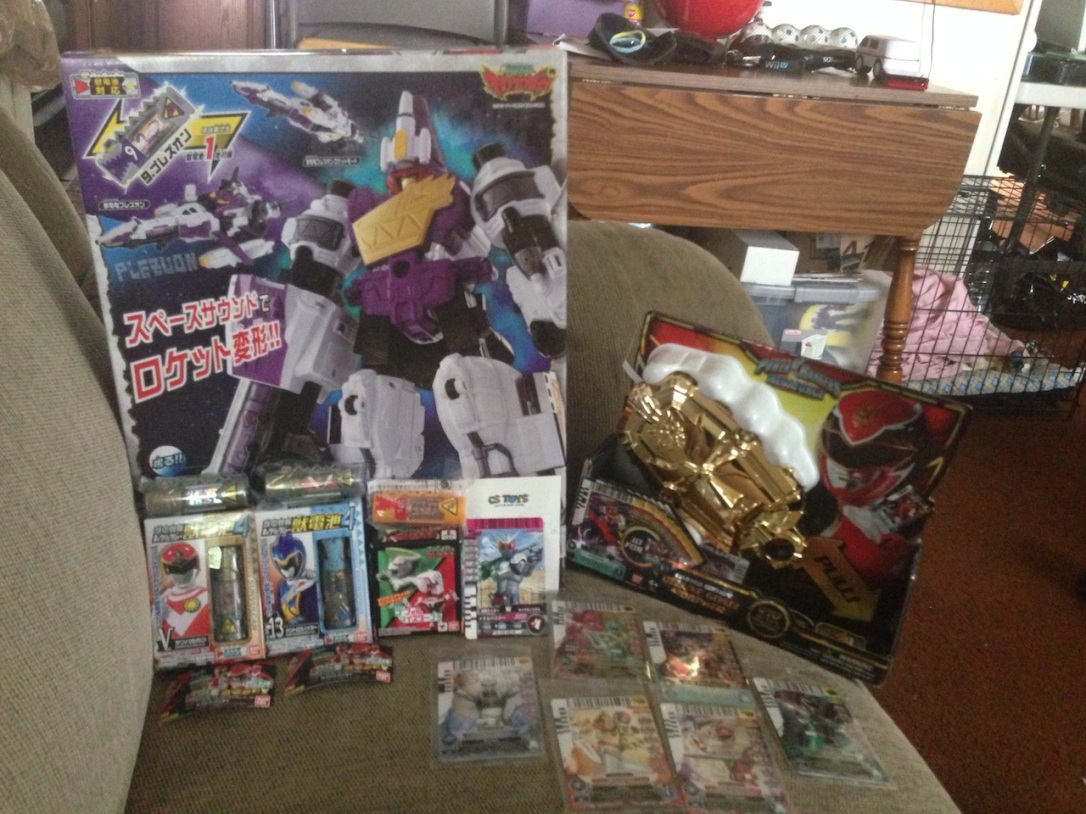