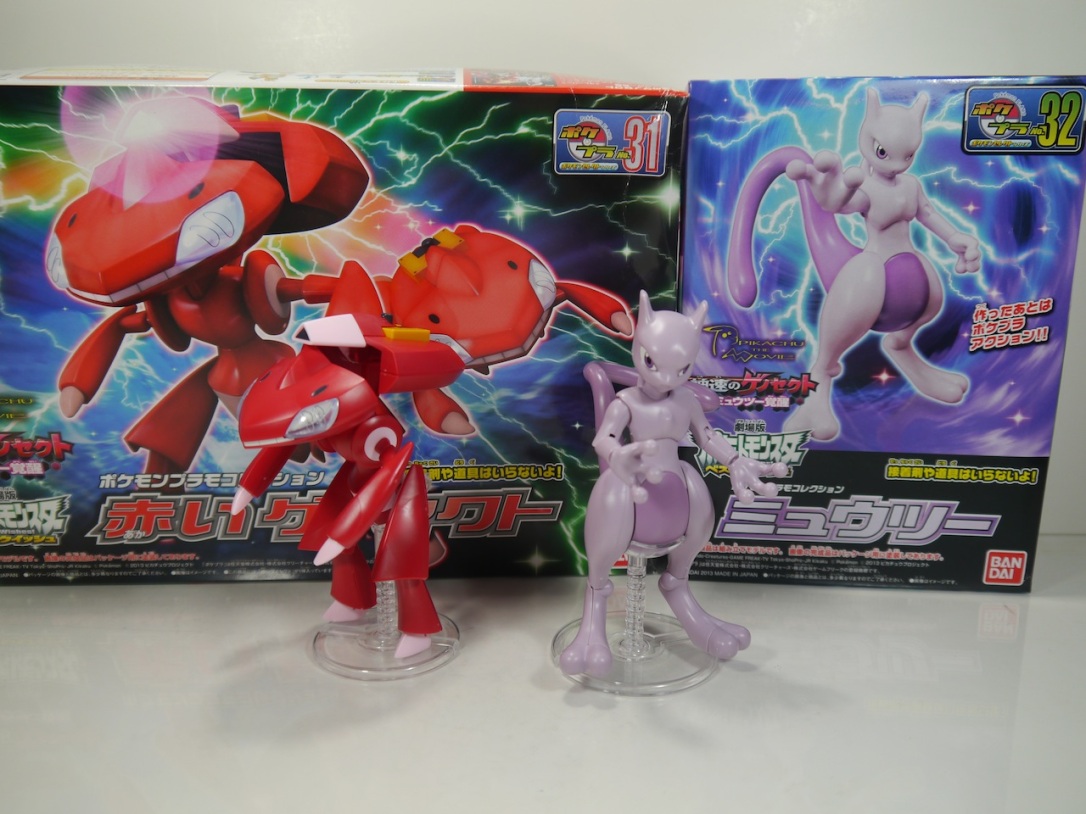 The Pokémon Plamo Collection continues with the release of 31 and 32, Red Genesect and Mewtwo respectively. Red Genesect was released in June, 2013 for ¥950, while Mewtwo was released in July, 2013 for ¥760. The PokéPla line has improved slowly over time, and these releases are proof of that. Both kits are easy to build, while adding much needed articulation to these kits. Red Genesect actually has the ability to transform into a flight mode. Mewtwo however features elbow joints, wrist joints, and swivels in the shoulders and knees. Each kit comes with a stand, since neither Red Genesect or Mewtwo can stand all that well. The PokéPla line is always really great, but these kits are above and beyond what the line usually gives us. Genesect can transform, Mewtwo has decent articulation, so both kits are great addition to a collection. The next releases are Xerneas and Yveltal, so here’s hoping those releases turn out just as good as these ones.

The normal color of Genesect is unfortunately never released as an individual kit. It is however available in a three-pack kit with Red Genesect and Mewtwo. Since I bought these individually, I felt stupid buying the set, so I am purple Genesect-less.