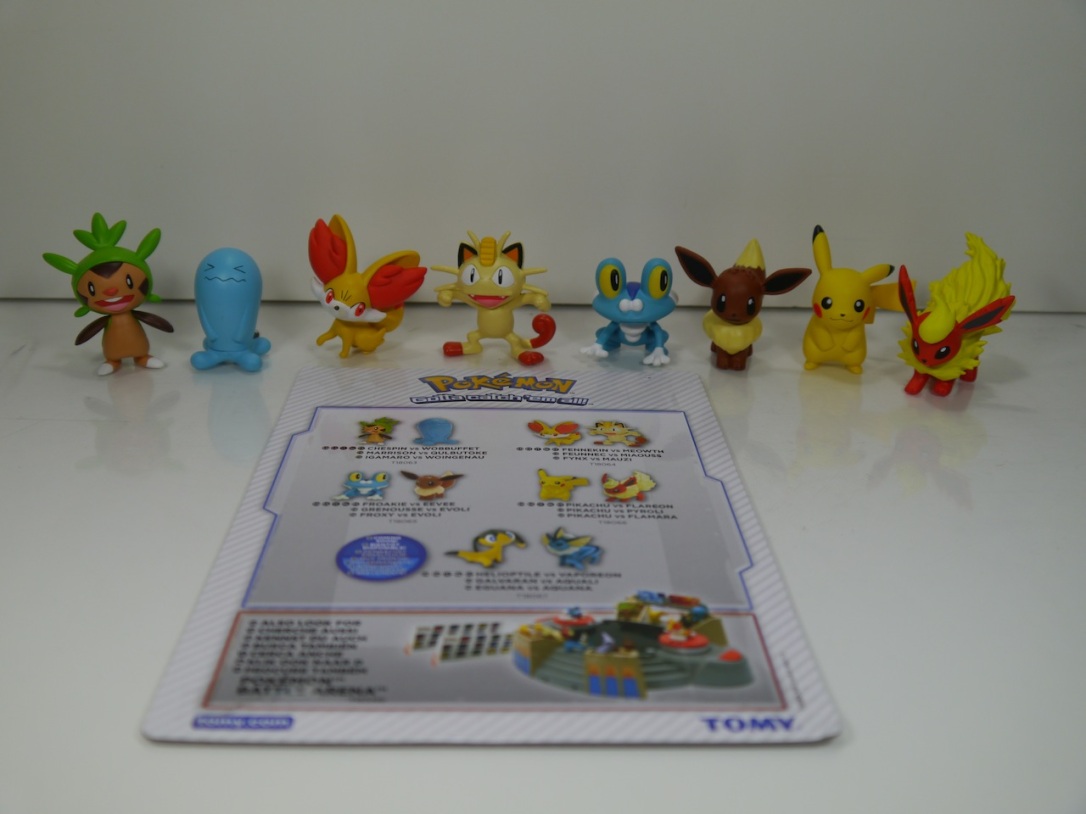 Tomy getting the license back was great for domestic release Pokémon toys, unfortunately the Black and White series saw a minuscule release, especially with the Series 2 toys only seeing a release at some TRU and Target stores. Hopefully now that Tomy has had the license for a bit longer, the XY Series will see a better release. As of right now, these are only at Toys R Us, but hopefully other stores will pick them up. The first set of 2-Packs includes four different sets: Chespin vs. Wobbuffet, Fennekin vs. Meowth, Froakie vs. Eevee, and Pikachu vs. Flareon. A Helioptile vs. Vaporeon set is within Series 1 as well, but is “coming soon.” Unlike previous releases, the XY series all have a nice matte finish on them instead of the previously used glossy finish. This gives the figures a really nice look on display. If you’re a fan of any of these guys, it’s worth taking a look and picking up the 2-Packs. I would have liked to see more Kalos Pokémon. With so many revealed before the game release, there’s no reason we really needed the Eeveelutions or other Kanto Pokémon, outside of Pokémon XY animé tie-ins.