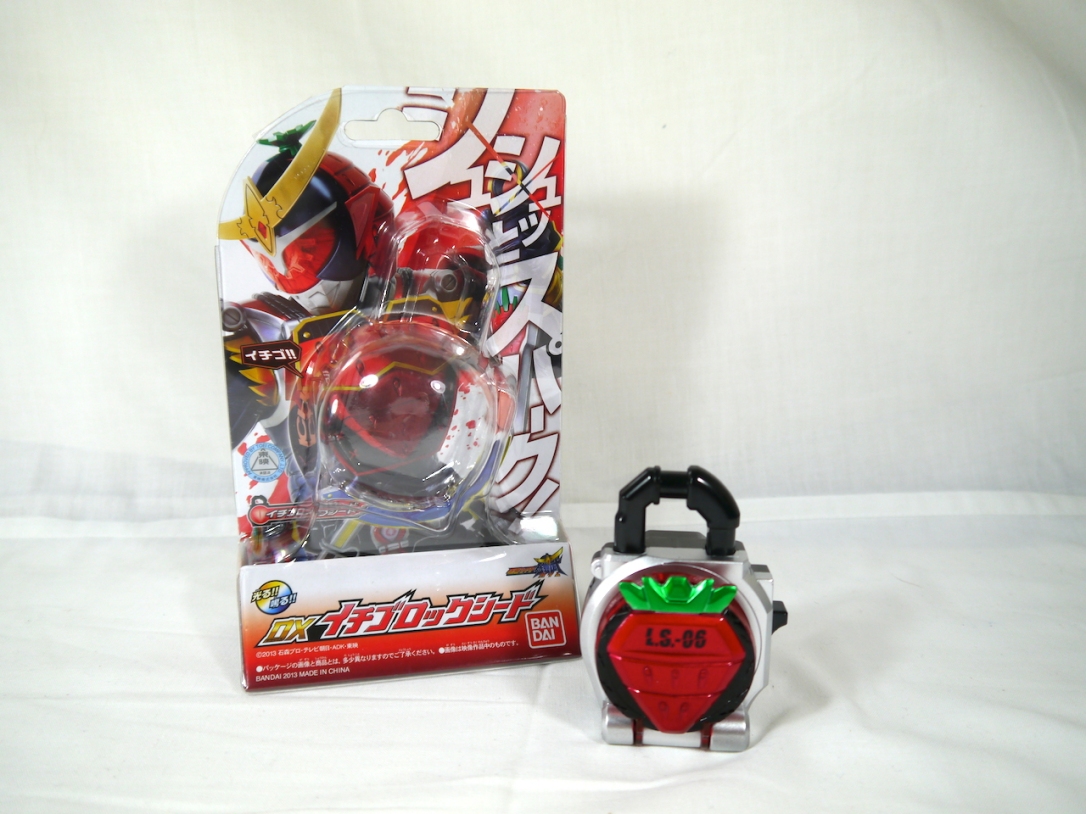 Lock On! Get your Ichigo Lock Seed from CSToys International!

Our next DX Lock Seed release is none other than one we seen in the very first episode: the Ichigo Lock Seed. Ichigo being Strawberry in Japanese. The Ichigo Lock Seed was released in November, 2013, and retails for ¥1,500, like most standard release Lock Seeds. The Ichigo Lock Seed grants the user the Ichigo Arms, a strawberry based armor with the Ichigo Kunai as weapons. As with most DX Lock Seeds, press the button on the back to cycle through Inves Game noises: “Battle Start!” “You Win!” “Rank up!” with “You Lose!” being thrown in there every now and then. Unique to the Ichigo Lock Seed, after five cycles, after the “Battle Start!” sound, the roar of a fully evolved Inves will sound. Insert the Ichigo Lock Seed into the Sengoku Driver to hear the full transformation sound “Ichigo Arms! Shushutto Spark!” Press the knife down one to three times to hear “Ichigo Squash!” “Ichigo Au Lait!” and “Ichigo Sparking!” attack sounds. Follow it up with the Musou Saber to hear the “Ichigo Charge!” and “Ichigo Power!” sounds. Overall, if you’re a completist, or really like the Ichigo Arms, then the DX is definitely the way to go. The added sounds and proper functionality with the belt is a must have. With these being individual releases, it’s nice to be able to pick and choose which Lock Seeds you really want, without having the need to by other toys.