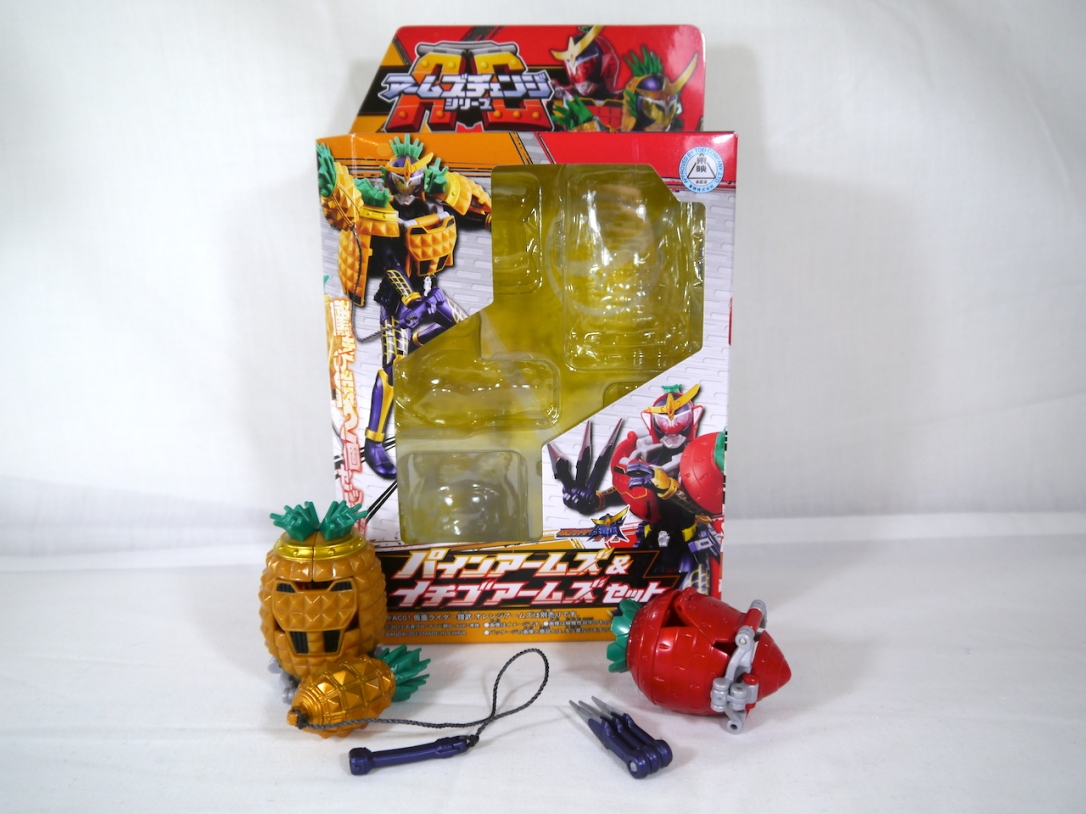 Lock On! Get your AC04 from CSToys International!

Our first set of Arms Change…Arms has arrived with Gaim’s Pine Arms and Ichigo Arms together as the forth installment of the line. They were released in November, 2013 for only ¥1,800. Included with this set is the Pine Arms, the Pine Iron, the Ichigo Arms, and the Ichigo Kunai. While they are Kamen Rider Gaim’s Arms, they can be used with all the base figures released in the Arms Change line to make things like Ryugen Pine Arms and Baron Ichigo Arms, as demonstrated in my review. This mix and match features of this line are great, and it’s the most fun I’ve had in a Rider figure line in ages. The weapons for each are interest, and the Arms on any figure look pretty nice with Pine edging out Ichigo for me, because Pine is really awesome. If you have even one of the Arms Change figures released, this set is not only affordable, but well worth the pick up. Despite the fact I keep breaking the Pineapple, I really dig them, and the level of fun they add to the Arms Change series is well worth the $20 price tag.