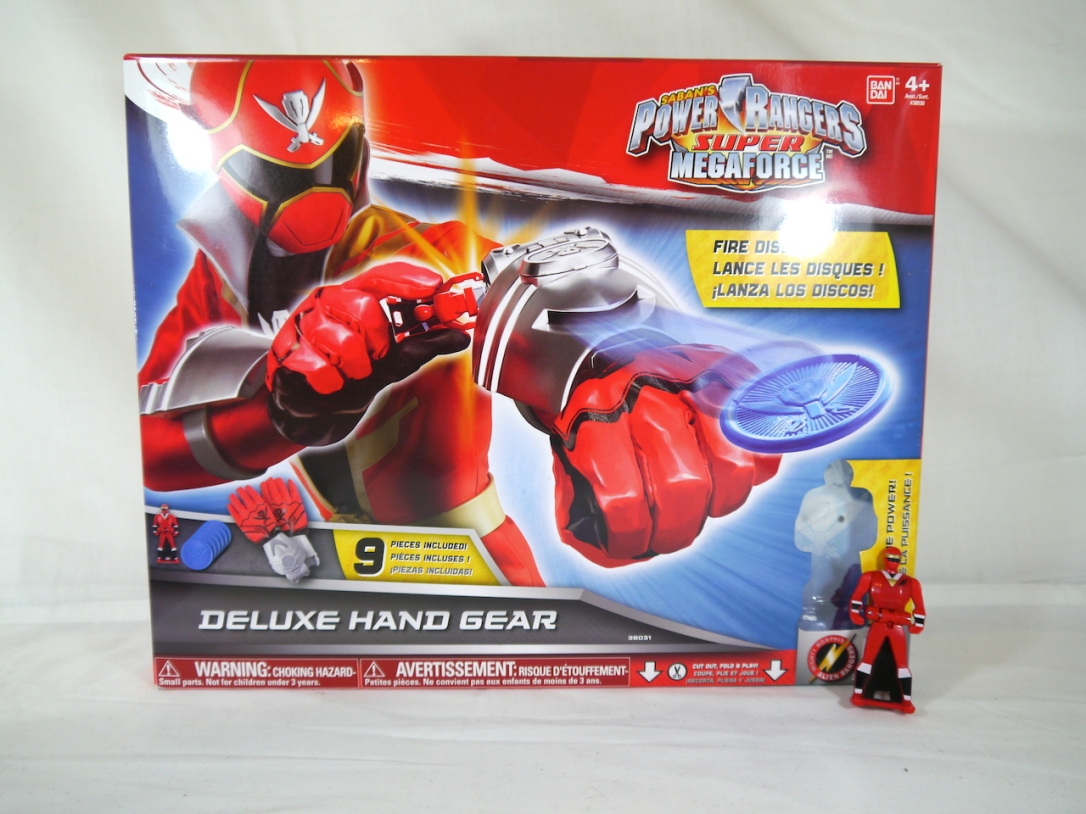 The Deluxe Hand Gear has been a staple in the Power Rangers toy line since Super Samurai, so seeing one released for Super Megaforce is no surprise. Like past hand gears, it retails for $24.99. While previous releases were electronic, the Super Megaforce Hand Gear forgoes electronics for a key gimmick. Inside one of the wrist gauntlets are three blue disks. Insert a Ranger Key and twist to fire one of the disks. In total, the toy comes with six disks, just in case you lose some. While the gloves won’t fit most adult collectors, they are inaccurate to the show suits anyway, so that’s not a huge deal in the end. The gauntlets should fit both kids and collector’s alike however. As with these releases, one gauntlet is just for show, as all the functions are only in one. Given the fact that there are no electronics, and the toy comes with six disks total, it would have been nice to see the feature in both gauntlets. That being said, included is a Red Alien Ranger Key, a Key sought after by plenty of collectors because the Alien Rangers are apparently popular. With the Alien Rangers more than likely seeing a release in a Key Pack, getting this strictly for the Key is really moronic. Save your money and be patient, as only kids will truly get a kick out of a toy like this.