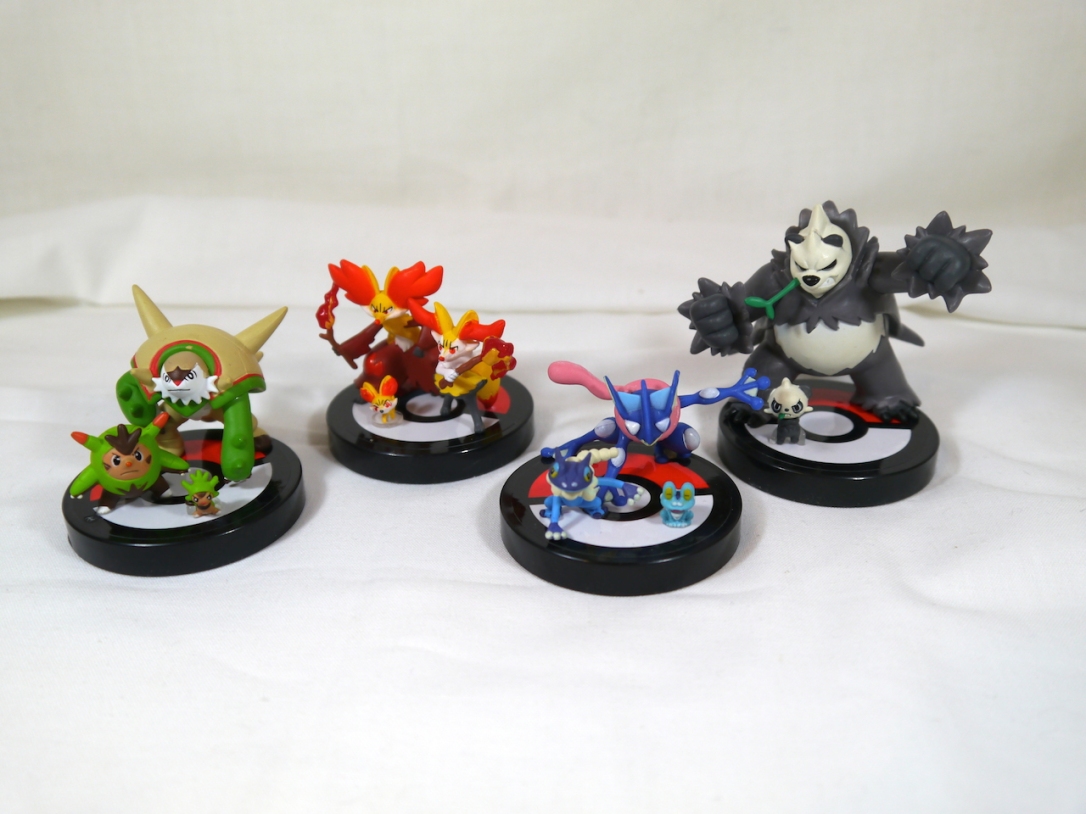 The Zukan line is a series of Gashapon (Capsule) toys made of a PVC plastic representing a variety of Pokémon. The theme of the series is that all the Pokémon are 1/40th scale according to the Pokédex entries. This makes the huge Pokémon an impressive size, and the small Pokémon VERY miniature. That doesn’t mean they lack detail. Even at ¥300 a piece in Japan, the tiniest of Pokémon still have a nice amount of detail and paint to accurately represent the Pokémon. The XY02 set features another batch of four capsules: the Chespin line, the Fennekin line, the Froakie line, and the Pancham line. As with most Zukan releases, the Pokémon aren’t secured to their bases. I usually glue them down to make sure I don’t lose them, but that is up to you. Given how small some of them are, it’s easy to lose track of them! The Zukan line is really fun to collect, as all the Pokémon released are in scale with each other. The line has been going for a while, and now is just as good a time as any to start collecting. Being Gashapon toys, it’s harder to collect these than other toys, but sets are always available on Yahoo Japan Auctions, so hit up a middleman like OkinawamToySeller or a service like Shopping Mall Japan to nab  yourself a set. Alternatively, Hobby Link Japan has started selling blind boxes of eight capsules starting with XY03. You’re more than likely going to get a full set through the eight capsules, so it works out to be a good deal if you don’t want to go through a middleman or shopping service. The display options and scale of this line is what makes it unique, and I really do love the line. Can’t wait to see what we end up with before it’s all done.

XY03 is set to include Mega Charizard X, Mega Venusaur, the Honedge line (complete with parts for both forms of Aegislash), and the female Litleo line.