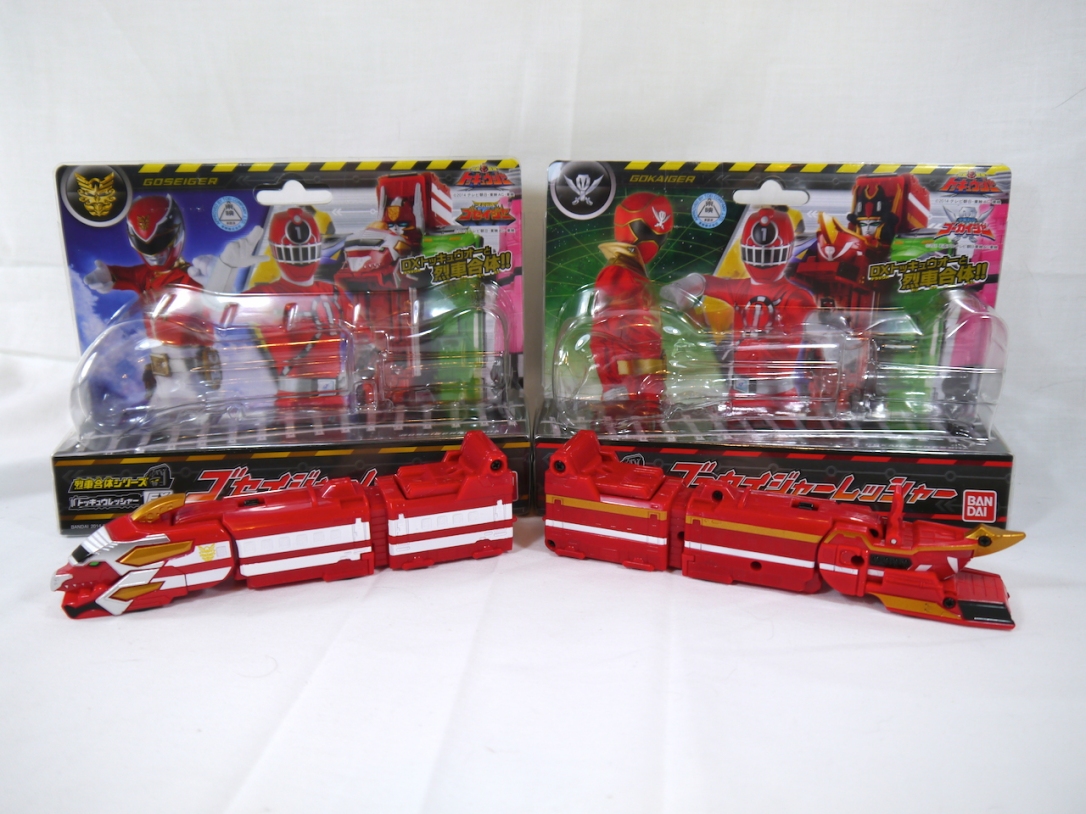 Our next two Super Sentai Ressha are none other than the Goseiger Ressha and Gokaiger Ressha! Both were released in July, 2014 for only ¥1,200. Both fit the formula we’re pretty used to at this point. Both feature the same base molding with a new front decorated like the mecha associated with the Red Ranger from that series. The Goseiger Ressha is primarily red and white (just like Gosei Red) with a front car that resembles the Dragon Headder from the series. It does have a weird underside panel that looks like it has a weird second jaw, but besides that it captures the image perfectly. It can combine with ToQ-Oh to make ToQ-Oh Gosei Great. The way the Dragon Headder is designed makes it mesh with the trains fantastic. The Gosei Great helmet looks fantastic as well. The Gokaiger Ressha is primarily red, with black, gold, and white accents (again, just like Gokai Red) with a front car that emulates the Gokai Galleon. Like the Goseiger Ressha, it has a platform on the bottom, but being designed after a boat, it fits quite a bit more. The Gokaiger Ressha also has a sail that can fold down. It can combine with ToQ-Oh to form ToQ-Oh Gokai-Oh (yeah…). The Gokai-Oh helmet looks great as well. Overall, these are two great additions to the line up. These Sentai Ressha have continued to look great on display, while making some interesting ToQ-Oh combinations that make great throwbacks to the main Robo from past seasons. These aren’t always my cup of tea, but the Ressha have been great. Shinkenger and Go-Onger are next. Really hope we can get even more. 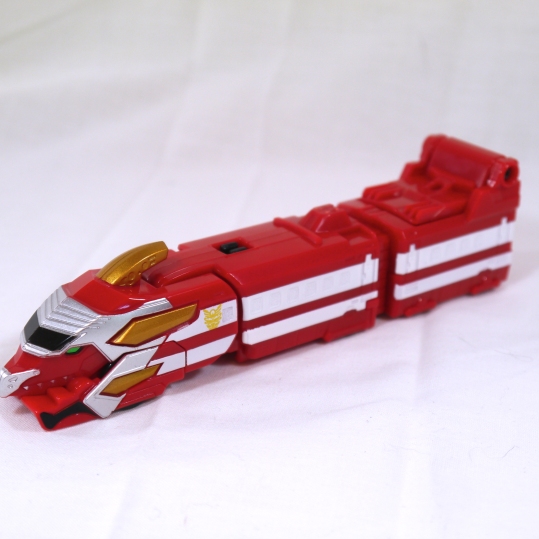 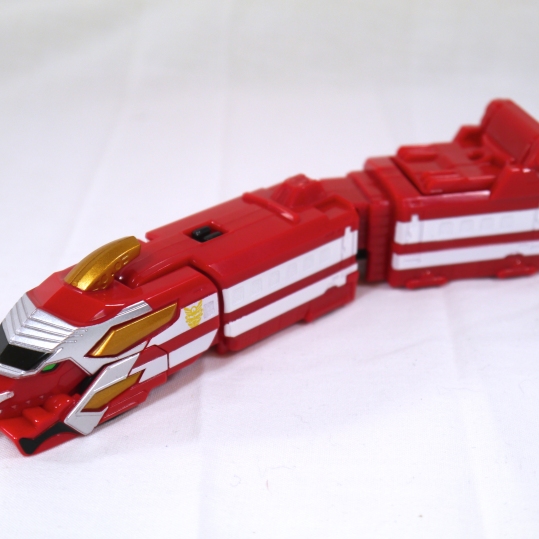 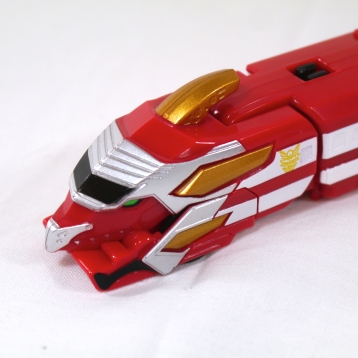 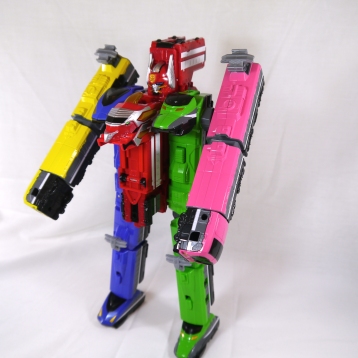 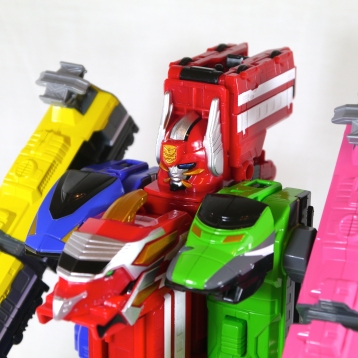 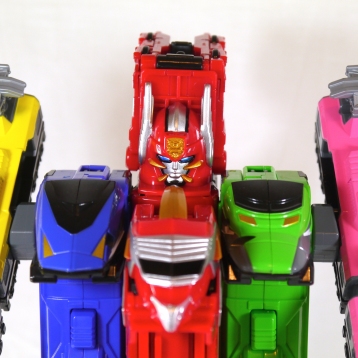 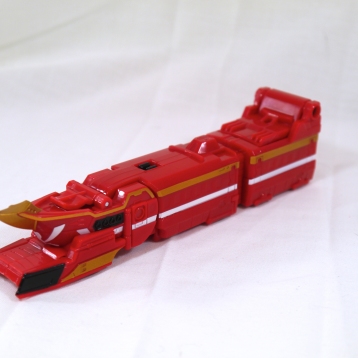 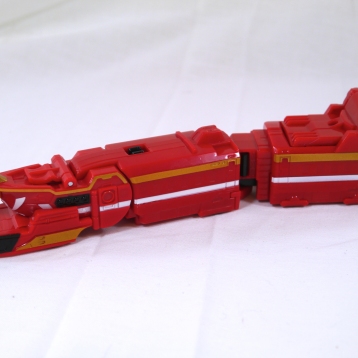 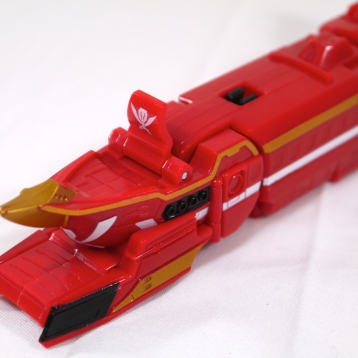 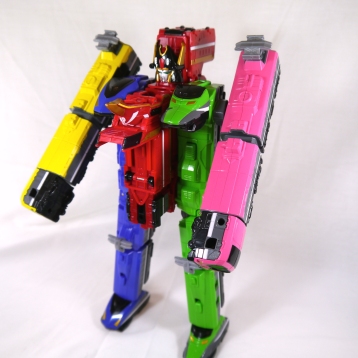 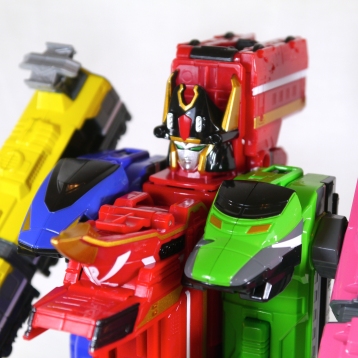 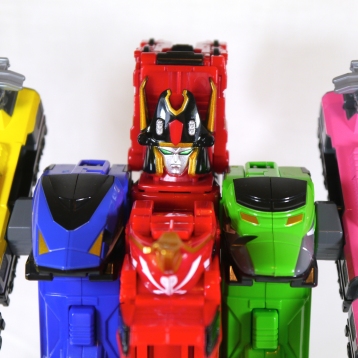 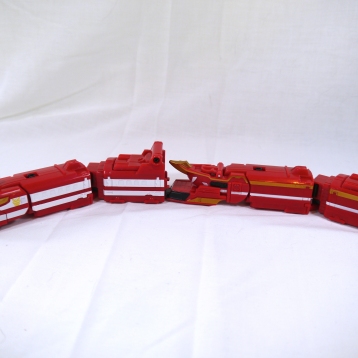 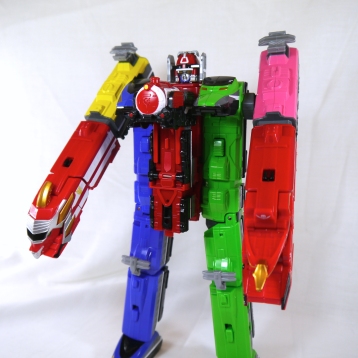 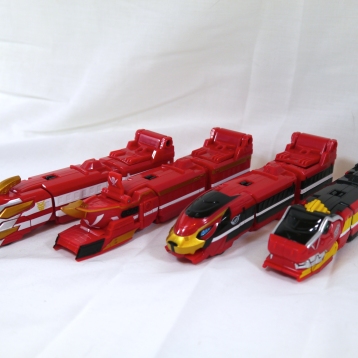 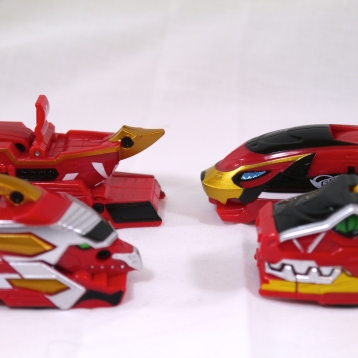