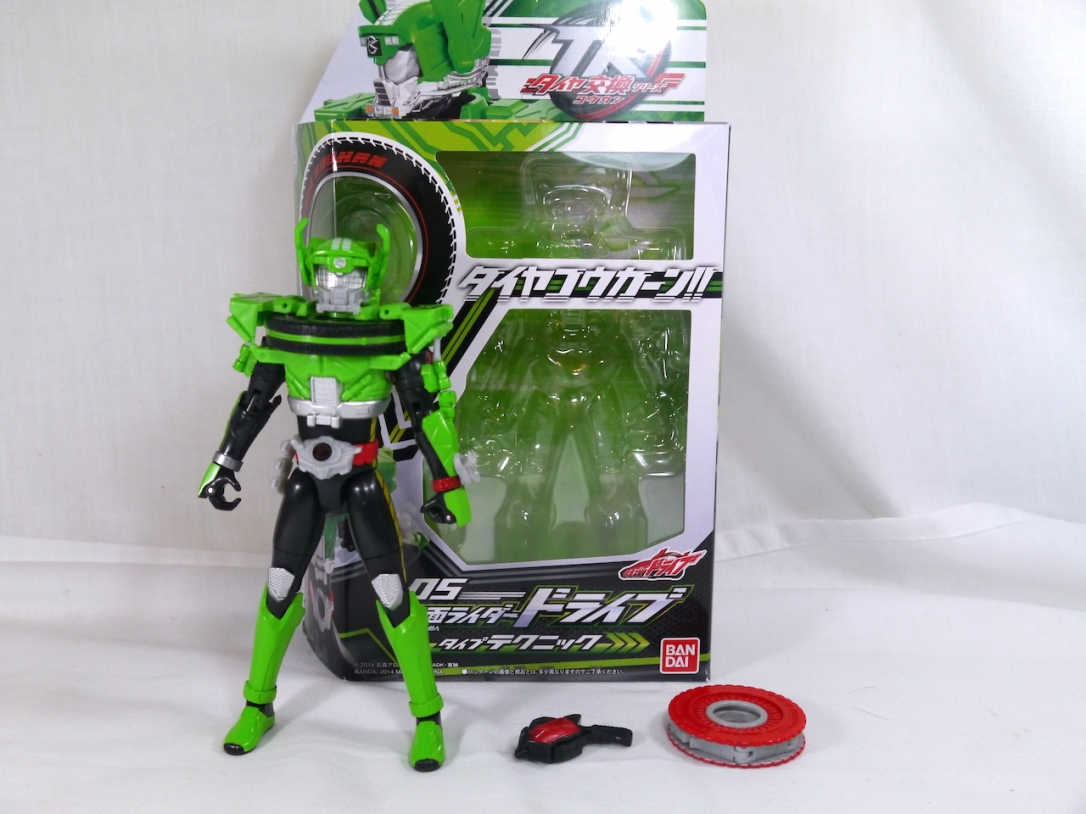 The fifth jump into the Tire Koukan Series brings us yet another body to work with in the form of Kamen Rider Drive Type Technic. It was released alongside the other Technic toys in December, 2014 for the usual price of ¥3,200. Type Technic is Drive’s garbage truck based mechanical form. This form gives him the technical know-how to operate virtually anything. Type Technic works a little bit differently in the fact that the Tire Koukan port is located at the toy’s neck. The entire head and shoulder assembly folds backwards to reveal the port where the tire can be placed. Given the nature of the form’s design, only certain tires will look great in this form. Tires like Max Flare or Midnight Shadow (anything with large extrusions really) don’t work all that well. The shoulder pads can be flipped up to allow these tires to be used, but the end result is aesthetically not pleasing. At least the option is there though. Included with Type Technic is the Fire Braver Tire. This tire fits comfortably in all TK figures thus far, and has a fold out ladder arm that can be posed however you wish. The tire can naturally fit on all TK releases, as well as DX Tridoron.

Overall, Type Technic is a really solid figure. While it’s disappointing that not all tires work comfortably in the figure, the overall design is incredibly unique for a Kamen Rider that I can’t help but love. The Fire Braver Tire is pretty neat as well, reminding me a bit of Magic Hand from Kamen Rider Fourze. It’s a neat addition to the line that I can’t help but recommend, despite some flaws that probably could have been avoided.