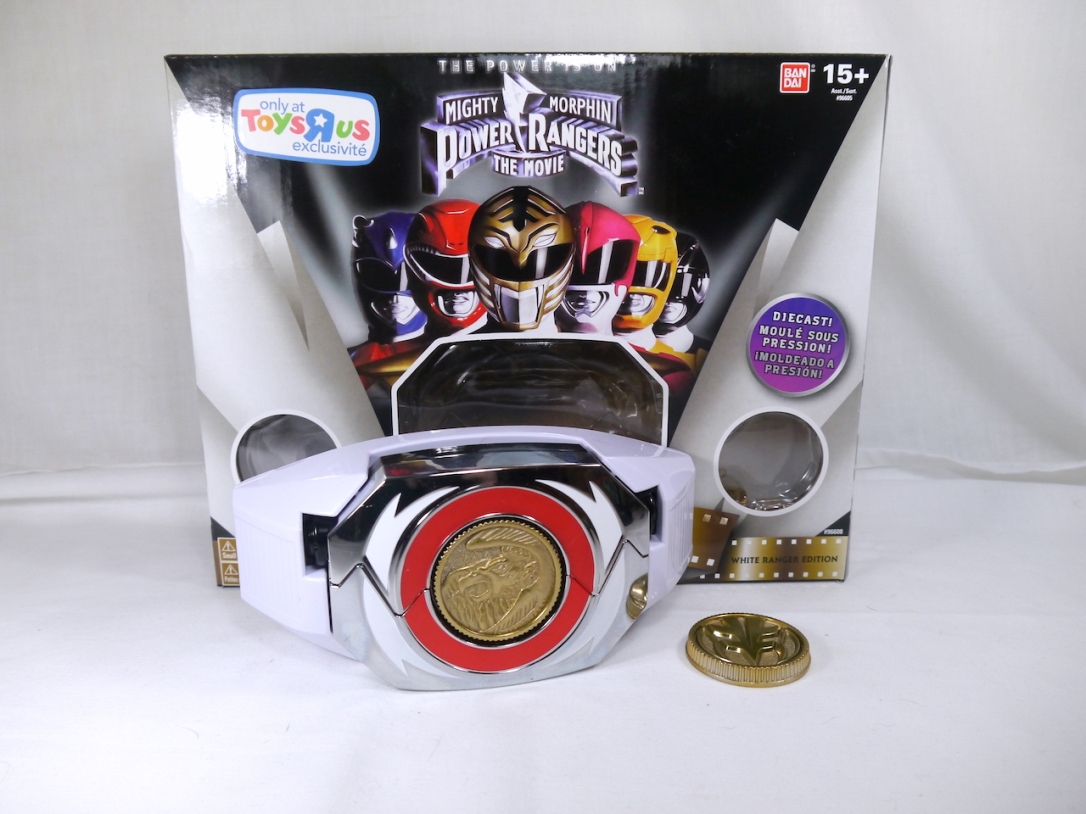 That’s right folks, we have another release of the Legacy Power Morpher! Not only is this our third Legacy Power Morpher, but it’s the second one to be all about Tommy. Unlike the first two Morphers, which were styled after the ones seen in the show, this one is designed after the Morphers used in Mighty Morphin Power Rangers the Movie. For those familiar with the film, the Morphers in that film all had colored lightning bolts that matched their Ranger color. To top it off, all the Morphers were inside colored belt buckles. The toy does a pretty good job of reflecting the Morphers in the movie, while still being the usual Legacy Power Morpher mold. The Morpher is done in a nice chrome finish with white thunder bolts and a red ring around the center, just like the movie. The buckle is now molded in white plastic, to mimic the look even further. That’s about the extent of the excitement. The buckle hasn’t been modified any so that the Morpher can sit flush inside the buckle while facing outward. It also hasn’t had any handles added to give off the effect in the film. No sound effects were changed either. Included are a Tigerzord and Falcon Ninja Coin. Unlike previous coins, these are a flatter gold color instead of the weathered look, to make them different. It’s worth noting that this is the first time a Ninja Coin has been made by Bandai both past and present. Of course, now I want more.

Overall, this release is a very easy pass. If you’ve bought either of the other two releases, there’s not a whole lot here to be excited about. Fortunately the Morpher does look really nice on display, and given the fact they put zero effort into remolding anything, they pulled off the Movie Morpher look the best they could. I wouldn’t really pay full price for some style and a Falcon Coin though, so try to use a TRU coupon or wait for a price drop to get the most out of your money. At this point I’m just upset we won’t get the other five Ninja Coins…Off to find prop makers.