Our final retail Ressha, number 12 in the series, is our big robot of the year: DX Hyper Ressha Tei-Oh! It was released in October, 2014 for ¥12,800. Hyper Ressha Tei-Oh is the mysterious Hyper Ressha Terminal, the base of the Rainbow Line itself. In Terminal Mode, various Ressha can sit on the tracks of the toy. It’s not the perfect balance, but the effect is there at least. Once the terminal is empty, you can fold it up to transform it into the Hyper Ressha itself. While vastly different in design from the actual small Hyper Ressha, the toy is a giant black and gold train. While not the sleekest of things, it is really massive, and I can appreciate that. The small Hyper Ressha sits on top of the larger Hyper Ressha, like some sort of weird parasitic relationship. Finally, if you take the train, stand it upright, and convert the small Hyper Ressha into a face, you can snap it in place to transform the toy into Hyper Ressha Tei-Oh, a hulking gold train robot. This is probably the simplest transformation in the history of Sentai. That being said, I dig the way it looks, even if it has next to no functionality. Finally, by converting the toy back into Terminal Mode, and folding it upright, the other 12 Ressha (Red, Blue, Yellow, Green, Pink, Tank, Car Carrier, Diesel, Police, Fire, Build, Shield, and Drill) can plug into the tracks of the toy to create ToQ Rainbow! This formation had the potential to be really cool, but there’s something lackluster about a final formation that leaves you with the dead corpse of three other robots. It’s one of the few instances where I think designing Hyper Ressha Tei-Oh as a carrier rob would have worked best. I like that it uses all the trains, but you’re left wanting more when you realize not all of the trains pieces are used. Thankfully, because they don’t actually use the arm ports for connecting, all SG and Gashapon releases of the Ressha are fully compatible with ToQ Rainbow. This means you can actually have all the DX Robo on display, while still forming ToQ Rainbow. It requires a lot more purchases, but the possibility is there. Alternatively, this gives someone who only likes final mecha combinations the ability to display ToQ Rainbow without having to buy any of the other ToQ Ressha Series toys, which is pretty unique. Overall, Tei-Oh leaves a lot to be desired, but is pretty neat in its own right. It’s certainly not the best “final mech” released ever, but if you’re into ToQger because of a love of trains, I think you’ll get a kick out of it. That being said, I would wait for a sale, as the list price is just too much for a robot with no lights or sounds. 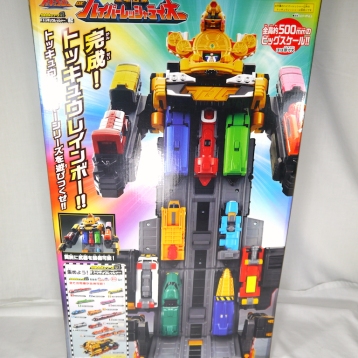 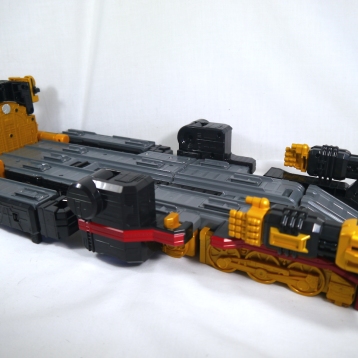 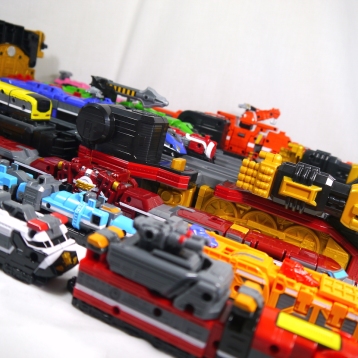 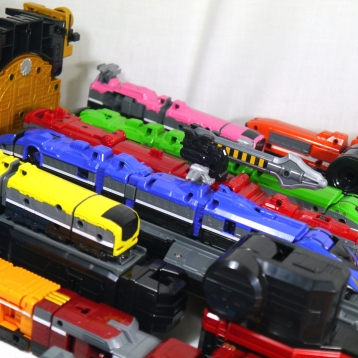 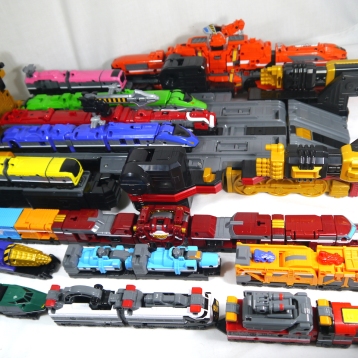 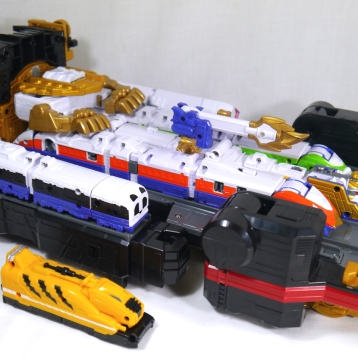 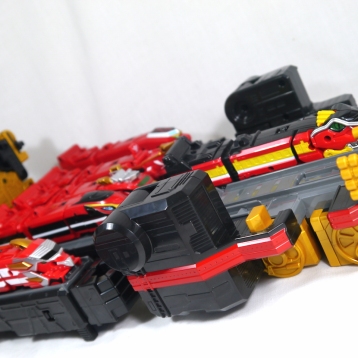 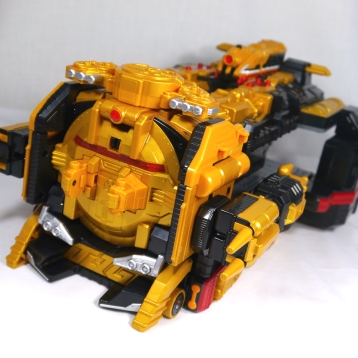 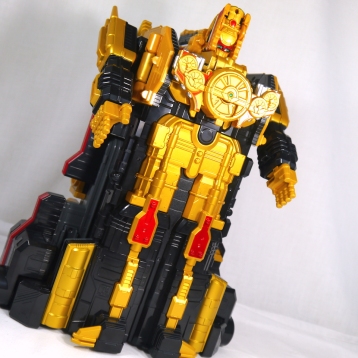 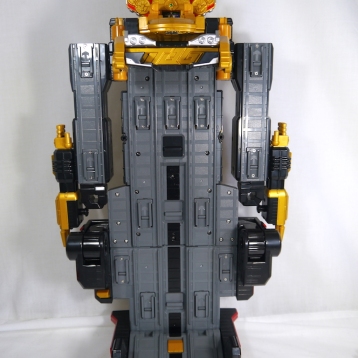 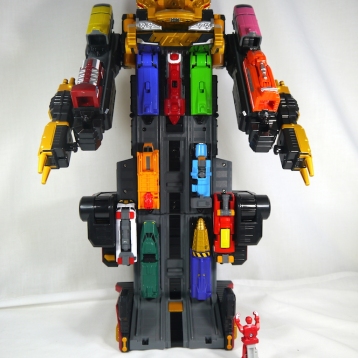 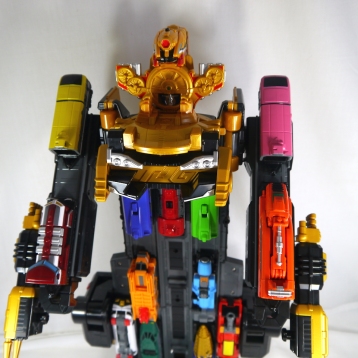 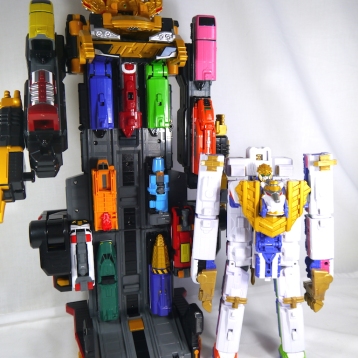 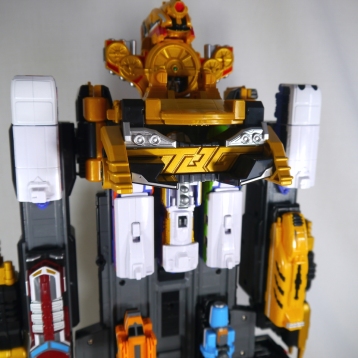 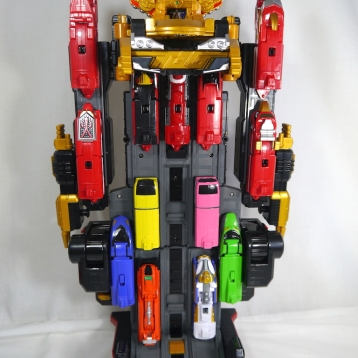 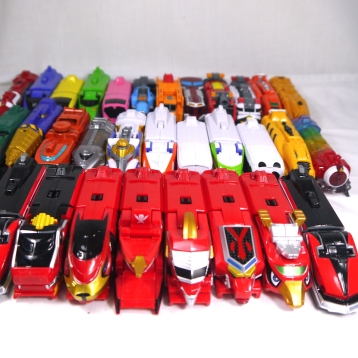