The Karakuri Hengen is an additional sidearm weapon of the Ninningers. The weapon, shaped like a ninja star itself, has the ability to transform into three different modes: Sword, Claw, and Bow. Each mode plays a unique sound or two, as well as an additional final attack sound when a NinShuriken is inserted into the middle of the device. Any NinShuriken can be used to activate the attack. Included with the weapon is the Kininger Shuriken. Use this Shuriken with the Ichibanto to transform into Kininger or use Kiningers special attack. The Kininger Shuriken can also be used as a headpiece for Shurikenjin. The toy was released in March, 2015 for ¥4,800.

Overall, the toy itself just falls flat. I love the concept of a main weapon that can have different forms, be it universal or individual. Unfortunately because of the concept, the toy has to fit all three modes into the same proportion, which just makes the sword and bow modes look really stupid. With all the Ninninger Shuriken getting individual releases, it’s hard to even recommend this for the Kininger Shuriken pick up. Unless you’re hard up for the Shuriken right this second, it is a very easy pass. 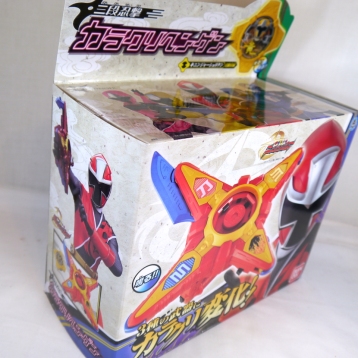 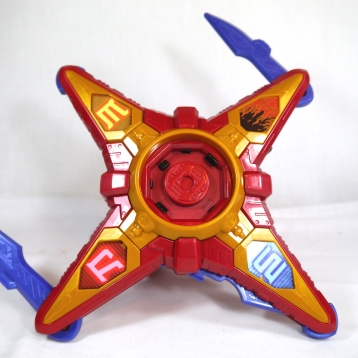 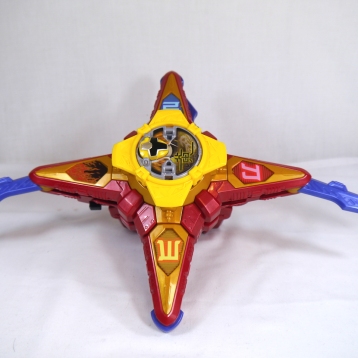 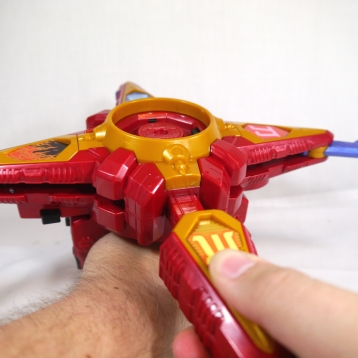