The World of Nintendo series is Jakks Pacific’s attempt at creating a singular line that contains each and every one of their Nintendo products. The line spans plush, 2.5″ figures, 4″ figures, 6″ figures, pull back cars, the Micro Land series, and much more. Each wave of toys for each line are labeled as if they were levels, with the first batch being 1-1, the second being 1-2, and so on and so forth, until something happens and we move to World 2. I love the unifying aspect of the brand, and the “wave” naming designations are really ingenious. As the name suggests, Jakks is pulling from all corners of the Nintendo universe, from Mario, Zelda, Donkey Kong, Metroid, and more.

Series 1-2 of the 2.5″ figures unfortunately only brings us two new figures in the form of Link and Ganondorf, both in their designs from The Legend of Zelda: The Wind Waker HD. Given that this is my favorite Zelda game, I’m more than pleased, but getting a line of only two new figures and four repackages (Fire Mario, Ice Luigi, Donkey Kong, and Diddy Kong) is a disappointment. However the two figures we did get are pretty nice. Link unfortunately has yet another issue with standing. His feet are too small (and curved) to support the figure in its natural position. You can pose the sword to help balance him out, but ultimately the design will make it fall over. The toy includes a nice little clip on shield, so you can choose whether to have the figure wield it or not. Ganondorf is very simple, but looks great. Never having a Ganondorf in this scale before, it’s nice to finally have one to go with my wide array of small scale Link toys. The details are what really get me about this one. They did a fantastic job.

If you’re a Zelda fan, it is definitely worth taking a look at these. Link does have some standing issues for sure, and given how many of these scale Links there have been in various “Gasha” releases, you might want to look elsewhere. Ganondorf is a great pick up though, regardless of his pretty basic stance. If you’re not a fan of the Zelda series then these are a pretty easy pass, but if you’re a Nintendo fan looking to expand even further, plopping these next to your other World of Nintendo releases is nothing but perfect. Until Link falls over… 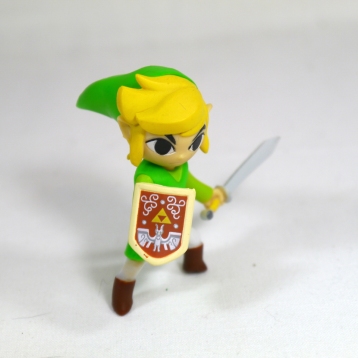 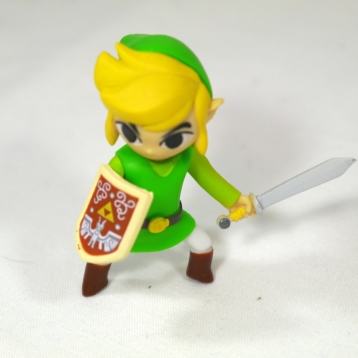 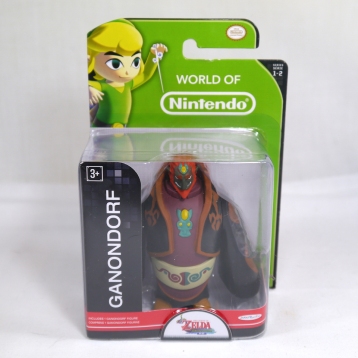 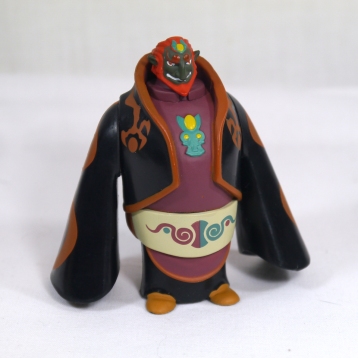