In the beginning of the film, the Turtles are hot on the trails of The Shredder in the Turtle Tactical Truck, a heavily modified garbage truck outfitted with manhole cover launchers, swinging nunchaku arms, and a roof mounted net shooter. This beast of a truck has been released in the Out of the Shadows toy line. While it doesn’t come with any figures, figures can be mounted in the driver’s and passenger’s seats, front or back of the vehicle, inside operating the nunchaku arms, and on the roof operating the net shooter. The truck retails for $39.99 at most major retailers.

Despite the odd plastic quality, I actually like this toy a lot. It’s big, it’s hefty, and makes a great display piece with the four Out of the Shadows Turtle figures. I love that there’s so many places to put the various figures you can collect on it. I also really enjoy the fact that all the main features of the truck shown in the film have been translated onto the toy, particularly the nunchaku arms. It’s not the greatest, but watching them fling around to knock down whatever villains you set up is pretty great. My only major complaint is that the manhole cover shooter was replaced with a “ninja star” shooter instead, and they don’t fire that well.

That being said, the truck is a really neat toy with all sorts of playability with the figures. Kids will absolutely love it alongside the Turtle figures. It might seem like a bit much, but tons of Turtle sales have been happening, so if you can get this thing for a deal, go for it. 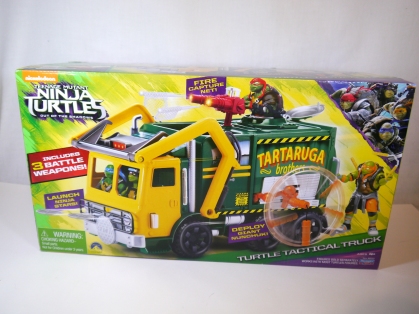 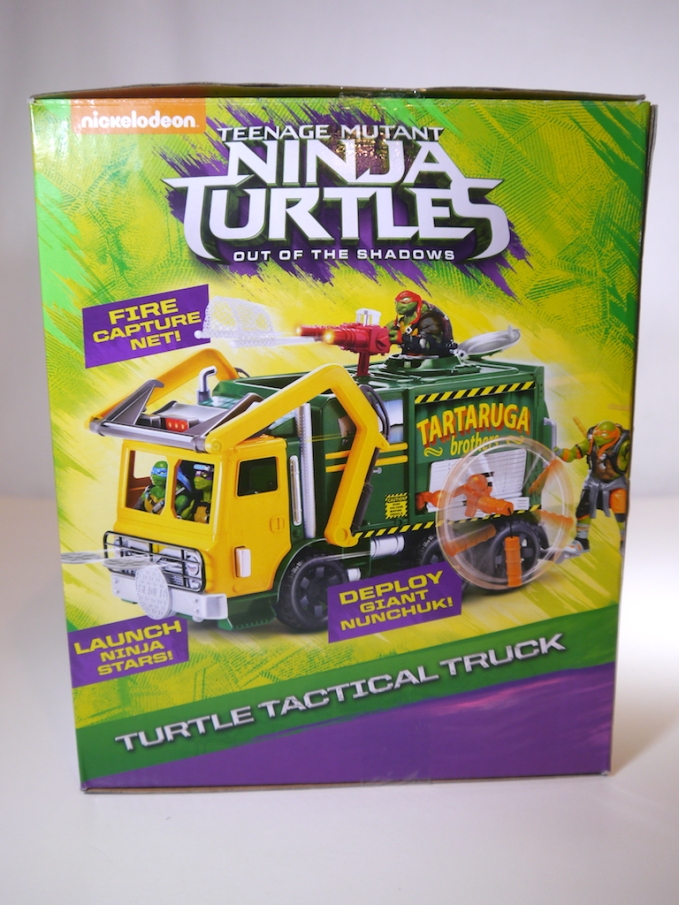 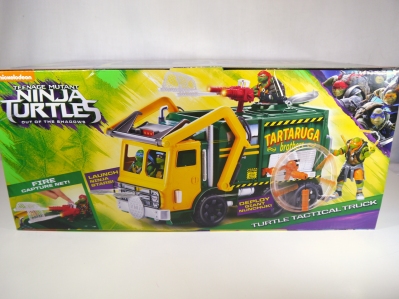 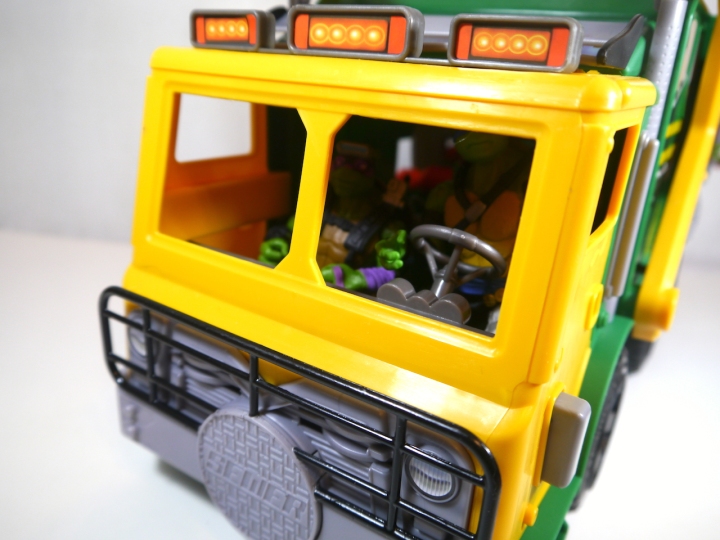 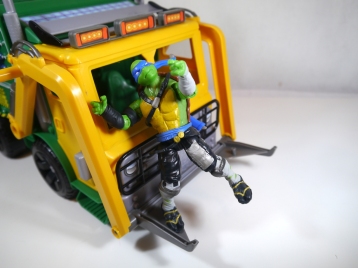 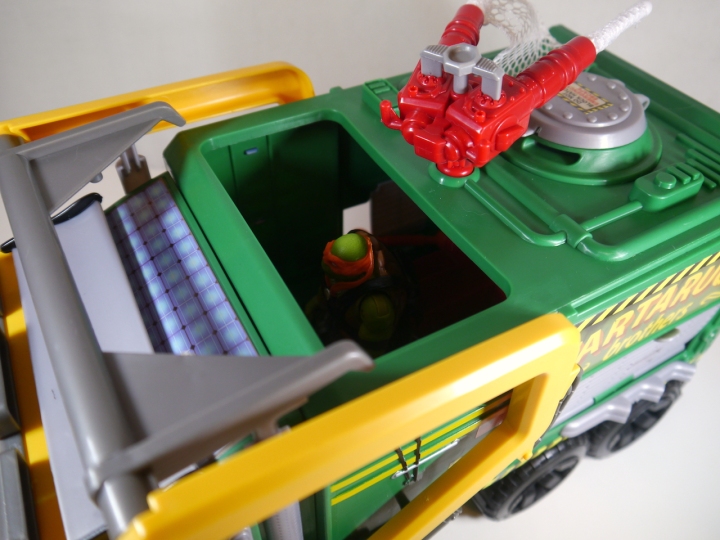 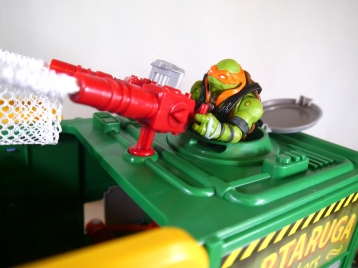 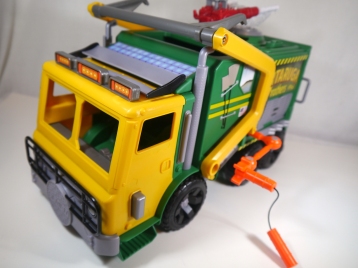 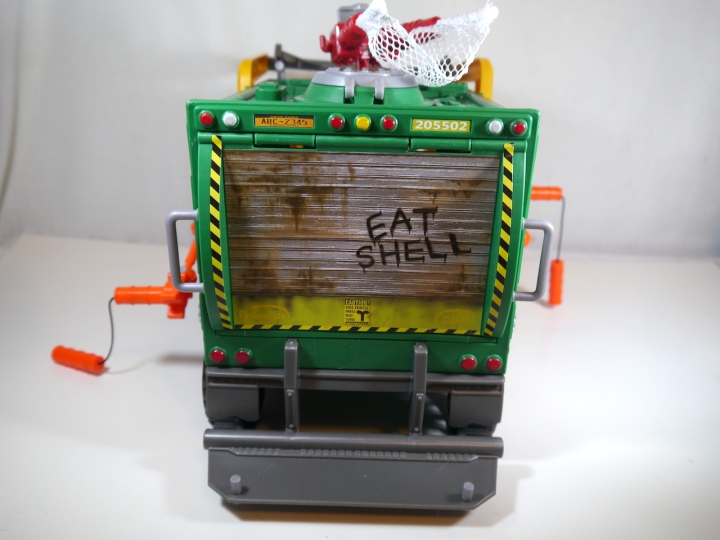 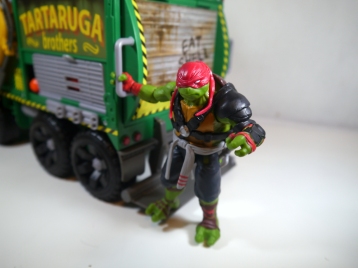