Buy one from PokemonCenter.com here! 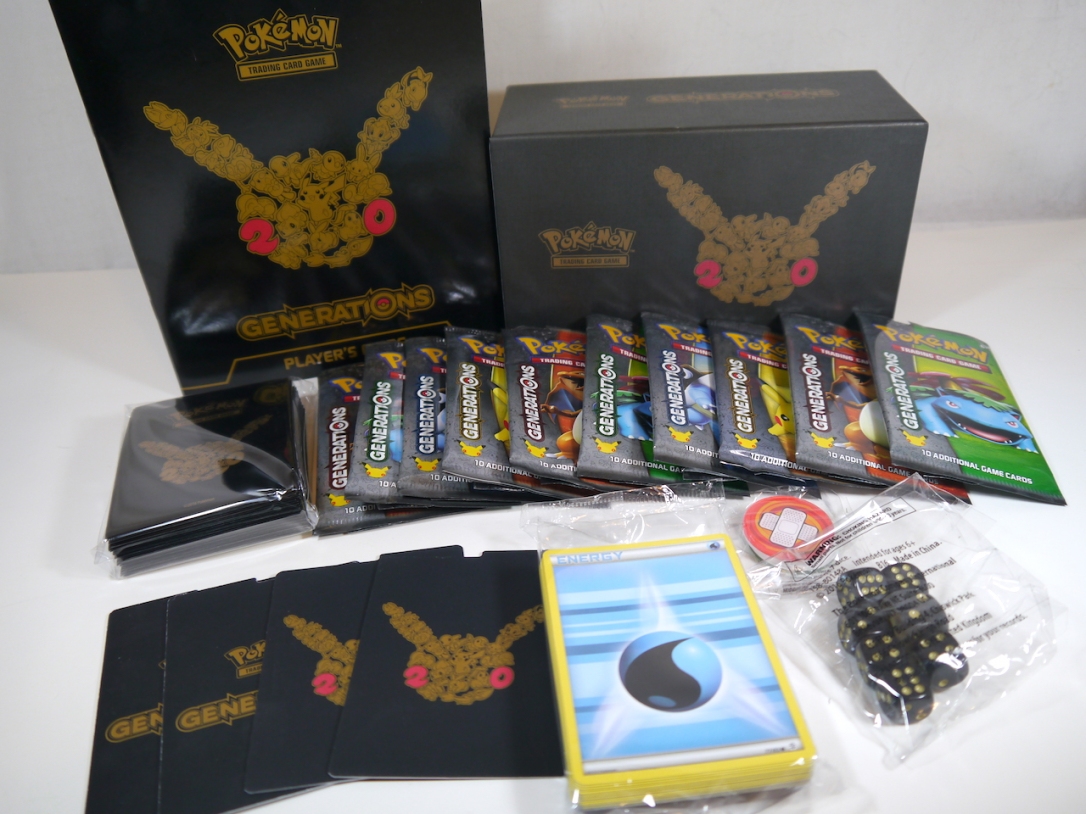 When it first released, Generations was only available in the Mythical Pokémon Collection and Red & Blue Collection boxes. This made the set pretty difficult to collect without buying multiples of these boxes, but The Pokémon Company has released something to give you a fair amount of Generations packs at once: an Elite Trainer Box. The Generations Elite Trainer Box is currently exclusive to PokemonCenter.com for $49.99. It will be available at most major retailers starting September 1st, 2016.

As with most Elite Trainer Boxes, you get the usual assortment of goodies to help get your head in the game. Included is a collectible cardboard box, a players guide that gives some insight on the cards available in the expansion, a pack of 65 card sleeves, four cardboard dividers, six damage counter die, one coin-flip dice, acrylic burn and poison markers, and a pack of 45 Energy Cards. The best part is the pack of Energy Cards are the ones from the Generations expansion, something sought after by fans of the design. Another additional bonus of the Generations Elite Trainer Box is the inclusion of a Shaymin-EX promo card. Unfortunately it is not the popular “Set Up” Shaymin, but it’s an adorable card nonetheless. Another slight change is the box includes 10 total Generations packs instead of the usual 8. A code card is included to unlock sleeves, a deck box, the Shaymin-EX promo, 5 of each Generations Energy and the 10 Generations packs on TCGO. Between the two additional Booster Packs, the promo, and the fact that it’s Generations, the $10 price increase is fairly justified here.

Worth will depend on your pulls, but all the goodies in here are pretty great, and I love all the Geneartions and 20th Anniversary themed stuff found in the box. The Geneartions Energy Cards are a nice bonus, and it’s nice to actually get a promo in these. For fans of the set, or the anniversary merchandise should definitely check this out on PokemonCenter.com.