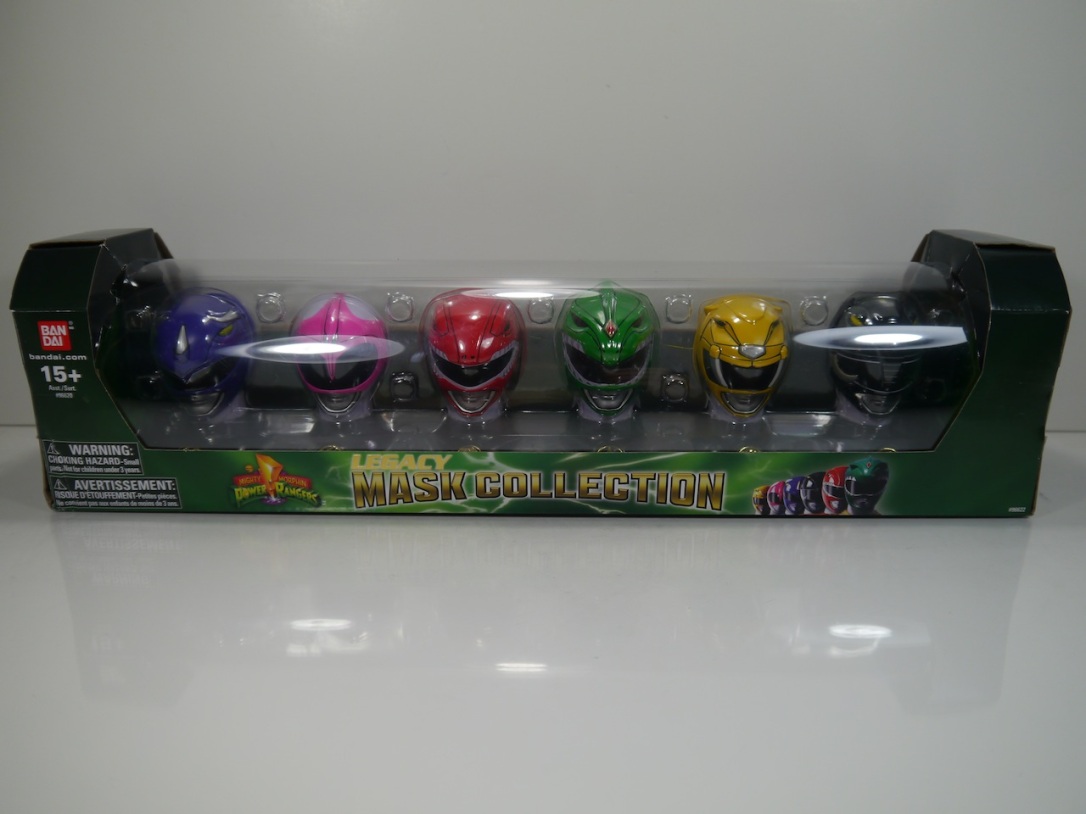 Japan has had a Super Sentai (and Kamen Rider) Mask Collection for several years, with Sentai focusing on the Red Rangers of each series. To celebrate the 20th Anniversary of Power Rangers, Bandai America decided to do something similar, except for MMPR, and not the 20 years of Power Rangers. To go along with the Legacy Power Morpher and Legacy Megazord is the Legacy Mask Collection, another Toys R Us exclusive that retails for $29.99. In this set you get a black display stand with six slots for each of the Season 1 Mighty Morphin’ Power Rangers. Each helmet is roughly 2 inches in height and is a brilliant reproduction of the suit helmets, complete with some added black panel detailing to help make the helmets pop. Below each helmet is the Power Coin of that particular Ranger, with their “Color Ranger” underneath it. There isn’t anything brilliant about these, but the set does look simply brilliant on display. Fans of MMPR or Zyuranger should definitely consider picking this up, as Japan never got anything beyond Tyranno Ranger in terms of Sentai releases. That being said, it’s disappointing that we probably won’t see anything beyond MMPR. As iconic as these guys are, I think some Red Ranger sets would have been a cooler release, and a bit more important to fans. But nostalgia and stuff, so what can you do? Still a nice set, and worth the pick up, especially if you can discount it some.