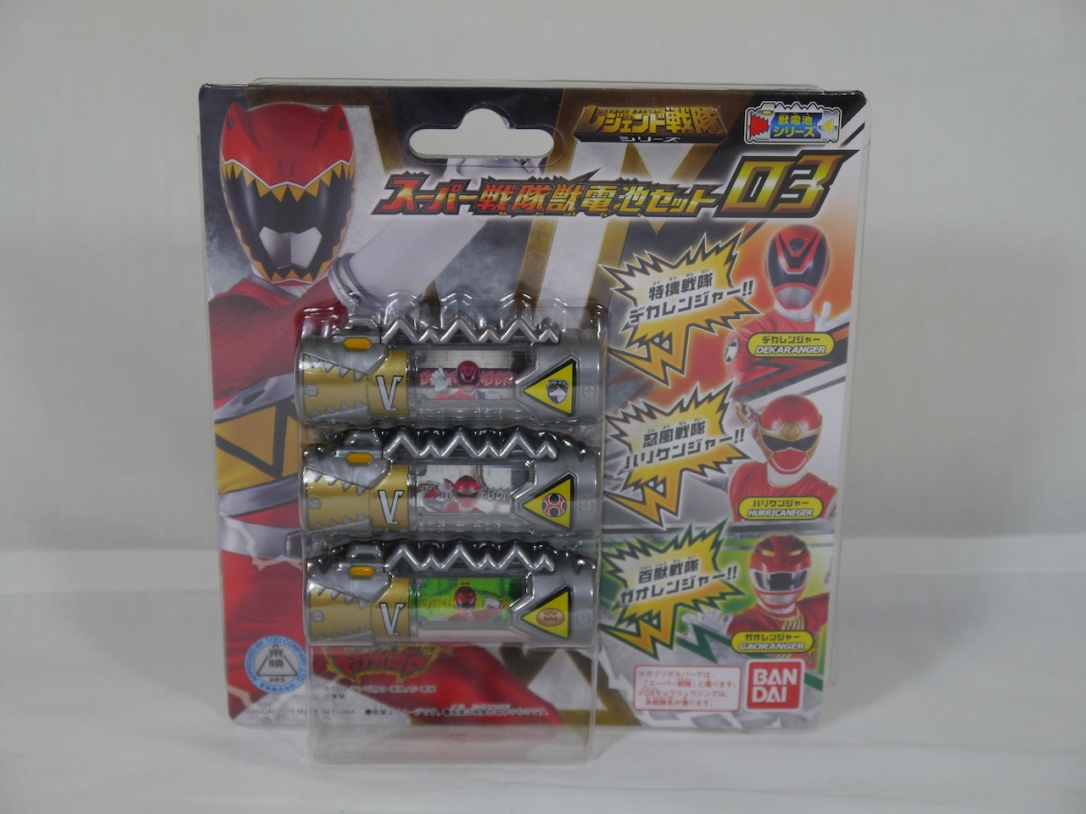 Our final Super Sentai Zyudenchi Set, released in September, 2013, brings us Gaoranger, Hurricaneger, and Dekaranger! As with all the previous Super Sentai Zyudenchi releases, each Zyudenchi is gold in color, with the name of each team written on the back. One side of the front features a red shadow of the Red Ranger from that series, while the flip side features a full color photo of the ranger. In the Gaburevolver, each Zyudenchi will activate “SUPER SENTAI!” in the device. In Kyoryuzin, the toy will announce the full name of the team. In Gabutyra de Carnival, it will activate the morph call for each series: “Gao Access!” “Shinobi Change!” and “Emergency!” respectively. As with previous releases, this set is only really necessary if you have Kyoryuzin or Gabutyra de Carnival, as the Gaburevolver doesn’t really have any major functionality with them. If you’re a fan of any of these seasons, it’s just as inexpensive to get this set as it would be to pick up a single release via the Capsule Sets, so if you’re a fan of any of these seasons, pick up the set and get some bonuses.