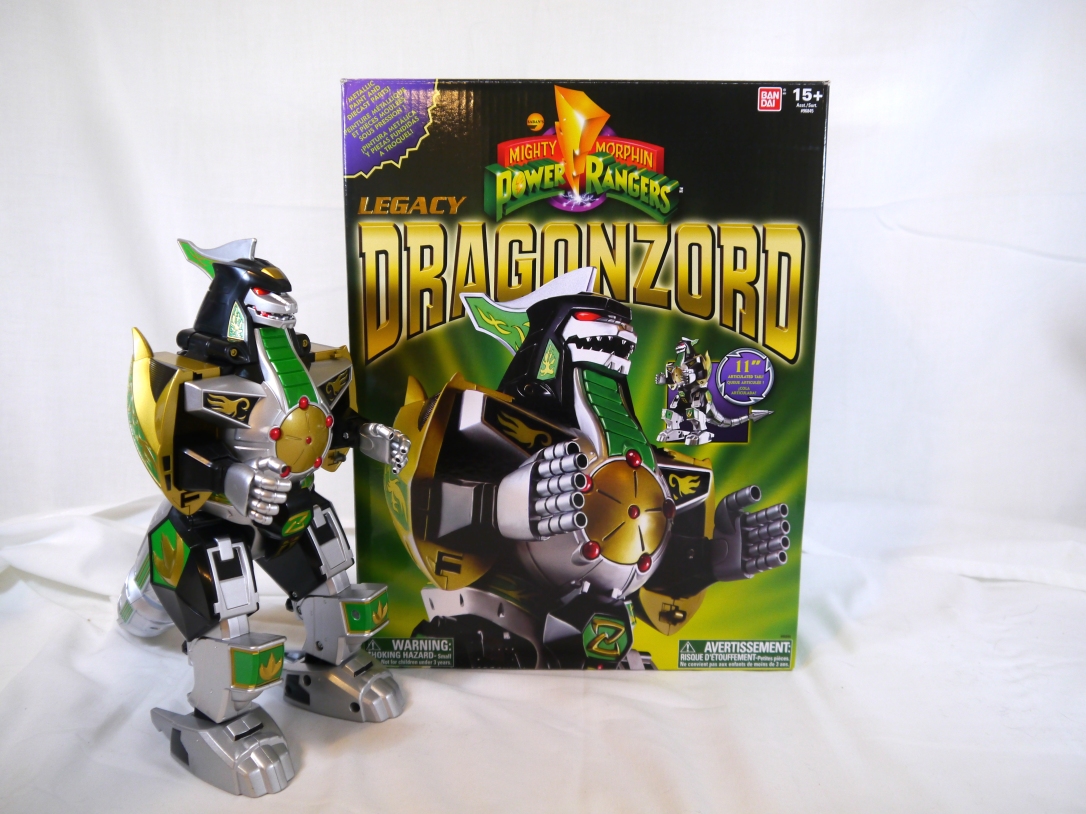 When it was announced they were FINALLY doing a new Dragonzord (after much fan demand in 2010), I was hesitant. The Legacy Megazord, while beautiful looking at the end of the day, was simply a blinged up version of the 2010 toy. Would this Dragonzord suffer the same sort of fate by being a rather lackluster release? The short answer is absolutely not. Bandai has taken this release and slammed the ball out of the park. Unlike the Morpher and Megazord, the Legacy Dragonzord (like the Dragon Dagger) is available on Amazon.com as well as Toys R Us, giving you some options. I picked this up from TRU.com during a 25% off sale, so I got this for around $60 instead of $80, saving me money and making this toy even more worth it.

I’m actually going to cut this pretty short. Words can’t describe how beautiful this toy is. While the Legacy Megazord had beautiful, accurate paint, it still suffered a bit from being a 2010 toy instead of a new mold. Dragonzord solves this issues by being 100% all new, and it shows that Bandai did their homework, wanting to release the perfect Dragonzord. Staring at the suit and this toy, it’s really hard to tell the two apart. The details that were once stickers are now beautifully molded into the toy, with raised details and glossy paint. The toy even features swappable hands: one set as the usual straight fingers, with the other set slightly curved like the Dragonzord suit in the show! The tail features multiple articulation points that allow a pretty decent curve. Naturally Dragonzord can combine with the Legacy Megazord to form beautiful renditions of the Dragonzord Battlemode and Mega Dragonzord formations. Additionally, there are a few Zordbuilder ports scattered around the connections of the toy, allowing for some unique creations of your own as well! The only major flaw I have with the toy is the fact that the drill weapon for Battlemode is way too big, and the legs (when folded up for the transformations) don’t properly peg in anywhere, and due to the heft of the diecast feet, tend to slide back down. That’s the only faults I have for it. Honestly, Bandai has a tough mission on their hands to outclass this release. Considering $80 is roughly the cost of most Japanese robo releases, $79.99 for a toy of this heft, design, and detail is well, well worth it. Even if you don’t have the Legacy Megazord, getting this guy is well worth the price for the display factor alone. Simply a gorgeous release that should belong in any Power Rangers collection. Heck, even if you hate Power Rangers, if you enjoy Zyuranger, this is STILL worth it. Basically, buy this thing. 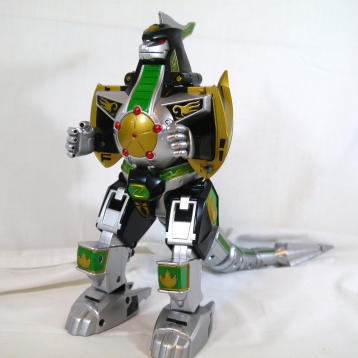 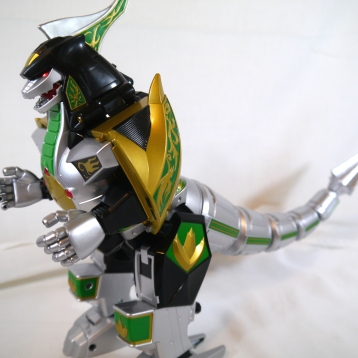 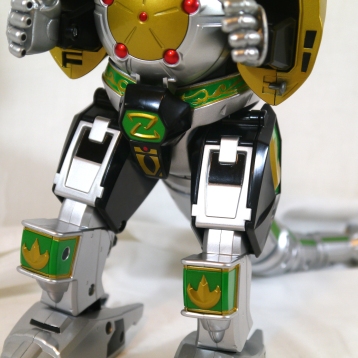 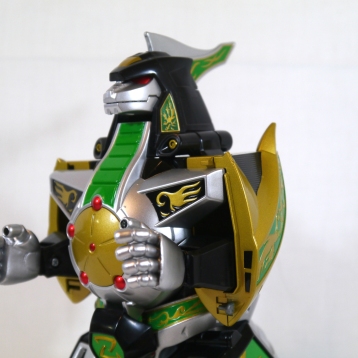 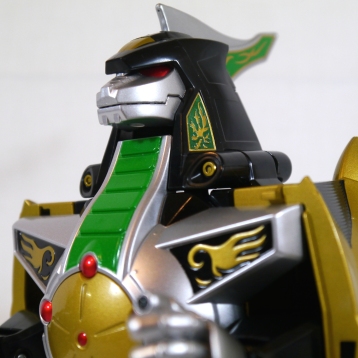 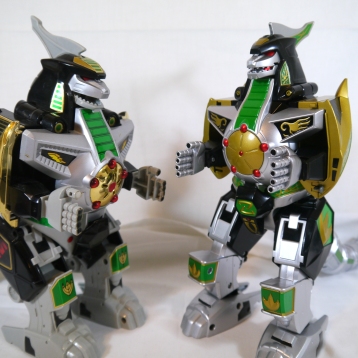 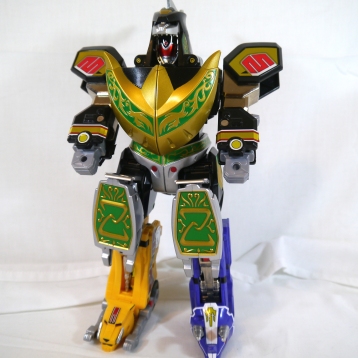 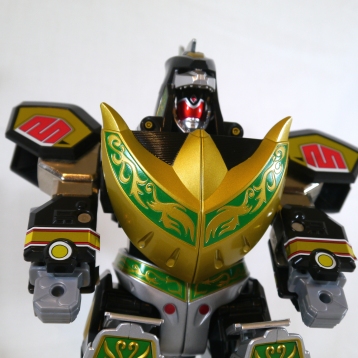 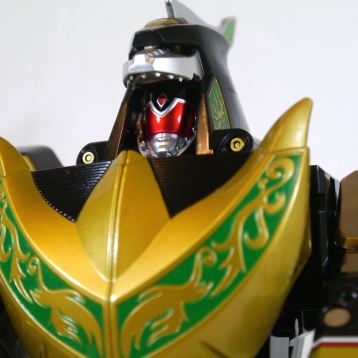 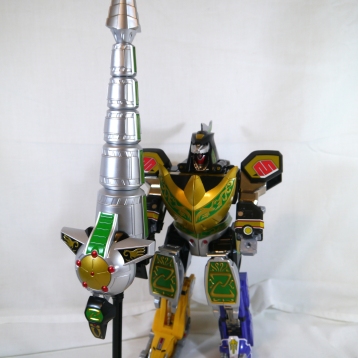 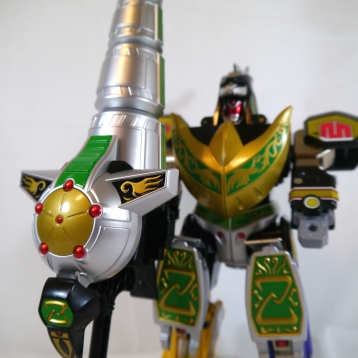 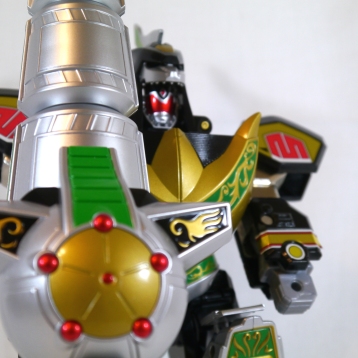 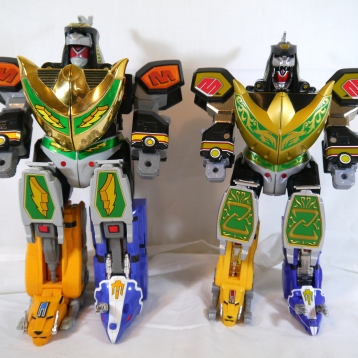 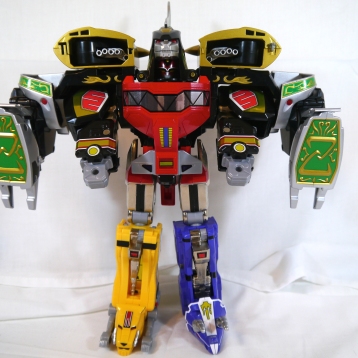 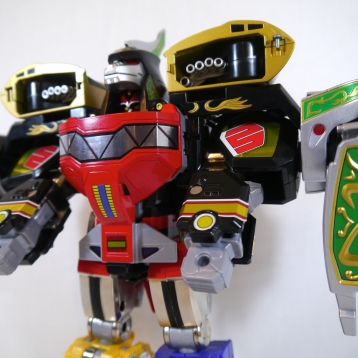 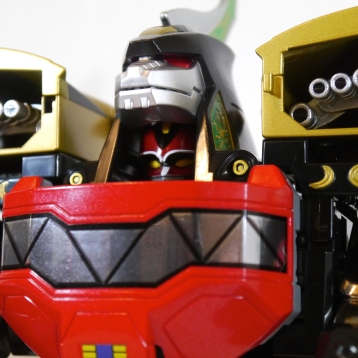 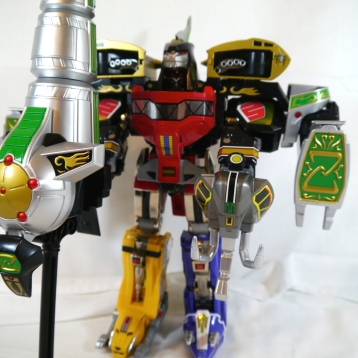 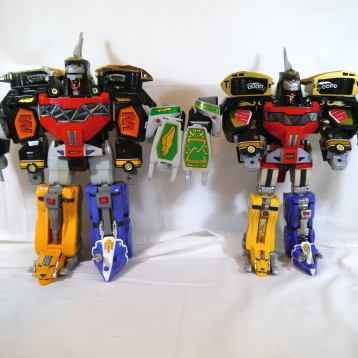 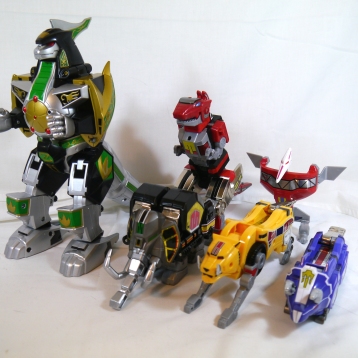 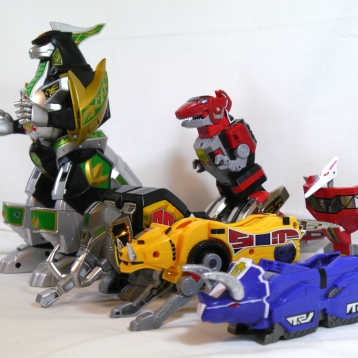 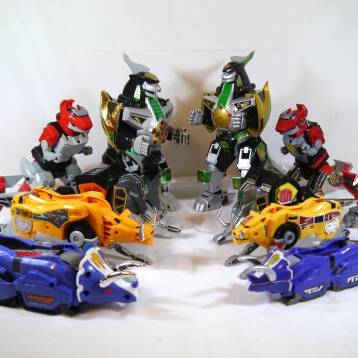 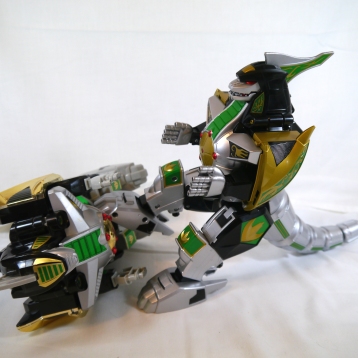 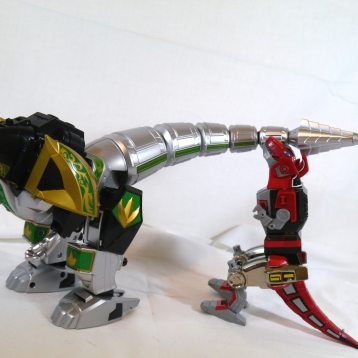