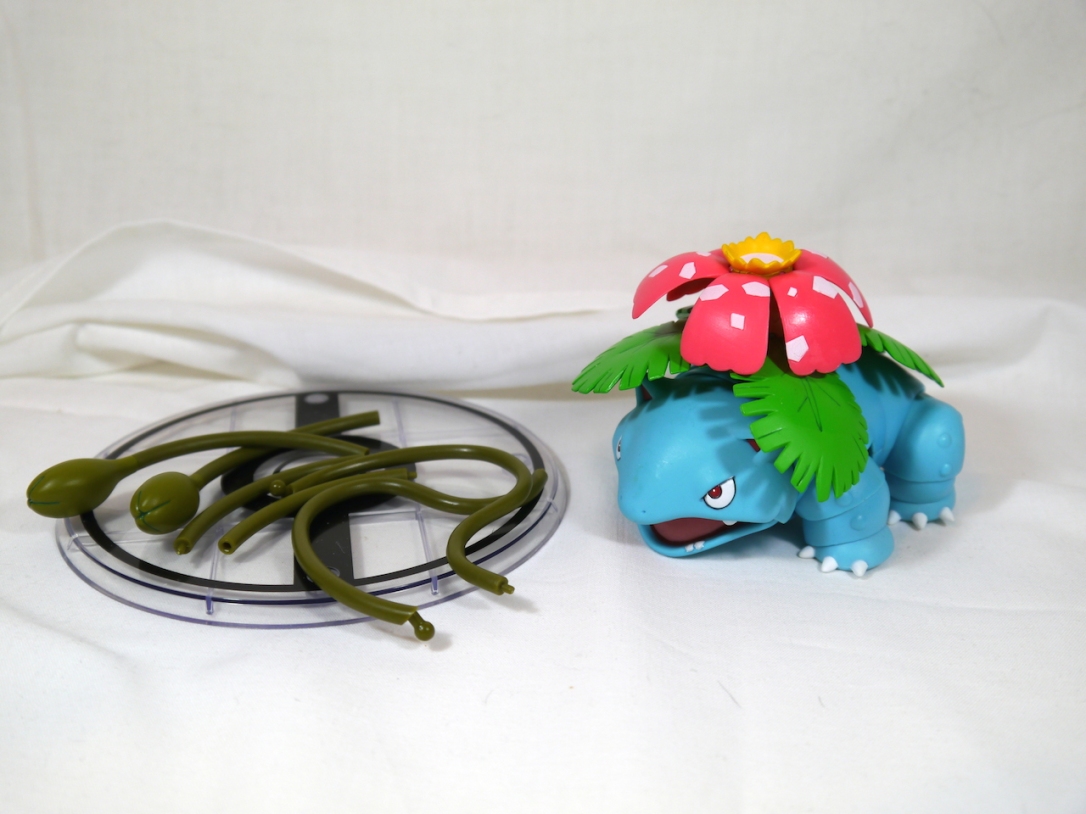 Venusaur was released way back in August of 2013, but I’m just now getting to the poor guy. He was ¥3,800 at release, but unfortunately never saw a domestic US release thanks to US toy distribution rights belonging to TakaraTomy. Unfortunately Venusaur is probably the weakest to date, but that doesn’t mean it’s a bad figure. By being an articulated toy of a stubby four legged creature, he can’t do a whole lot. His legs can wiggle a little bit, but its hard to get any sort of two legged pose like the Pokémon would occasionally do in the show. There is however quite a bit of movement in the tree portion of Venusaur, so that portion will never get in the way, and can be positioned however you like. Included are six Vine Whip segments that can be connected every which way to form one long vine, two moderate vines, or even short vines. They don’t bend, but the segments can be flopped around so that many poses are possible. Also included is the Poké Ball stand, but it includes now posts or clamps. It’s simply the round stage. Overall Venusaur isn’t bad for what he is, but doesn’t have the same fun factor that the previous releases have. If you’re a huge fan of Venusaur, it’s probably worth a pick up. Though knowing most Pokémon fans, they’re gonna want to catch them all, regardless if Venusaur is the weakest in the line. 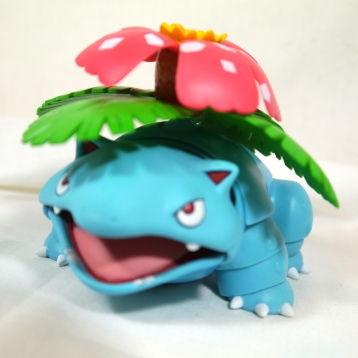 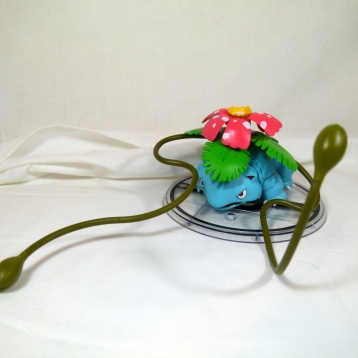 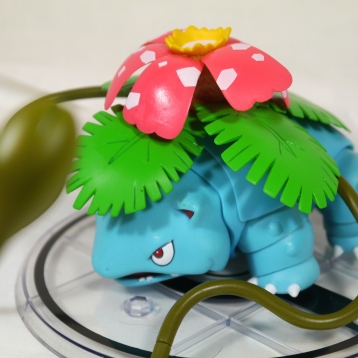 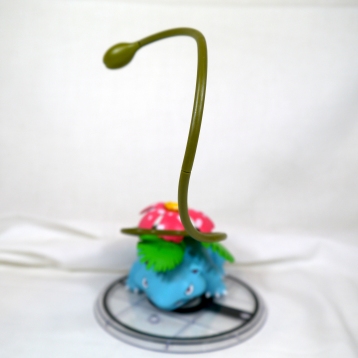 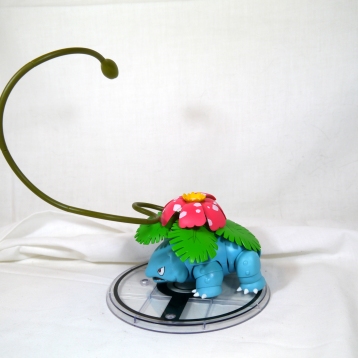 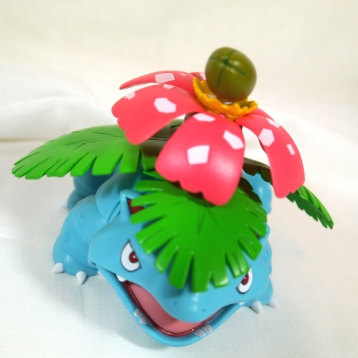 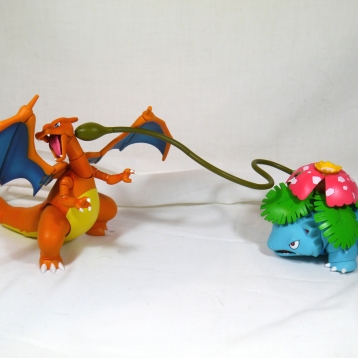 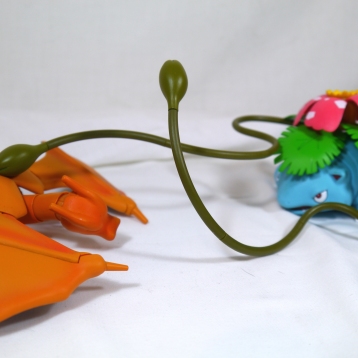 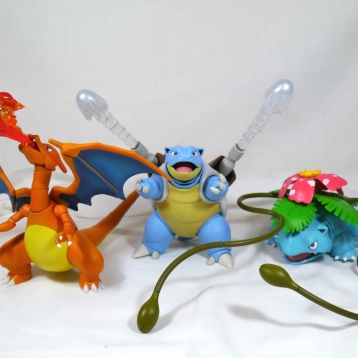 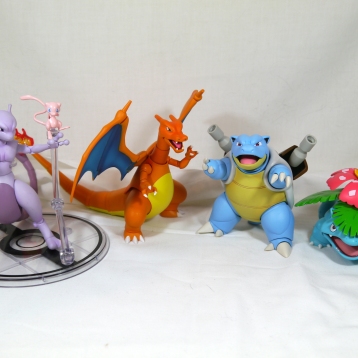 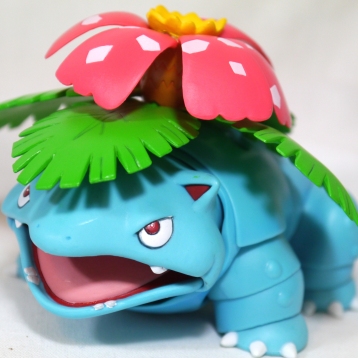 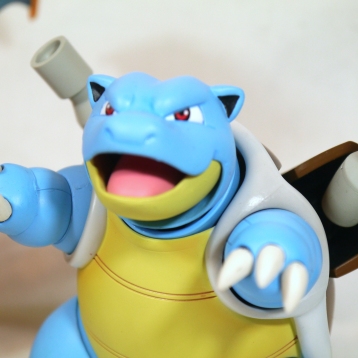 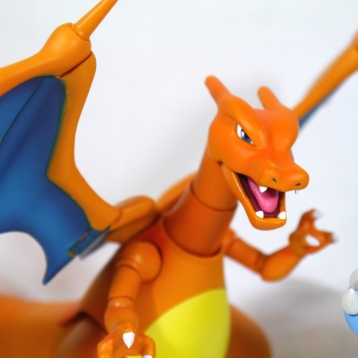 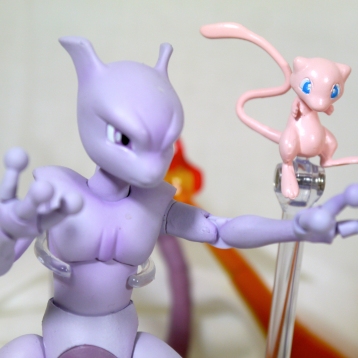 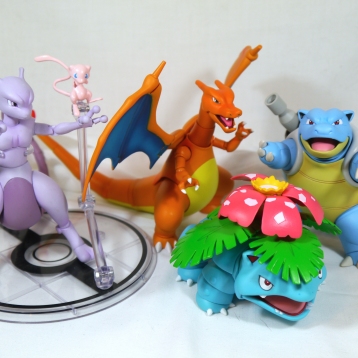