ToQ 6Gou’s personal Ressha is the Build Ressha! It was released in the middle of July, 2014 for ¥6,500. The Build Ressha consists of two different Build Ressha that can stack on top of each other to create one larger train. The main Build Ressha has the base Ressha attached. This front part can fold out to create a scoop like device, and also has the small crane that makes up the helmet of BuildDai-Oh. The second Build Ressha is more or less a long open top carrier train. As mentioned, the main Build Ressha can plug into the carrier portion to create a tall, big, Build Ressha. Transformation is really simple on this guy, and involves folding the limbs down and turning the head around. That’s about it. As per normal, you can remove the two arms and replace them with any of the other released Ressha! While simplistic as can be, I love the way BuildDai-Oh looks. It’s sleek, simple, and just looks great. Easily my favorite of the three Robo so far. Of course, you can combine ToQ-Oh, Diesel-Oh, and BuildDai-Oh to make ChoChoToQDai-Oh!  This thing isn’t a huge departure from ChoToQ-Oh. He gains a scarf (made from the top part of BuildDai-Oh), a reverse scooter-skates (made from the bottom part of BuildDa-Oh), and a staff (made from the Fumikiriken and BuildDai-Oh’s arms). Despite that, I think it’s okay. I’m not a huge fan, and it’s partly upsetting to me that a robot I like so much gets used in such minimal ways. As much as I love the Ressha, their combined forms just aren’t hitting the mark. Unfortunately Fire and Police aren’t officially used, but I figured out how to add them in unofficially to complete the group. Overall, if you like 6Gou, BuildDai-Oh is amazing. I love the core robot itself, and I can recommend this guy even if you don’t buy any other Ressha. He makes a robot of his own, transformation is a snap, and he’s definitely the most coherent of the available Ressha in this line. All in all, he’s a solid release. 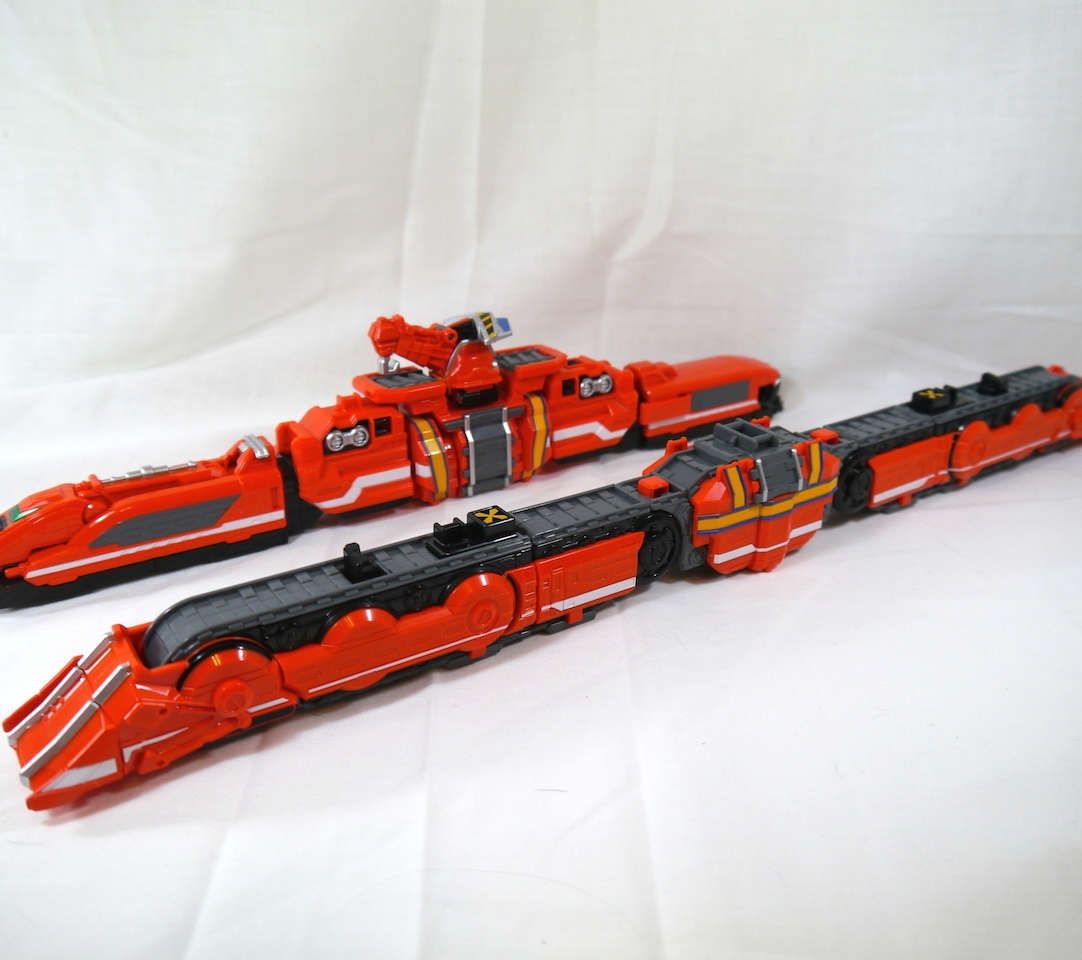 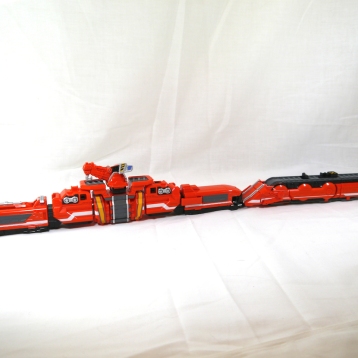 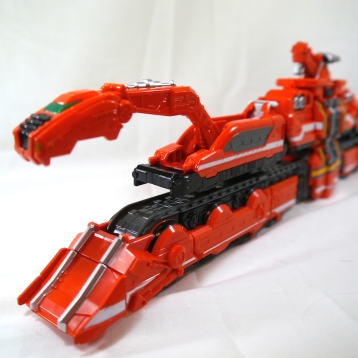 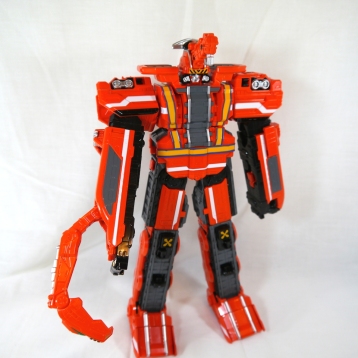 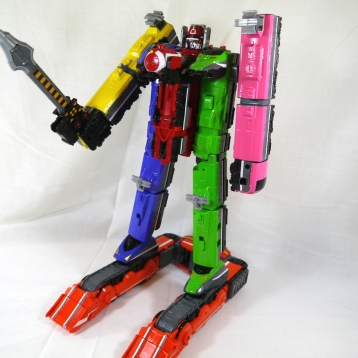 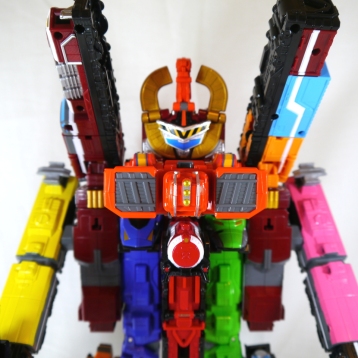