While our first Arms Change PB was a repaint of one we already had, PB02 is a whole new mold! Our second Premium Bandai Arms Change toy is none other than fan favorite Oren, Kamen Rider Bravo Durian Arms! It was released in July, 2014 for ¥4,320. The price is definitely a hike compared to normal Arms Change releases, but the paint on this guy makes up for the extra ¥1,500 or so. Bravo brings us one of the most unique base bodies. While at the core it’s the Baron body, the spiky armor design covering him is unique and really great. To top it off, his bright green suit stands out among the figures, and looks really neat. His head sculpt is nothing to scoff at either. The gunmetal color they used looks great, and I can’t get over how it looks in person. The Durian Arms is pretty great too. While it does leave him with monster shoulder pads, they move enough to not greatly hinder the articulation. It’s also nice to note that despite his spiky exterior, none of the spikes hurt, so it’s safe for younger fans to play with as well. The Durian Arms looks great on several other bodies too, with Zangetsu being my favorite. Of course Bravo is compatible with all the previous Arms Change releases, and even the future ones as well. He’s a great addition to the line up if you can find him for a reasonable price. If you’re looking for a really awesome Bravo, and don’t have an Arms Change collection built up, it’s probably worth your money to go after the S.H.Figuarts release. 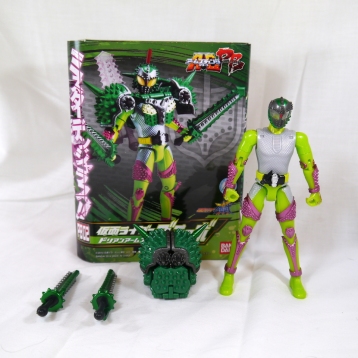 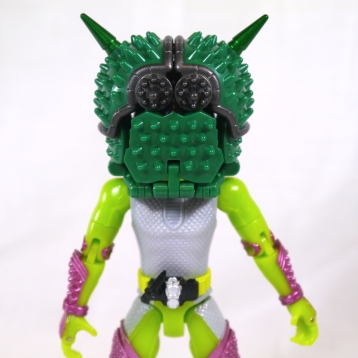 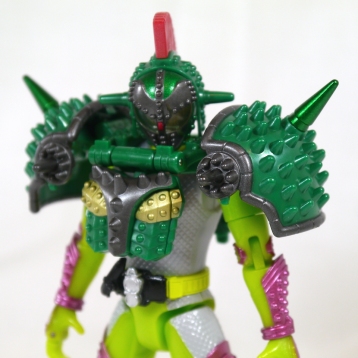 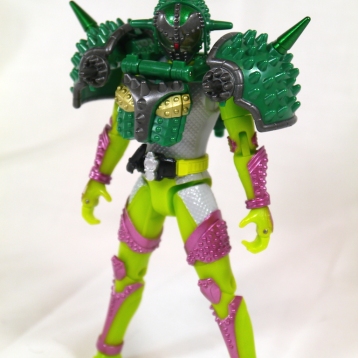