The next Premium Bandai Lock Seed is none other than the Fifteen Lock Seed, the Lock Seed used by Kamen Rider Fifteen in the Kamen Rider Taisen film. The set was shipped out in August, 2014, and was a Premium Bandai Exclusive release sold for ¥2,160 before fees. Instead of drawing its design from a fruit or nut, the Fifteen Lock Seed is designed after the skeletal chest of Kamen Rider Fifteen. The main button plays the opening and closing crack noises, as well as two skeletal clicking sounds. The unlock bottom plays “Fifteen!” The Lock itself looks really neat, and the silver used throughout the toy make it rather plain, but really sharp looking. Inserting it into the Sengoku Driver does not call out the Arms, but plays the henshin tune used in the movie, since Fifteen himself doesn’t actually have an “arms” for his main form. Of course it has the three main attacks, and also has the normal functions in the weapons. Also included is the Kamen Rider Fifteen Sengoku Driver faceplate, which activates the guitar riff sound. Overall, while ultimately a pretty lame Lock Seed compared to things we’ve got, it looks neat, and has some pretty erie sounds. If you’re a completist, or someone that just REALLY likes Fifteen, then it shouldn’t be too hard to get on the aftermarket. Other than that, it wasn’t used in the show itself, and is probably a pretty easy pass. 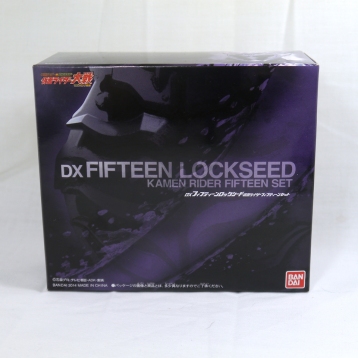 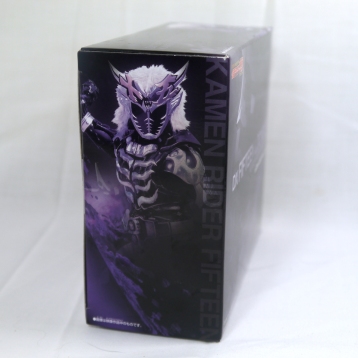 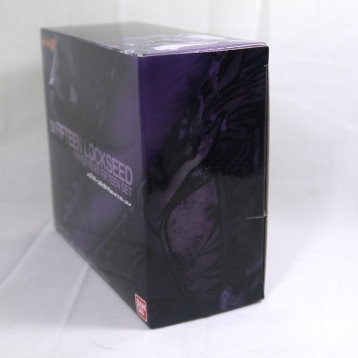 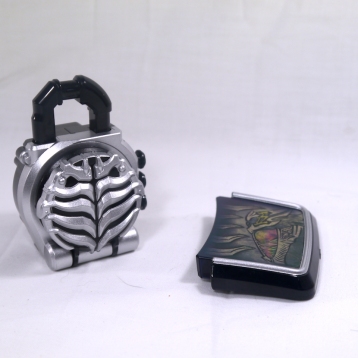 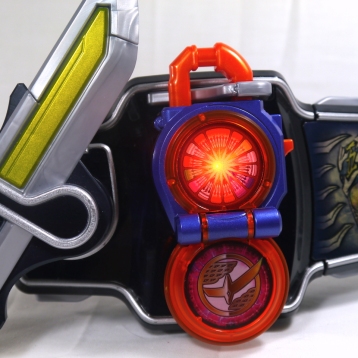 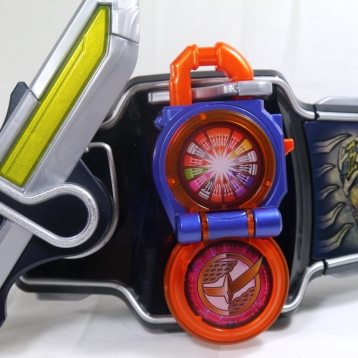