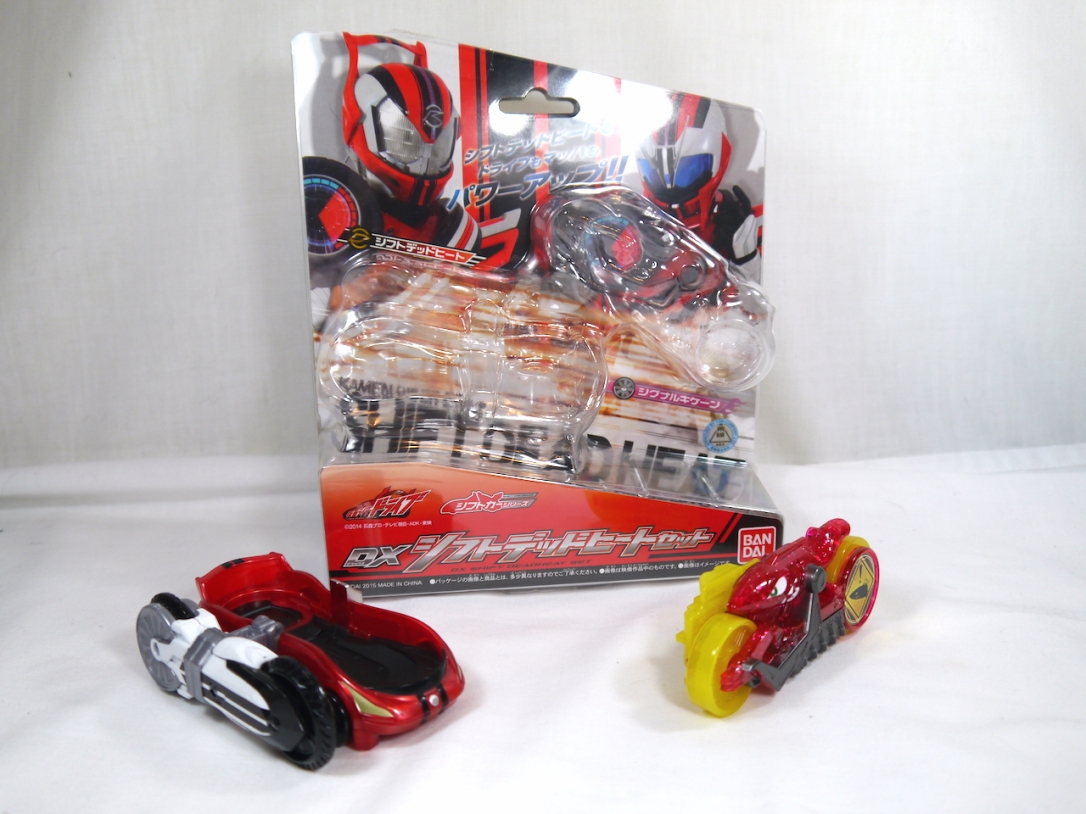 Signal Kikern is the last of Mach’s main Signal Bikes to be released, and it is probably my favorite. The color combination is really fun, with a bright pink color that meshes well with the yellow wheels. I love the shark torpedo motif it has going one, and the power it grants Mach in the show is arguably the best one. Plus the tune is something straight out of Jaws. It’s kind of awesome. In the Drive Driver it plays a “Next! 04!” phrase. The Break Gunner grants us with the usual “Next! System!” phrase.

I’ll be upfront and say I don’t like Dead Heat’s suits at all. That doesn’t stop me from loving this Shift Car. The bike collapsing into the car is a nice change of pace from the usual flick of a Shift Car. The look is a little odd, with the car portion being basically a giant side car for the motorcycle, but it is still neat in its own right. While the transformation jingle for Drive is just okay, the standby jingle is something straight out of Speed Racer and it is glorious. The tunes for Mach are amazing. The transformation jingle is neat, and the standby sound is probably the single most ear pleasing sound I’ve heard in a toku toy of recent times. I just really love it. While it doesn’t add a whole lot to the Drive Driver, it does allow the Mach Driver to sound “Burst!” in front any of the attacks, even after a Signal or Tire Koukan. Pretty neat. It unfortunately plays the usual “Next! System!” sound in the Break Gunner.

Overall, this set is great, and probably one of my favorites. Kikern makes some pretty neat sounds, and just looks really fun. Meanwhile, Dead Heat over here is making some of the coolest beats this side of toku. Despite that, I would really only pick up this set if you have the Mach Driver. Dead Heat isn’t as impressive in the Drive Driver, and Kikern isn’t going to do much of anything fun without Mach’s gear. 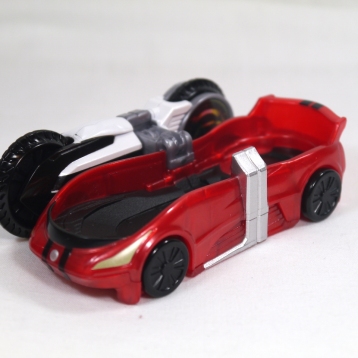 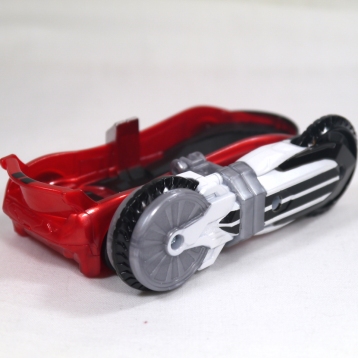 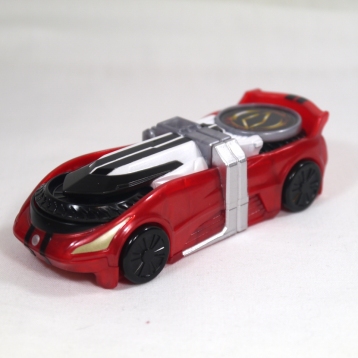 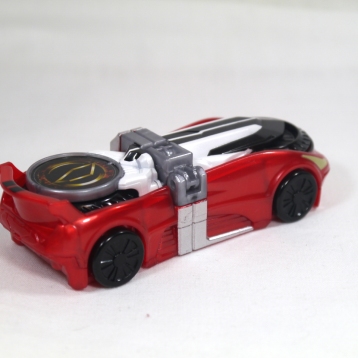 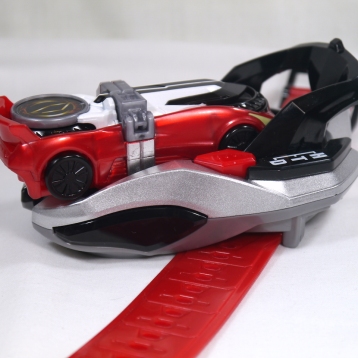 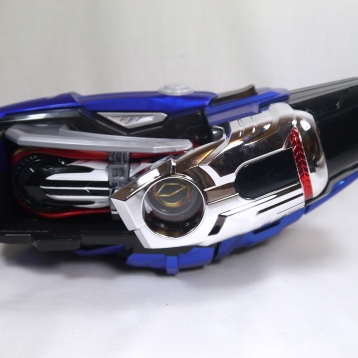 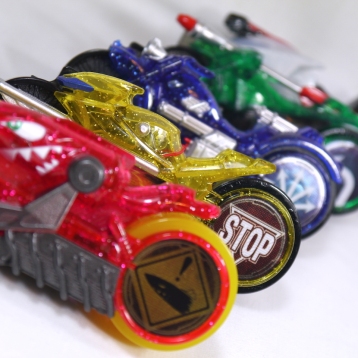