The T-Rex Launcher is our next venture into the basic battle gear assortment of Dino Charge toys. This is an all new Dino Charge exclusive item that vaguely resembles the T-Rex Smasher (Gabutyra Fang in Kyoryuger). However instead of just being a chompy smasher weapon, this toy opens the mouth to fire a small yellow disk. Eight are included, and six can be stored in the weapon, giving you two extra in case you lose one like I did. The toy includes one T-Rex Charger that isn’t any different then the ones found in the Power Packs. Any Charger can be inserted into the back of the weapon to raise the head feathers on the toy. It adds nothing to functionality, but makes it look pretty awesome. The disks fire a reasonable distance with a fair amount of force. The toy is definitely small, but it still works great. As with most basic battle gear, it retails for around $14.99 at most major retailers. This was purchased from Walmart.com.

Overall, the T-Rex Launcher is a great toy that is a whole lot of fun. It takes the basic look of the T-Rex Smasher, but adds a level of playability to it that wouldn’t exist if it were slavish to the original design. The disks fire far, the eye changing gimmick is neat, and the toy looks pretty awesome with the feathers splayed out. While I’m not really sure it is worth $14.99, it is still really fun, and definitely worth the pick up if you like what you see. 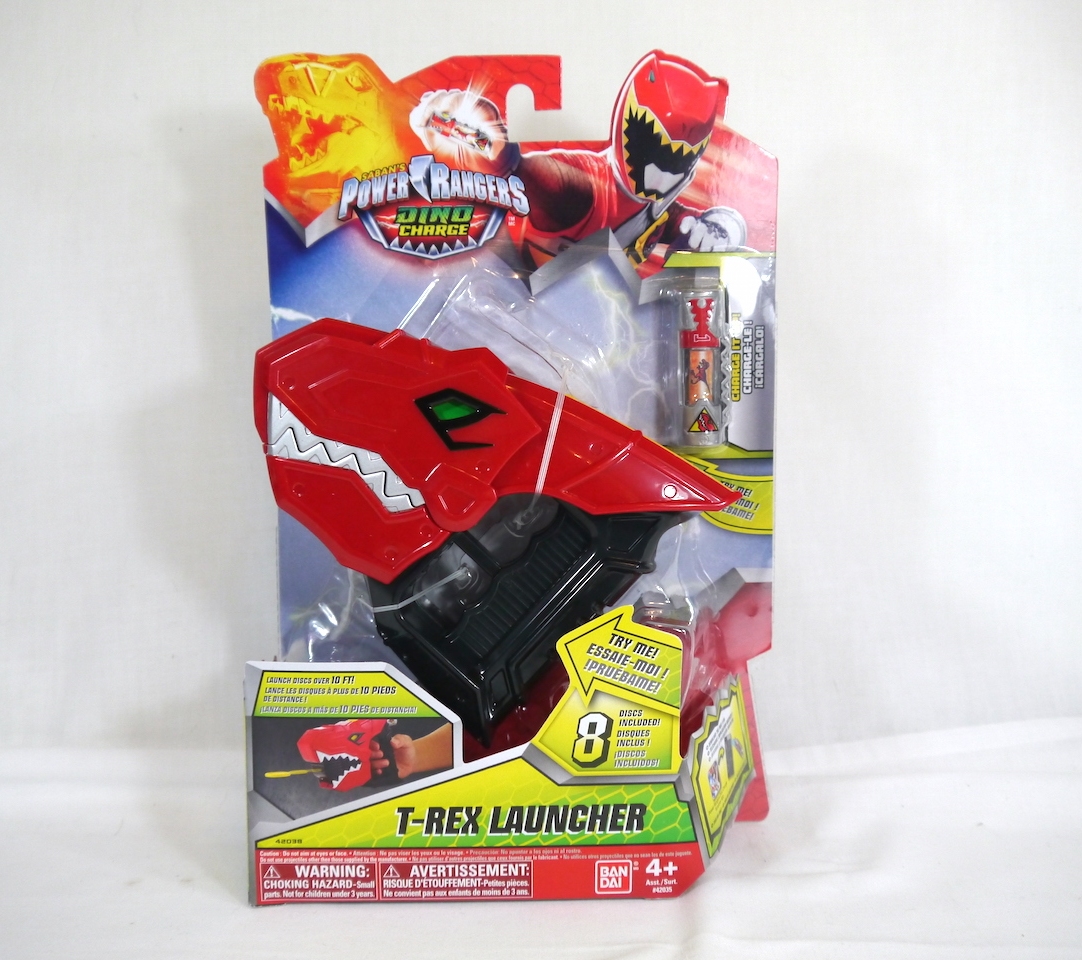 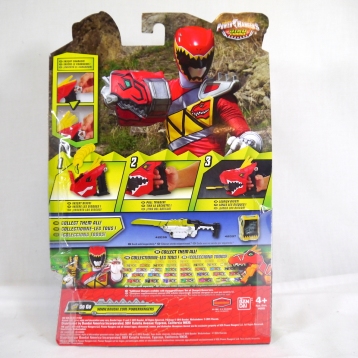 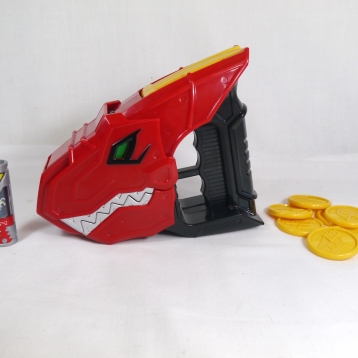 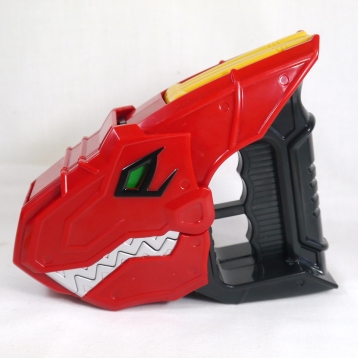 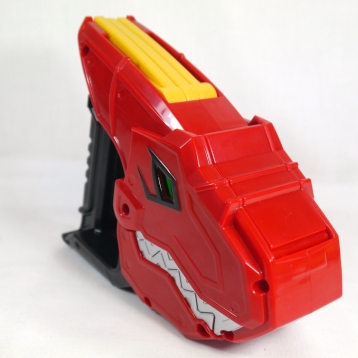 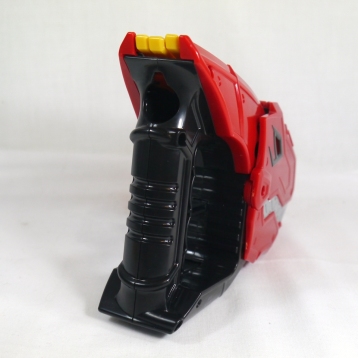 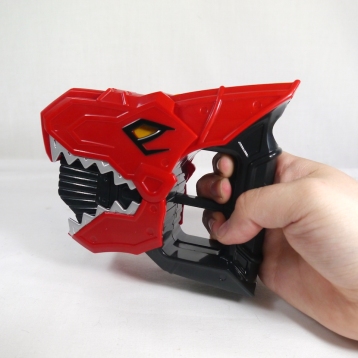 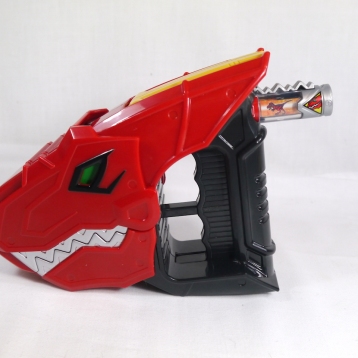 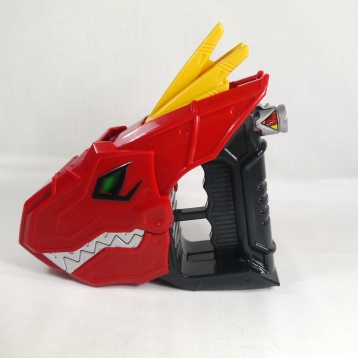 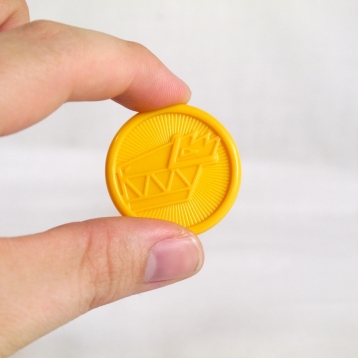 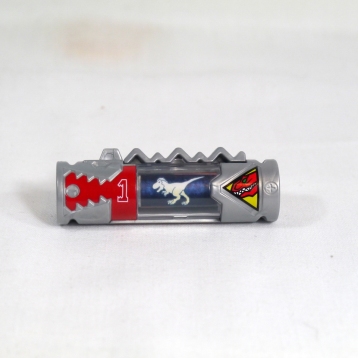 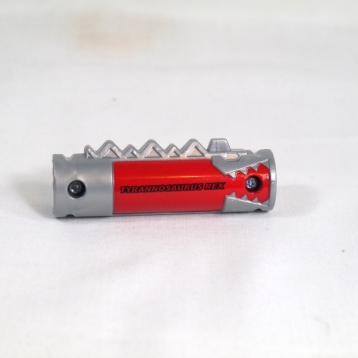