So I missed a package yesterday. I was all sad face. However it showed up today and it brought along a buddy from AmiAmi! I feel like this paragraph should be longer, but it isn’t.

To sum up the New York shit, apparently sometimes packages get routed to New York’s customs office at JFK Airport. Apparently the people here don’t know how to do their job properly, and packages will just gather up and sit there. This riderProxy package was in Chicago’s Customs office for 3 hours before heading to Michigan. The one that was missing sat in New York customs for 9 days before it arrived in Michigan. As of right now, it arrived in Utica from New York, and is now being rerouted to my city as it should have been in the first place. It should be here tomorrow, so we’ll see. 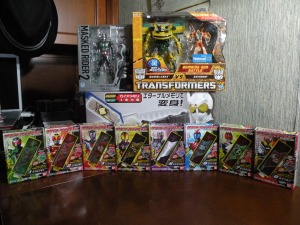 Expect a review of the Memories really late tonight/early tomorrow morning. 🙂 I am the first if not one of the first Americans to own and review these, so it really is awesome.

I’m still waiting for S.H.Figuarts CycloneJoker Xtreme and Robot Damashii KMF Vincent from AmiAmi, and the second riderProxy package with Zectrooper, Neotrooper, and the DX Apparel Joker Memory. If things are awesome, those two should get here tomorrow. I have no idea when the S.H.Figuarts Joker, Robot Damashii Eva-01 Night version, and DX Cyclone Memory Philip Ver. will get here from Oki. They’ll show up when they want to show up.

For a list of what is to come, check the list to the right. As of right now, I’ve got like, 20-something videos that I have to make and upload. Thankfully, after these packages, I have nothing else coming until the end of the month/beginning of September, so let’s crank this shit out! lol

I was really hoping that my two packages from last week would arrive at the same time, but they ended up being a day apart. Today’s package contained: 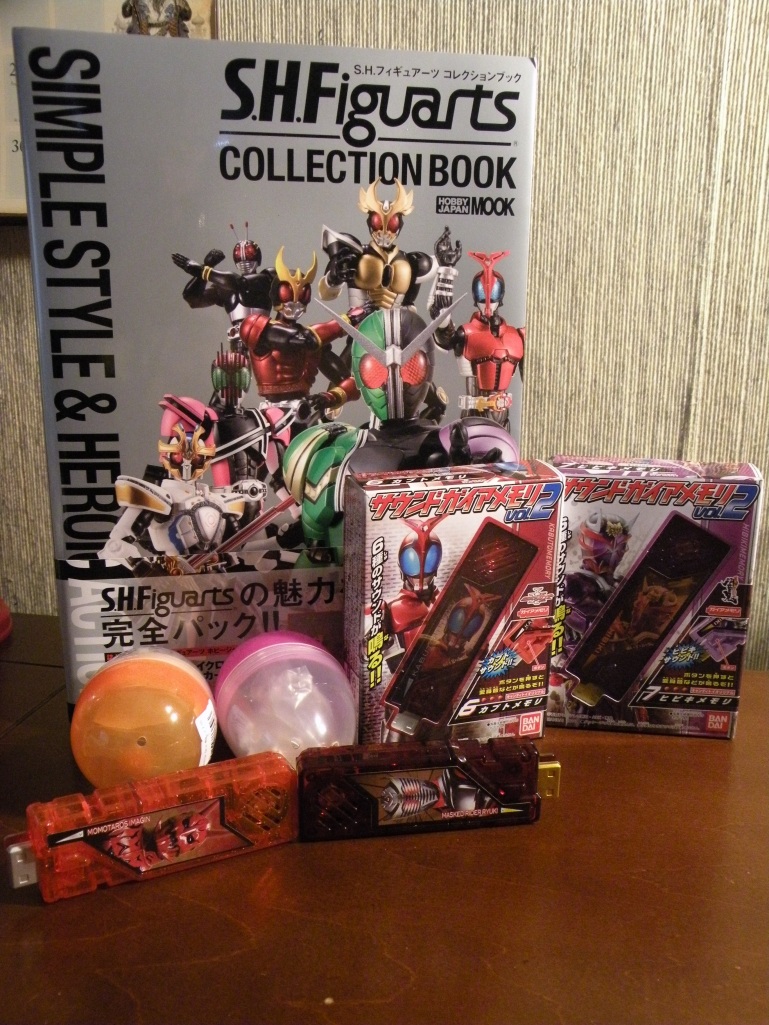 Nothing really too much to add, but here is a tentative review schedule:
Engine Blade, S.H.Figuarts LunaTrigger, 200th Video, Kabuto and Hibiki Memories, then Ryuki and Momotaros Memories.

Stay tuned, and thanks again for the support!

Sometime in December, Bandai release a set of six GaiaMemories to be put in large Gashapon Machines.  For those that don’t know, Gashapon Machines are vending machines in Japan that give out small toys and other various items. The first set includes Cyclone, Joker, Luna, Trigger, Decade, and Ichigo. Since I didn’t need the others, I used the complete stellar services of EX_Japan of Yokatta Shopping Service to get the other two for a relatively cheap price, considering what they were going for on eBay and the like.

Anyway, they come packaged in Gashapon Eggs, and come in two halves, as you can see in the video. Snap em together, and you got your GaiaMemory. Decade has 4 sounds (Kamen Ride, Decade, Henshin Sound, and Final Kamen Rider: D-D-D-Decade) while Ichigo has 5 sounds (PIKIN! (Belt appearing), Henshin Sound, ”Effect” Sound, Cyclone Call, and “Ichigo!”). The colors are beautiful as normal, and sound is standard as the Candy Toy Memories were. I can’t recommend these 2 enough for those that are collecting GaiaMemories.

Check out the photo gallery of the items and their interaction with various toys here: http://www.flickr.com/photos/shukuenshinobi/sets/72157623310366921/